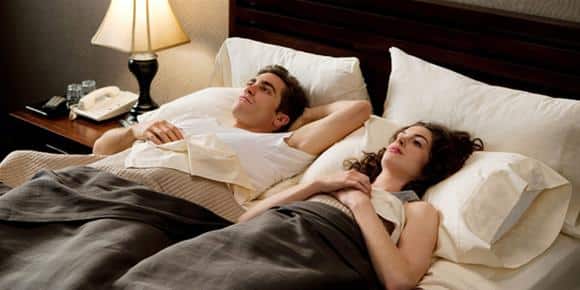 In the sexy new film Love and Other Drugs starring Anne Hathaway and Jake
Gyllenhaal, Jamie is stunned when he encounters Maggie, who has just as
big commitment issues as he does. He’s not used to seeing this quality in any woman he’s been with (and he’s been with a lot of them.) Not only does Maggie see right through Jamie’s sweet talk, she desperately wants nothing beyond just casual sex. She insists on it. She runs from the idea of anything more. And she has good reason. What’s yours?

No Time. Have you seen what it takes now to keep a job? Competition can be
fierce and putting in extra hours and energy at work is sometimes all you can do
just to stay afloat. Add taking care of your apartment, your dry cleaning, or a pet
and really, who has time for a significant other? Not to mention, when can you
spare a minute to even go on a date let alone meet anyone outside of the office
kitchen?


There’s No One To Like. When you’re successful standards can get higher
and relationship possibilities seem fewer and farther between. Seems everyone
you know is either coupled up or a complete a-hole. Besides, since you haven’t
settled yet, why settle now?

Can’t Trust Anyone. If you’ve been cheated on or had more than one partner
disappear on you, it can be more than difficult to get into a relationship again.
Separating all those negative associations with someone new takes a real quality
partner which means it’ll likely also be short term because if you’ve been cheated
on repeatedly you probably usually prefer someone who treats you like crap
anyway, thus continuing the cycle of no one to trust.

Sturdy Walls. Who wants to be vulnerable? It takes energy, trust, and courage
to invite someone in emotionally. The risk of letting them get to know the real
you and then leaving can be terrifying. Most likely your walls keep you focused
on enjoying other things in life like work, nights out, and not getting hurt.

Career Love. You’ve worked so hard to get where you are and you know how
far you could go. Who wants a relationship to stand in the way? You’ve got
time for that later. And let’s be honest, a good job with some hotties to have
drinks with after work could be all you need to fulfill the companionship part of a
relationship. Now all you need is the sex.

Enjoying the Game
Being single is no longer the third wheel experience it used to be. Now, it can mean friends, freedom, and great dating stories to share at a
dinner party that all the boring couples will latch on to so they can live vicariously.
You’re just having a good ol’ sexy time.

Not Ready. Having adventures before getting married makes sense if you’ve
seen your parents (and even some of your friends already) get divorced.
Figuring out who you are and what you want is sometimes a solo deal. And if
you’re coming from a sheltered past you might be even more tempted to play the
field and see what’s out there.

Big Fat Secret. You have a secret and think no one would be able to handle it
let alone love you for it. An STD? A dysfunctional family? Thousands in debt?
All of the above?

PTDD: Post Traumatic Dating Disorder. Endure yet another break up? No
thank you. Some women undergo one big broken heart that they never let
recover. Some experience one disappointing dude after another and just get
burnt out. Who can blame them? And if it’s been a long time since either one
of those, loneliness and hopelessness can set in. That’s when it feels like a
relationship is never going to happen anyway, so why not just get laid and take
the possibility of disappointment out of the equation?

What If There’s Something Better Out There? No one wants to miss out
on something better. But is this concern a gut feeling you should trust telling
you there is in fact that right-er person out there? Or is it delusional hope and
ironically you might actually miss out on someone that you didn’t know is the best
you’re gonna get?


This commitmentphobic role-reversal could be a sign of a previous manly trend
now co-opted by women as they get more successful and prefer not to be
tied down as well. Or it could be masking an inner-battle between the desire
for success and a deep urge to find love. Still, no matter what the reason for
steering clear of long-term commitment, the trick is when you’re ready, to choose
someone who has enough of a life they can let you feel cared for but free.
Essentially, someone who is more inspiration than drag. Someone you want in
your life for an extended period of time. You might be surprised and fall in love
unexpectedly. Perhaps the person you least expected will become the person
you need the most. Just ask Maggie.