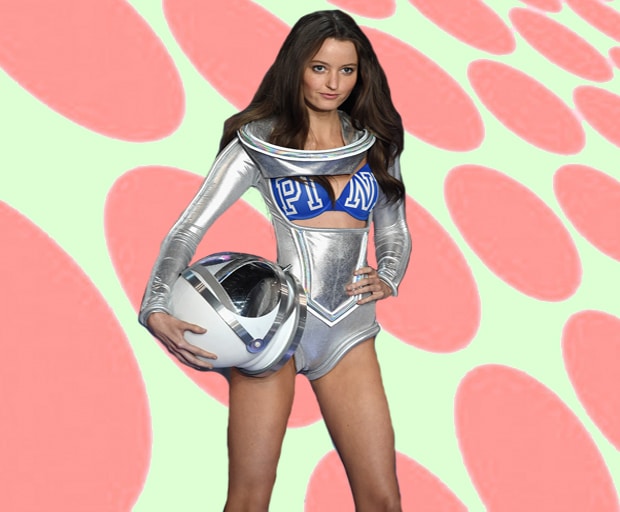 Everything You Need To Know About The Paris Attacks

There’s nothing that makes me more self-conscious about my body than watching the Victoria’s Secret Fashion Show, and yet, I find myself looking at all the tall, skinny, perfectly tanned young women every year in a mixture of strange fascination and envy. Masochism at its best.

However, some of the outfits this year have been so ridiculous that looking at these seemingly perfect models didn’t make me consider changing my diet to an apple a day, but instead I pitied them and laughed a little. Just imagine the disappointment: you’ve made it into the biggest fashion show in the world and expect to wear lingerie that will transform you into a sex bomb, instead you are given a sports bra and fireman pants (sorry, Gigi Hadid).

Yes, it must be hard to come up with new outfits based around a bra and panties every year, but that doesn’t justify the following WTF Victoria’s Secret looks of this year…

Lets see, she’s wearing bedazzled training shorts with suede over-the-knee boots, which is questionable enough, but whatever is going on behind her head makes even less sense. Rainbow vomit? Maybe.

Alright, her wings actually include feathers, not a bad start, but what is going on below her knees? Is that seaweed? Maybe she’s a dirty mermaid…who knows…?

Two words: too literal. Someone at Victoria’s Secret must have run out of ideas (or fabric) and decided to simply wrap the model in the American flag.

Poor girl got the laziest pair of wings ever seen on the Victoria’s Secret runway: a finish line. Not only that, but they also threw an orange hoodie on her covering most of her incredible body which she probably worked very hard for leading up to the show. Bummer.

What an explosive outfit! Excuse the lame pun, but that’s exactly what this outfit deserves. Somebody needs to tell the designers that you cannot turn everyday objects into wings.

Next time you’re booking a stripper for a bachelor party, ask them if they have the sexy astronaut costume. If they don’t know what you’re talking about, show them this picture, and make sure they don’t forget the helmet.

What are these giant white balls hanging of her shoulders? Dust bunnies? Dandruff? Ooooh… snowflakes, right… Is this really the best the team could come up with?!!

Medusa, is that you? Whatever the snake-like things on her back are supposed to be, it’s not a good look. I’m not sure if we’re supposed to be turned on or scared, but I’m leaning toward the latter.

It’s surprising this model hasn’t lifted off the ground with that many balloons on her back. Maybe the many layers of her pink tutu are keeping her grounded.

You’d think they could have made a fireman reference without using actual fireman pants on Gigi Hadid. And no, the puppy she’s holding doesn’t make this outfit any better, or add one bit of logic. 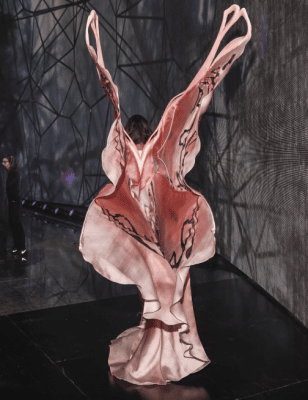 Last but not least, the vagina wings. Seriously, Victoria’s Secret? None of your staff looked at these wings and said, “Hmm, maybe we should dye them a different colour”?!!

images via vogue.com and instagram.com.