13 Trends From The 90s That Are Cool Again

You know you’re getting old when things you wore 20 years ago are trendy again. I still find it hard to believe the 1990s ended 16 years ago.

With the new millennium, iconic fashion pieces such as crop tops and baggy jeans, made way for new trends. However, it only took about 15 years for 90s fashion to be revived. Seems we didn’t want to live without our slip dresses and metallic skirts. And why would we? There’s something about 90s fashion that is absolutely timeless – looking at old pictures of Kate Moss is proof enough.

So if you’re in for a bit of nostalgia and want to feel like a teenager again, just dig deep in your closet and chances are you’ll find 1990s pieces that are as on trend today as they were almost two decades ago. If not, you’re in luck – current collections are full of 90s inspired outfits that are sure to remind you of the time when MTV still played music and you had a huge crush on Jason Priestley.

These 13 trends from the 90s are now officially cool again… 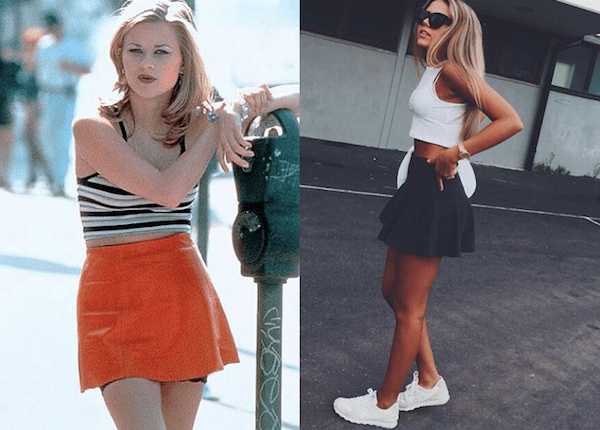 Just like 20 years ago, crop tops are everywhere at the moment and are best worn with high-waisted skirts or pants. 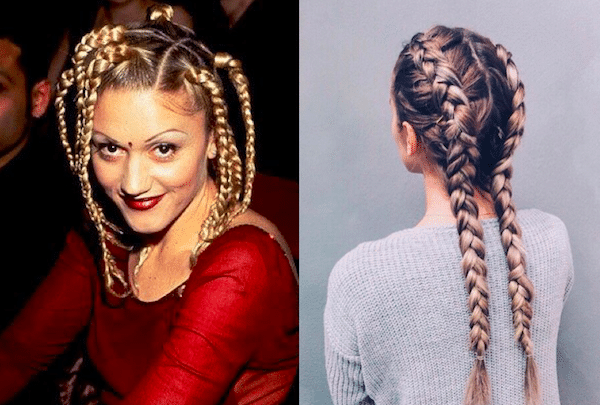 While braids never really left, the trend is currently going back to 90s-style ‘boxer braids’, which are tighter, sportier versions than the more romantic braids of the 2000s. 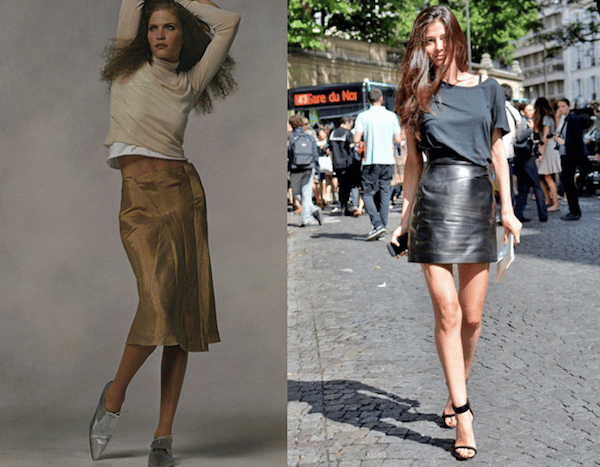 Metallic skirts were a supermodel staple in the 90s and have now found their way back into street style. Dress them down with a simple tee for an effortlessly chic look. 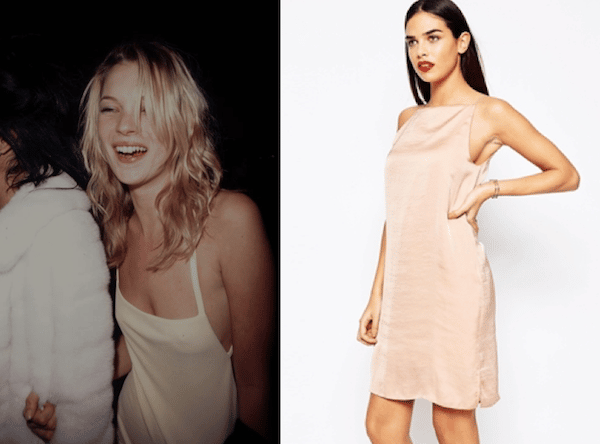 Nothing’s sexier than a simple slip dress (and for the brave, no underwear) as worn by Kate Moss. Flawless and timeless, it will never go out of style. 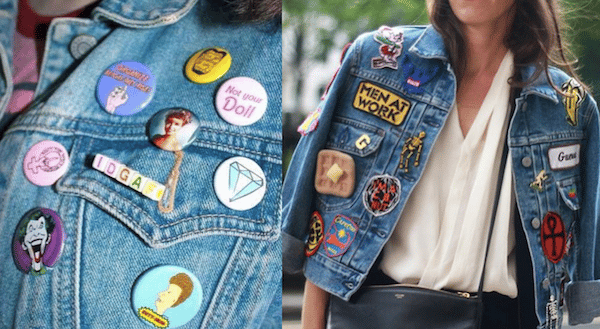 Customization is huge right now with brands like Topshop offering to embellish your jeans with patches of your choice reminiscent of slogan buttons and pins from the 90s. 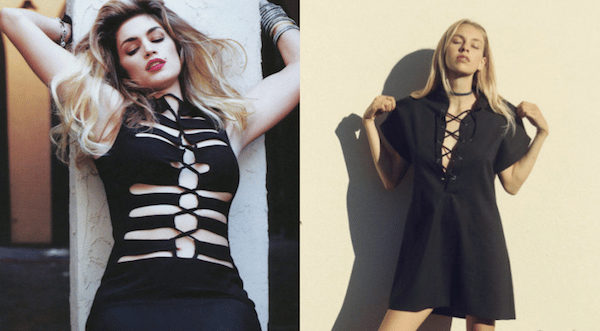 Do like Cindy Crawford and wear a black lace-up dress for instant coolness. To keep it from looking OTT, pair with simple, minimal accessories. 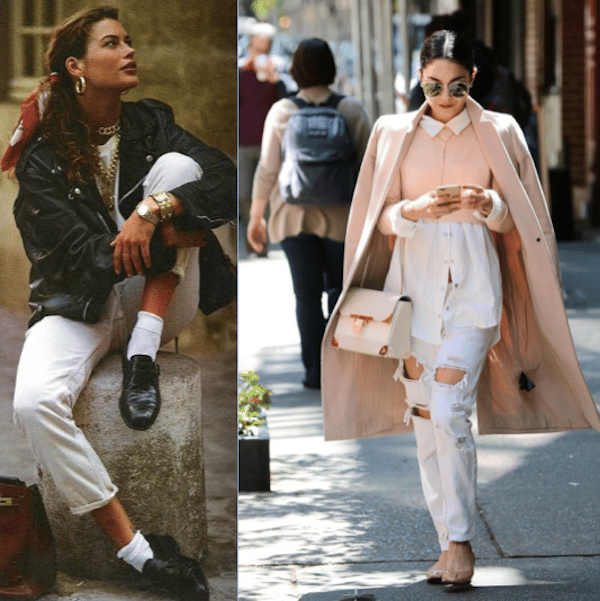 White jeans are back with a more distressed look perfect to balance feminine tops and blouses. 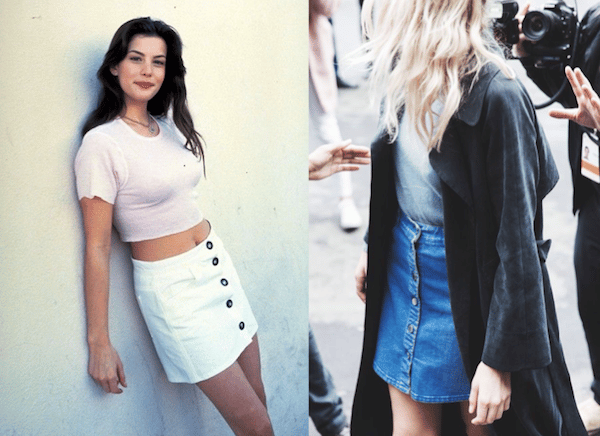 Buttoned denim skirts might have taken a short break in the 2000s, but they’re just as versatile and trendy now as they were in the 90s. Pair with a crop top of blouse for instant cool factor. 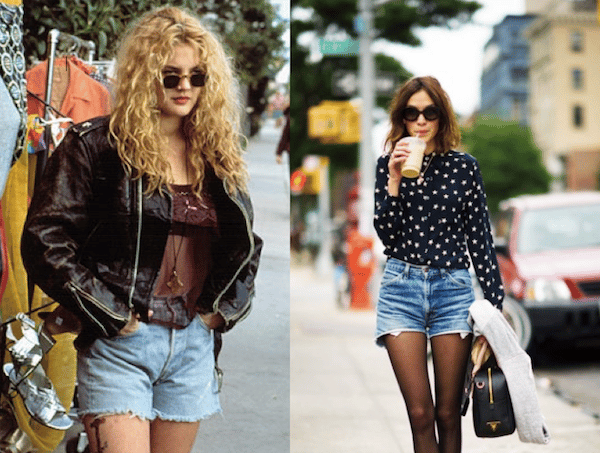 Everyone needs a pair of denim cut-offs. Team them with tights and a blouse for a more elegant look to the casual 90s version. 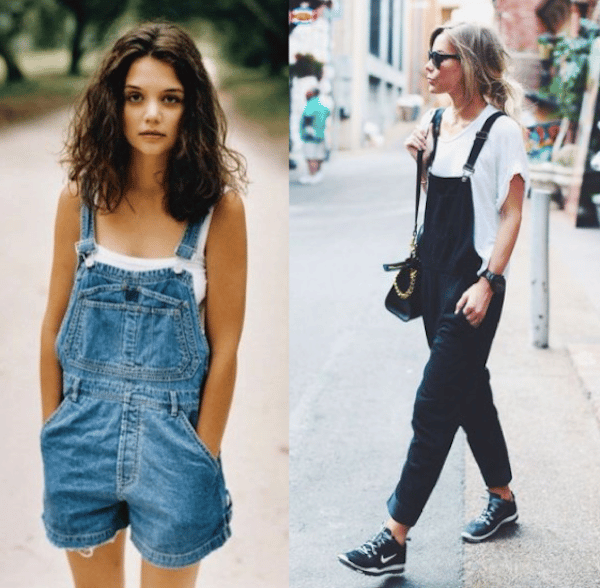 It’s not surprising overalls have made a comeback considering how cool they look and how comfortable they are. Wear them with sneakers and a statement bag for serious street cred. 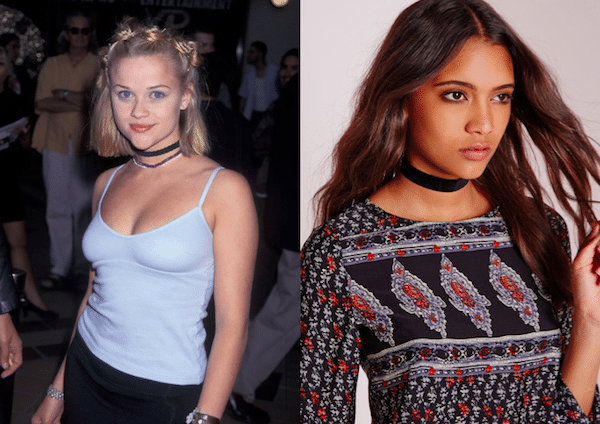 Feel free to leave tattoo chokers in the past and opt for a 90s-inspired but modern simple black velvet one instead. 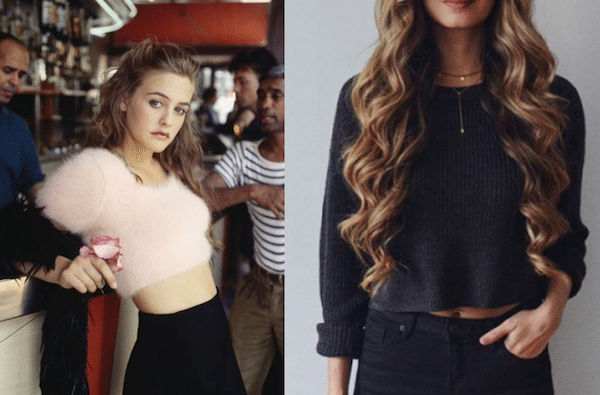 As cool now as Cher made them in Clueless, pulling off cropped sweaters is easy; simply pair yours with high-waisted pants or a high-waisted skirt and you’re good to go. 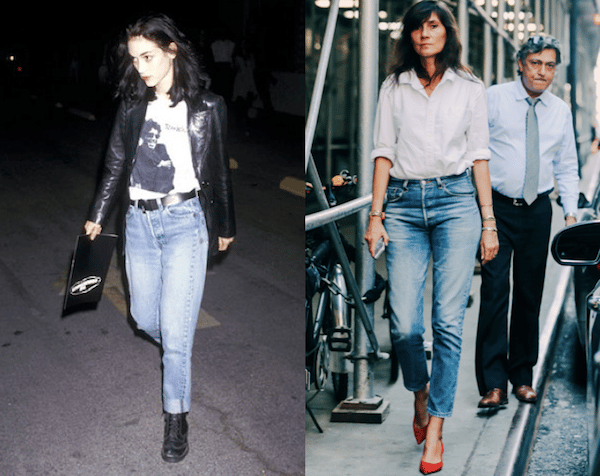 What skinny jeans were to the 2000s, mom jeans are to the 2010s. Pair these classic 90s pants with heels for a relaxed, sophisticated look.

Images via paramount, tumblr.com and pinterest.com.