If Trump is elected, womankind is in deep trouble.

With election day looming, both Presidential candidates are under the microscope more than ever before.

It’s no secret Donald Trump says and does really inappropriate things, managing to offend nearly everyone in the process, but women should be particularly terrified if he ends up victorious on November 8.

We should be scared, because Trump doesn’t have the ability to represent women’s rights. All of his actions, speeches and comments have proven to me, as a woman, he does not, in any capacity, have the respect for women a potential President should have. As a journalist, I can’t imagine a President who forced himself on a female journalist and called another a c**nt, and as a woman, I can’t believe a man who openly disrespects women is currently on Presidential ballot papers.

While there are reasons to be scared if Hillary becomes President, if Trump wins, the result for women will be absolutely devasting, because…

Trump wants to repeal the Affordable Care Act, but under this act, women have access to birth control options at no extra cost, access to insurance to cover prenatal care, and don’t have to pay more for health insurance than men do. If Trump is elected President, women will be negatively affected in terms of our healthcare needs.

2. He will remove women’s reproductive rights

Trump is pro-life, has strong anti-abortion views, and wants to defund Planned Parenthood. As recently as the third Presidential debate, he said, if elected, he would put more pro-life Justices on the Supreme Court bench and ban abortions, except for circumstances of rape, incest, or the mother’s health. He doesn’t even really understand abortion, claiming late-term abortions are a problem, when they are really just a myth. He has even gone as far as to say women who seek abortions deserve to be punished. If any of these things happened, it would be devastating to women’s reproductive rights.

Trump has openly and proudly bragged about sexually assaulting women throughout the years, most recently in a leaked 2005 video where he reduces bragging about sexual assault to “locker room talk“. As if this wasn’t problematic enough, 12 women have since come forward and accused him of sexually assaulting them. Trump has made a massive point throughout his campaign of saying Hillary isn’t fit to be President because of her husband’s past with women, so by his own beliefs, he isn’t fit for the Presidency either. 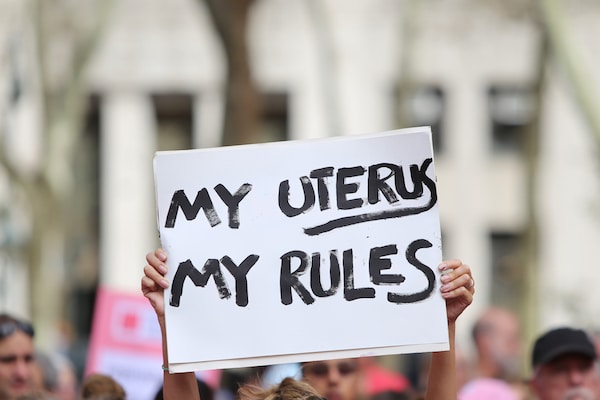 4. He will negatively impact women’s self-esteem

Trump has a long history of making comments about women’s bodies, from calling a former Miss Universe contestant “Miss Piggy“, to saying supermodel Heidi Klum was “no longer a 10”, and asserting no one would vote for his former rival, Carly Fiorina, because she was “unattractive”. If he becomes President, young girls who are already struggling with their body image will have to hear their President setting standards about how they should look.

In July of this year, in response to a journalist asking what he would hope his daughter, Ivanka, would do if she was sexually harassed at work, Trump said he hoped she would just move on from it.

“I would like to think she would find another career or find another company if that was the case,” he said, obviously not understanding if a woman is harassed in the workplace, she shouldn’t have to leave the job, because it isn’t her fault. A 2015 survey found one in three women are sexually harassed in the workplace, and for a potential President to belittle the issue is definitely cause for concern.

6. He doesn’t want women in the military

Trump has made some pretty alarming comments about women in the military, the most serious of which was a tweet he sent in 2013, saying sexual assault is to be expected if women are allowed to serve. He says the military are trying to be politically correct in having women in combat, but he believes this is a major problem. He was even given a chance to amend his comments this year, but stood by them. Having a President who not only thinks assault in the military is to be expected, but doesn’t want women to serve at all, is absolutely not okay.

26,000 unreported sexual assults in the military-only 238 convictions. What did these geniuses expect when they put men & women together?

As the owner of the Miss Universe beauty pageant, Trump has always been extremely open about his objectification of women. He ‘rates’ women on their looks and his own sexual attraction to them, has reduced successful women – like Olympian Katerina Witt – down to how sexually attractive they are, and made cruel comments about women he doesn’t think are attractive, like Angeline Jolie. He even objectifies his own daughter’s body. The idea that a US President would only consider a woman valuable based on her body and appearance over anything else, is horrifying.

Trump doesn’t understand female anatomy and finds women’s natural bodily functions disgusting. During a Democratic debate in December 2015, Trump called Hillary disgusting for going to the bathroom. He also told lawyer Elizabeth Beck she was disgusting for asking to go and breastfeed her daughter, and has said journalist Megyn Kelly had “blood coming out of her wherever” after she questioned him during a debate; insinuating she was on her period and unable to think straight. It doesn’t look good for women if their President believes basic human functions like going to the toilet, breastfeeding and menstruating are shameful.

9. He doesn’t understand the burden of childcare

As recently as November 2015, Trump commented childcare is something individual workplaces should handle, and it is not the responsibility of the government, showing he vastly underestimates the burden of taking care of a child. He claimed it would be easy because, all you need is “one person or two people, and you need some blocks and you need some swings and some toys. You know, surely, it’s not expensive. It’s not an expensive thing.” In the last two months, he has outlined policies for childcare, but has admitted these policies were spearheaded by his daughter Ivanka, and not himself. 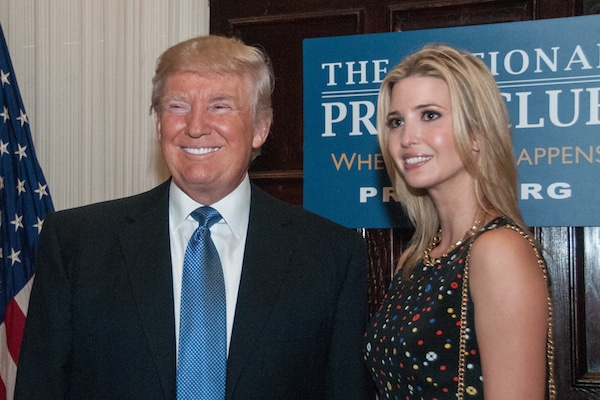 10. He doesn’t believe in the pay gap

Trump is skeptical about the gender pay gap and has said any policies to combat the gap would be too hard because men and women do different jobs in their roles, and it is hard to calculate. He has no policies on equal pay, believing if you “do a good job, you’ll get the same pay”. Regardless, the pay gap in America is currently 79 cents for a woman to each dollar a man makes. Whoever is President should at the very least acknowledge this, and take steps toward impacting change.

11. He has said inappropriate things about minors

On a very uncomfortable note, Trump has made many comments about girls who are underage throughout the years. Recently, a video went viral of him making a comment about a 10 year-old girl, saying he would be “dating her in 10 years”. He is also on record joking about dating girls under 17, saying Ivanka, who was that age at the time, asked him to promise not to date anyone younger than her, which he said would be difficult. He also said Paris Hilton was “attractive” when she was 12 years-old. Having a President making these kinds of comments about young girls is alarming, problematic and dangerous.

12. He is actually being taken to court accused of raping a 13 year-old girl

More than just making comments about minors, Trump has been called to attend court on the 16th of December this year on the charge of raping a girl in 1994, when she was 13 years-old. Trump and his campaign managers have denied the claim, saying it is a sham lawsuit aiming to impact Trump’s chance at the Presidency, but it has still been made and is being taken seriously by the court. As the court date is in December, if Trump is elected, it would mean the President of the United States would be accused of raping a minor – which is horrific, to say the least.

13. He actually thinks he respects women

All of these things add up to Trump having a massive disrespect for women and our rights, but he doesn’t seem to see it. In the second Presidential debate, Trump said he “greatly respected” women, in fact, he claimed no one has a greater respect for women than himself. This is alarming, because if he truly believes he does respect women, he clearly has no idea what ‘respect’ actually means. Trump has made countless offensive comments about women and clearly doesn’t have our best interests at heart as a Presidential candidate.

If Donald Trump becomes President, it will be a bad and terrifying time for women.

Comment: Do you think Trump as President would be bad for women?