11 Things You Need To Know About The Australian Open

It’s that time of year again, when the world’s most talented (and best looking) tennis stars head Down Under to fight for fame and glory in the first Grand Slam of the year.

A tennis tournament is like a slowly unfolding drama, with convoluted plot lines, twists and turns, hilarity, devastation, and that final ecstatic triumph what the last point is played. It’s flamboyant, it’s fabulous, and above all, it’s fun.

The lead-up to this year’s tournament (which starts January 18th) has been full of sizzling anticipation. Will Novak Djokovic maintain his dominion as the best player on the planet? Will Serena Williams come back from her heartbreak at the 2015 US Open to prove she’s still on top? Will Rafa Nadal win his first Australian Open since 2009 while delighting us with his killer legs and gorgeous guy booty? Only time will tell.

In the meantime, here are 11 things you need to know about the Grand Slam of the Asia Pacific to whet your appetite… 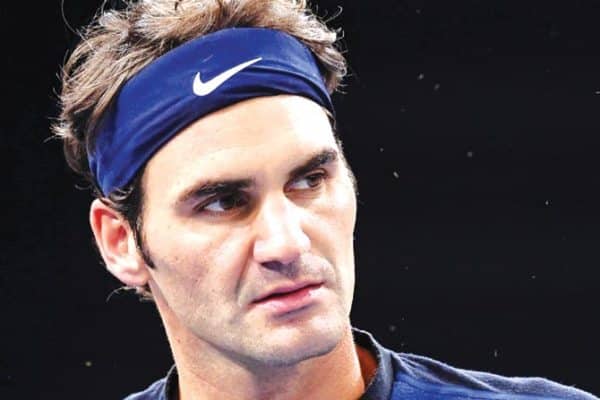 Roger Federer has two sets of identical twins; little girls Myla and Charlene, followed by boys Leo and Lenny. Although he hasn’t won a slam since Wimbledon 2012, and we’re still devastated by his loss at the 2015 US Open, this year he’s gunning for the elusive title number 18. We believe in you, Roger!

2. Rafa loves getting down and dirty 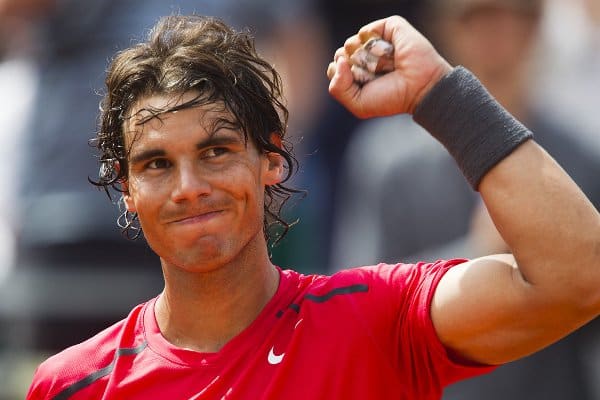 Rafael Nadal loves getting down in the dirt. Or more specifically, clay. He holds a record nine clay court French Open titles, and has been dubbed the ‘King of Clay’. If he wins the Australian Open this year, he’ll be the only active player to have won all four majors at least twice. Add to that a raunchy Tommy Hilfiger underwear campaign, and you’ve got the perfect tennista. Vamos, baby!

3. There’s been some LONG matches 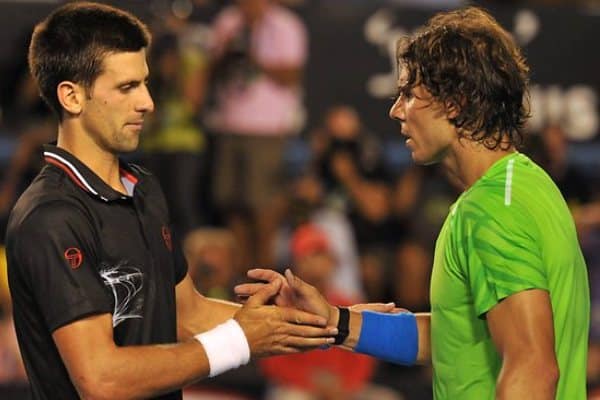 In the 2012 final, Rafa Nadal and Novak Djokovic played the longest singles match in the history of the Australian Open. The match ran for five hours and 53 minutes, with Djokovic emerging the winner. That’s, like, nearly 25 per cent of your day just playing tennis. Fun fact; Djokovic literally tore his shirt off his body when he won the last point… #yummy 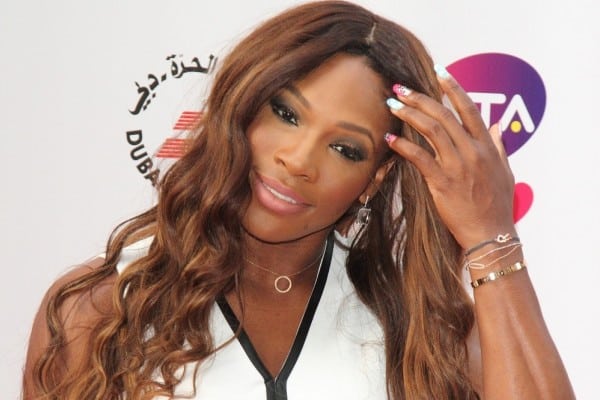 5. It has the best nickname 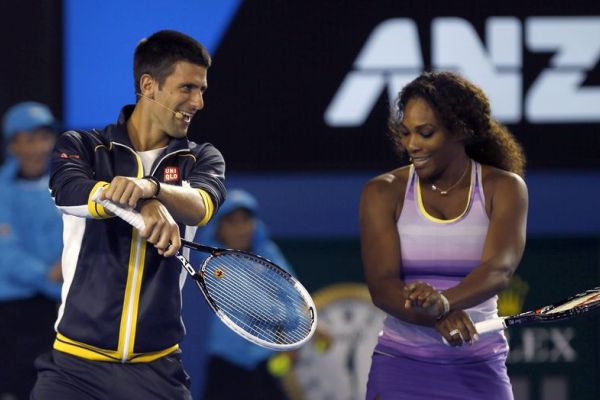 The players love the Australian Open so much it’s actually been named the ‘Happy Slam’. Whether it’s to do with the amazing facilities, copious prize money (in the tens of millions!), or the general awesome-ness of the Australian people, it remains one of the most beloved events on the tennis calendar.

6. Novak’s the king of impersonations 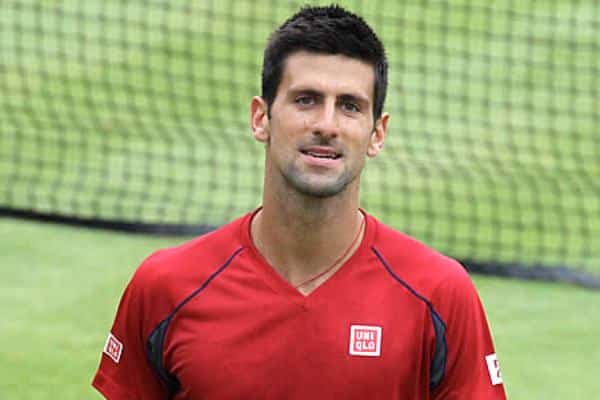 Sexy Serbian and world number one Novak Djokavic had an imperious 2015 season, and is the current men’s singles Australian Open champion. He’s won the tournament no less than five times. Along with being a terrific tennista, he’s nicknamed the ‘Djoker’ because of his wicked sense of fun and hilarious impersonations. Youtube ‘Djokovic does Maria Sharapova’. You’ll thank us later. 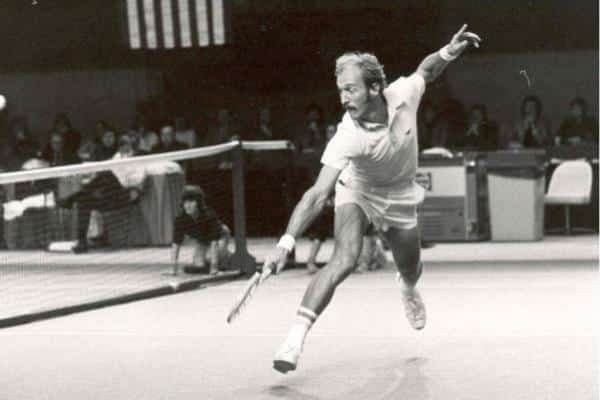 The first Australian Open was held in 1905, and did not include female players until 1922. Obviously no one had heard of girl power back then! 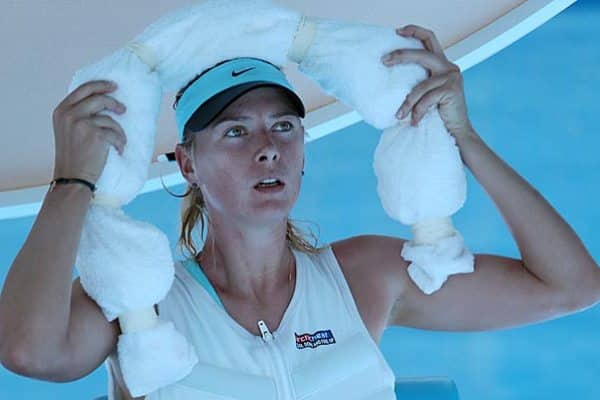 January is Summer in Australia, and man, oh man, do the players feel the heat. The hottest playing conditions were in 2007, with temperatures soaring over 45 degrees Celsius. It was so hot, the soles of competitors’ shoes started to melt and stick to the court, plus some players were actually hooked up to IV drips to help them cope. Talk about braving the elements. 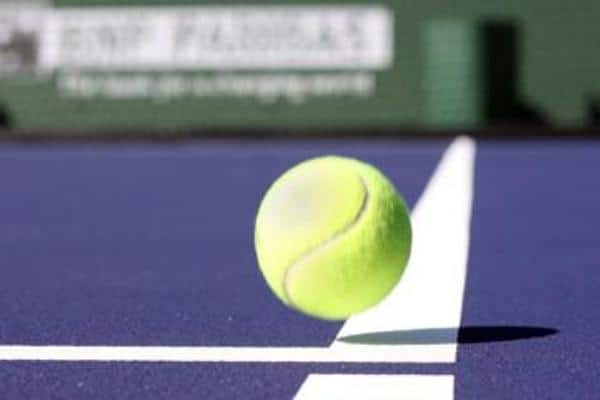 In 2007, the Hawkeye line judging system was introduced; a player can challenge a line call, and the computer will pick up exactly where the ball hit the court, thus making the allocation of points much fairer. Before that, they had to rely solely on the linesmen and women to call a ball out. You can imagine the arguments that led to…

11. It’s been more dramatic than an ep of Real Housewives 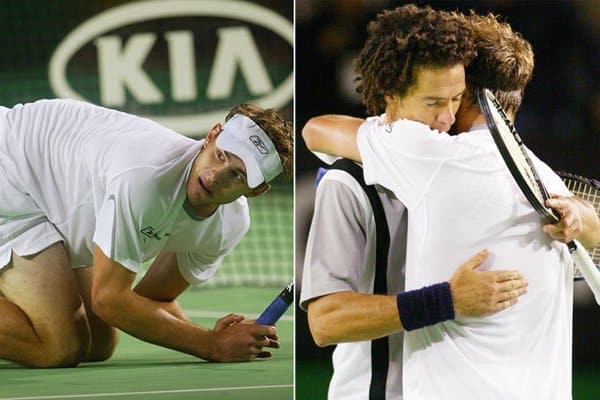 The 2003 Australian Open saw the second longest fifth set of a match since the tennis Open Era began in 1968. American Andy Roddick beat Younes El Aynaoui from Morocco 6-4, 6-7, 6-4, 4-6, and 21-19 in the fifth. The match became so emotional, both players gave their racquets to the ball kids at one point and encouraged them to play instead. When he finally emerged victorious, Roddick held El Aynaoui’s hand and took a bow. Bravo boys!