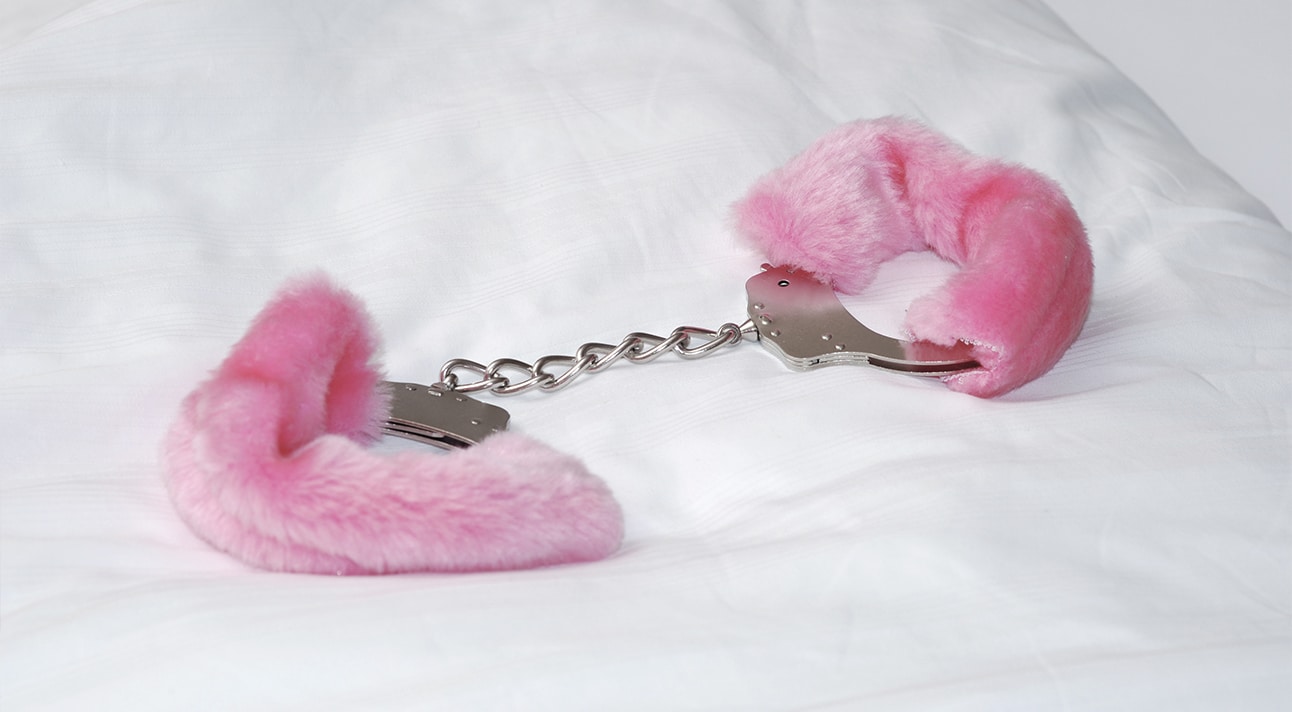 “With my Daddy, I am able to submit and allow someone else to be in charge. It’s a very nice change.”

Whether it’s as subtle as a light spank in bed, or as full-on as being tied down and restrained, most of us have at some point indulged in a little sexual submission.

But while it’s one thing to give over control in the sack (and, let’s face it; sexy as hell), it’s really just the tip of the iceberg.

And far from feeling controlled or oppressed, the women in these relationships say they not only love answering to their ‘Master’, but feel emancipated by the sense of freedom giving control of their lives over to their partners brings them. Intrigued? Read on for the explanations from nine real-life women who spilled the details of living a dominant/submissive lifestyle on Reddit…

1. Keeping up with the Joneses

“The way I like to describe it is like a 1950s household. My Sir made all the final decisions but asked my input sometimes. I took care of the majority of the housework and cooking. I always walked half a step behind him to the right or held his hand. I never took the first bite of food and didn’t order for myself in restaurants. To outsiders we looked like a normal couple.” –Purplesunset0304

“I kind of discovered my interest in it with my first boyfriend when I was 16, when he spanked me during sex. I kept asking him to spank me more and spank me harder, but he wasn’t into it the same way I was, so it never progressed any further. I dated a guy in college for three years and he was really into it, so I got to experiment a lot with him. My current relationship really revolves around obedience, and punishment when I’m disobedient. Involved in that are things like spanking, paddling, caning, bondage, gagging. Also occasionally we get involved with other Dom/sub couples.” –hgi93

“It’s hard to describe a typical full day exactly, but there’s some stuff that I generally do every day. When we wake up I usually bring my master coffee and breakfast before he goes to work. We usually don’t have much time before he has to leave, so there’s not much more I do then. While he’s at work I have a lot of chores I have to do, like cleaning, shopping, getting ready to prepare dinner for him, and things like that. My master likes to keep his house very clean, so I usually spend a lot of time cleaning everything. On some days he’ll give me permission to do other stuff, like meet friends for lunch or just go out and do something for myself, especially if I’ve been very good recently. If I’ve been bad, such as not cleaning well enough, instead of this free time he’ll give me punishment time, where I either have to do specific chores or sometimes sexual tasks while he’s gone. In the bedroom there’s not really anything we do I don’t like, since even before I was his slave I’ve been really submissive. Because of that, switching to a slave wasn’t terribly difficult.” –part-time_slave

4. The ball and chain

“I am female and my Master is also my husband. He has an seven year-old son from a previous marriage and our daughter just turned two. My husband gives me commands, but subtly by using “sweetie” as a pet name. I also have chores – done when the kids are out of the house or otherwise occupied – which relate, such as cleaning toys and coming up with new punishments. We have a master bath which is only accessible from our room, and I have certain chores to maintain my husband. I wash him in the shower or bath, and sometimes he likes for me to shave his beard. There are certain privileges I have to earn. For instance, internet access not related to work, game time not with the kids, relief from regular chores or requirements. The rules just sort of evolved over time, although he changes them when he feels like it.” –hitmeharder

“I wouldn’t marry my master because marriage doesn’t fit in to our relationship. That doesn’t mean that I’m any less devoted to him or that this relationship isn’t serious, though. My master is 32, I’m 24, so he’s eight years older than I am. On days my master works I usually have plenty of free time. Sometimes he gives me tasks to do while he’s gone, but they never take up the whole day. I just browse the internet, read, watch TV or movies until he gets home. Sometimes I’ll go out and meet friends for lunch or something, but my friends keep pretty busy most days. Once my master is home we usually ‘play’ some, it really just depends on what he’d like.” –24-7_slavegirl

“I am married to the man of my dreams, who is also my “Daddy.” We are in a Daddy/BabyGirl relationship, and I wouldn’t have it any other way! I have always supported myself, and am fully capable of thriving in the world on my own, with no one’s assistance required. I chose this lifestyle and relationship because outside of it, my world is a difficult one in which I am the boss – I take care of my classes, my business, and many other things by being a strong woman. With my Daddy, I am able to submit and allow someone else to be in charge. It’s a very nice change.” –daddyslilgirl

“My husband and I don’t kink all the time, but we don’t keep it in the bedroom either. Our only daily ritual is that I write a little journal entry and send it to him every day. I have to talk about my day, how I’m feeling, and so on, then answer what I did for kink and what I did for our relationship that day. On a not-daily basis, he gives me playful, for fun spankings for vanilla stuff. Or if I’ve been really sassy, sometimes he’s in the mood to spank so that’s an easy excuse. Sometimes he’ll do a little groping, or make me call him “Sir” or say yes sir to something. I also try to be thoughtful and “serve” him by making him snacks and bringing him drinks. Very rarely he’ll spank me for real things. Usually things I do that are hurtful to him. This has only happened a couple of times, and it’s a lot harder spanking.” –justcurious12345

“I wear a collar around the apartment. I follow orders when they are given. I get lots of hugs and cuddles. Some of my favorite nights are just sitting at his feet leashed and reading my book while he plays video games.” –_lmnop_

I suffer from depression and anxiety and am required to keep him apprised of my mental and emotional state so he can take care of me properly. Sometimes that’s just him holding me while I have a little cry, sometimes he’ll get me to do some self-care, like eat and shower, sometimes we’ll talk things out and he’ll go through our mantra, which is just reminding me that he cares about me and wants me to communicate with him so that he can do his best at looking after me.” –whereismydragon

Images and media via shutterstock.com and youtube.com.

Comment: Have you ever had, or are you currently in, a Dom/sub relationship? How does the arrangement work for you?

How Safewords Helped Me Reclaim My Sexual Power