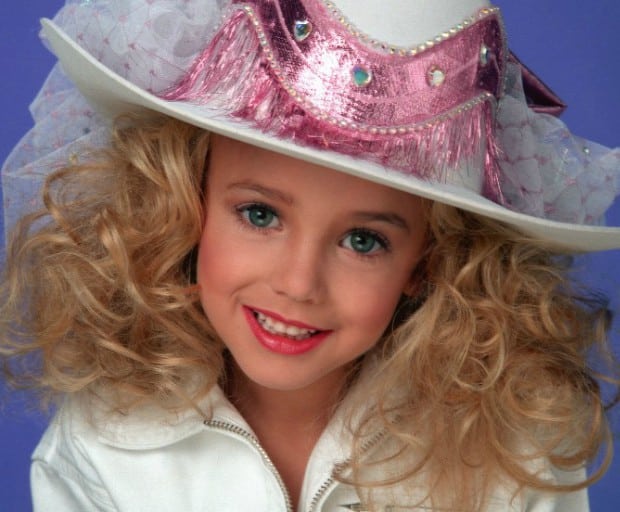 A Camerawoman Is Facing Criminal Charges After Being Filmed Kicking Refugees

This December marks 20 years since the six year-old was found murdered.

As the twentieth anniversary of  pageant queen JonBenét Ramsey’s murder approaches, several new documentaries are set to air this fall, shedding light on the still-unsolved killing.

The A&E special, The Killing of JonBenét: The Truth Uncovered, aired this week, and a three-night Investigation Discovery channel documentary, JonBenét: An American Murder Mystery, will debut September 12. On September 18, CBS will also air their own docu-series, The Case of: JonBenét Ramsey. And next week, Dr Phil will kick off the new season of his talk show with an exclusive interview with Burke Ramsey, JonBenét’s older brother, who has never before spoken to the media.

As these shows revisit the sad and shocking story of JonBenét’s mysterious death, here are 14 of the strangest and most baffling elements of the case that have come to light over the years. Whether any of them could finally help uncover what really happened to the pageant queen remains to be seen… 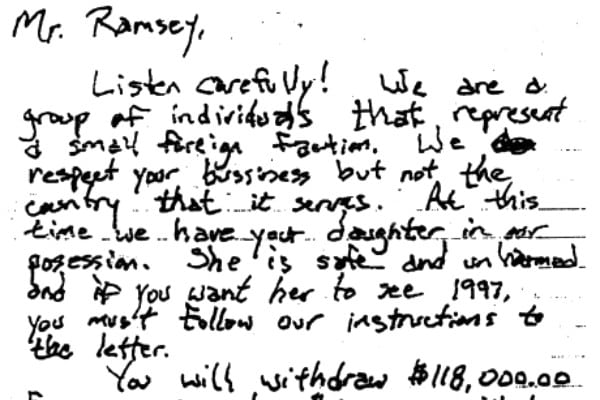 One of the strangest elements of the case was the lengthy ransom note found by Patsy Ramsey, JonBenét’s mother. It demanded $118,000 – which happened to be nearly the exact amount her father, John Ramsey, had earned in bonuses that year. Reports said that Patsy could not be ruled out as the writer of the note after handwriting analysis, but author Paula Woodward, who wrote a book about the case that was never published, says no handwriting expert was ever able to inconclusively prove Patsy could have written the note.

2. JonBenét’s many visits to the pediatrician.

The beauty queen visited her doctor 27 times in the last three years of her life; that’s nine times a year. The media made much of this, suggesting it indicated she could have been abused in some way. Pathologists and physicians agreed that JonBenét may have suffered some sexual trauma before her death, but her parents vehemently denied that there had been any abuse before the night of her death, or that there was anything unusual about her doctors visits. JonBenét’s pediatrician said he’d never seen any evidence of abuse or suspected it in any way. 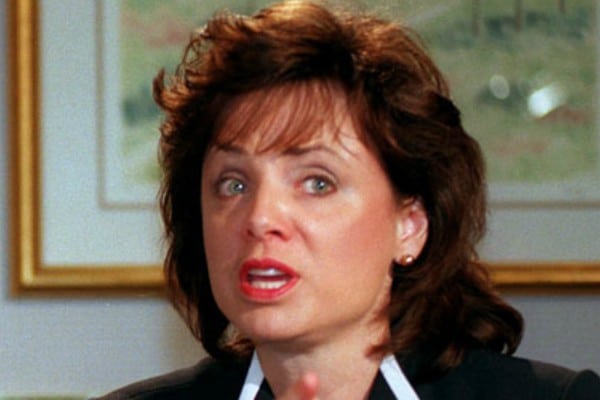 Sadly, JonBenét’s mother passed away in 2006, of ovarian cancer. Sadder yet, she was not exonerated in her daughter’s murder until two years after her death. However public theories that Patsy was punishing JonBenét for wetting the bed and went too far, later staging a botched kidnapping to cover it up, continue to circle the internet.

5. The conspiracy theory that JonBenét is still alive.

A 2014 YouTube video by conspiracy theorist Dave Johnson, which went viral earlier this year, suggests that JonBenét was never actually killed and is living as pop singer Katy Perry today. In the video, Johnson argues the murder was all an act.

6. The absence of snow outside the house on the night of the murder.

Much was made over whether or not there were footprints in the snow around the house proving an intruder broke into the family home, and therefore ruling out the parents. However, as it turned out, there wasn’t even any snow in Boulder that night.

7. The idea that Burke Ramsey could have killed his sister.

This is one of the most ridiculous, and sad, theories that have been trotted out by the media – that JonBenét’s nine year-old brother could have killed her. As his father John said, “the accusation that Burke is some violent 90-pound, nine year-old-child…is laughable. I’m sorry — I can’t think of a better word. It’s absurd.” Even still, Burke remains a popular suspect today. 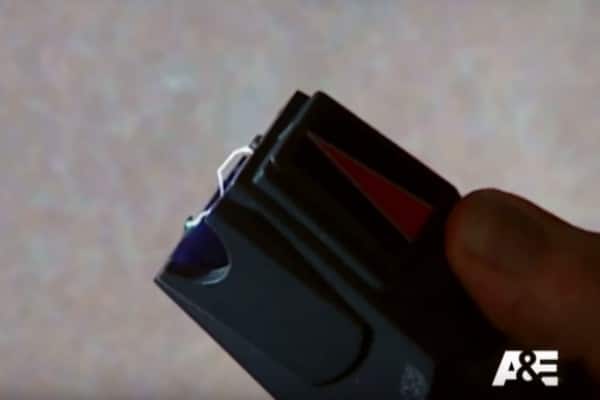 An investigator on the A&E documentary went through the evidence in an attempt to get a fresh take on the case; one of the items found was a stun gun. JonBenét’s body had wounds on her face and back that some experts felt were consistent with a stun gun, however some people involved in the investigation said the marks could have been caused by her brother Burke’s railroad toy. Expert Stewart Hamilton blasted that theory, calling it “highly unlikely” and saying it “borders on fanciful.” 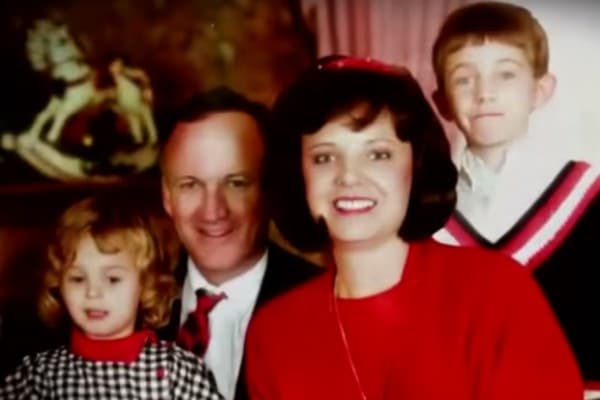 Since the case has gone unsolved for almost 20 years, it’s perhaps not surprising so many people have been interviewed as suspects; over 240 in total. And the suspect list still stands at 50-60 people today. Lead detective Lou Smit died in 2010 of colon cancer, leaving behind a spreadsheet listing all of the possible culprits.

In 2006, schoolteacher John Mark Karr, who was living in Thailand, confessed to the murder of JonBenét. However his DNA did not match that found on her body and further interviews found Karr to be a crackpot, so the case was thrown out. Unfortunately, investigators at the time pointed out the DNA evidence was so minute and degraded that it may not be possible to ever properly identify.

However new advances in DNA technology may now actually make it possible to pinpoint potential suspects. The unidentified DNA evidence in the case is big: it’s ultimately the reason John and Patsy were finally cleared of wrongdoing after 12 years.

11. The oddly untouched cobwebs around the basement window.

There was much talk about an intruder breaking in through a basement window – but untouched cobwebs around those windows suggest that could not have happened. So how did the killer get in?

12. All the sex offenders living in the area. 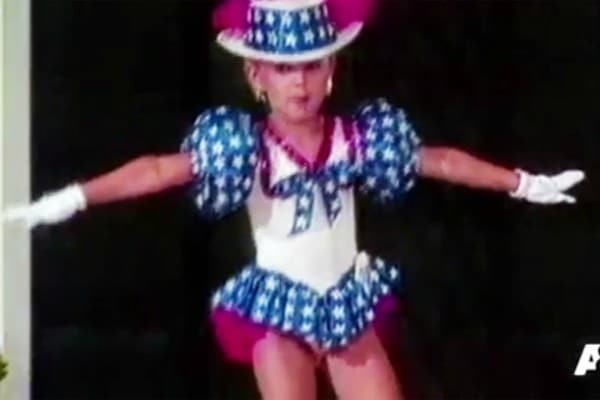 There were a total of 38 registered sex offenders living within two miles of the Ramsey home at the time of JonBenét’s murder. Still, the police and media insisted on focusing on the Ramsey family as suspects. Forensic scientist Lawrence Kobalinsky has since said that, “I think that the unescapable conclusion is that an unidentified male committed this crime.”

Several peculiar elements about the crime scene seem to indicate it may have in fact been staged, including the untouched cobwebs, a curious large shard of glass left rested on the windowsill that should have been pushed away, had an intruder broken in, and the ransom note itself, which former Boulder police chief Mark Beckner revealed in a recent Reddit interview police believed was planted.

“The only fingerprints on the pad belonged to the CBI agent, the sergeant with the police department who took the pad into custody, and Patsy Ramsey. No, we do not believe someone wrote the note prior to attempting to kidnap JonBenét. Neither the PD or the FBI believes this was ever a kidnapping. It was a murder that someone tried to stage as a kidnapping.”

14. The botch job of handling the crime scene.

Boulder police didn’t properly seal off the crime scene, allowing people to tromp through the house and compromise the evidence. John and Patsy Ramsey eventually hired their own investigators, saying they had no confidence in the police, however the mishandling of the scene may have ultimately thwarted investigators from ever getting to the bottom of what happened to little JonBenét.

Comment: Will you watch the new JonBenét documentaries? Who do you think killed her?