14 Easy Reverse French Manicures That Will Up Your Nail Game

Remember that time in the early noughties when the French manicure was all the rage?

I used to spend entire afternoons painting only the top of my nails in a shade of white so unnatural it looked like I had dipped my hands in whiteout.

Now a new twist on the technique is taking the French mani from 2002 to 2016 (read: no more fake white tips). The reverse French manicure is based on the same principle as the classic French mani (painting your nails in two contrasting shades), but with this look, it’s the lower part of your nail, otherwise known as the lunula or half moon, that gets to shine.

While you may be tempted to get this one done at your next nail salon appointment, where you’ll spend ages deciding on a polish, you might be surprised to learn how easy it is to pull off at home.

The trick is to use french manicure stickers, upside down. Binder hole reinforcements will do just fine, too. With the basics in mind, the possibilities are virtually endless for rocking this killer new trend, so we’ve rounded up 14 of our fave DIY reverse french manicure looks for you to try…

1. Paint nails in a nude polish, allow to set, then use the round end of a bobby pin dipped in blue polish to paint dots around your cuticles before sealing with a clear top coat. 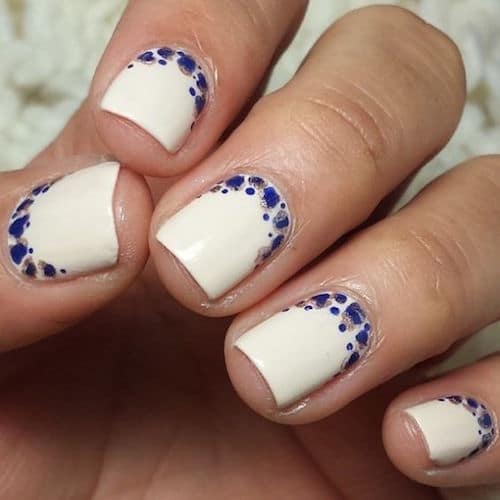 2. Sprinkle glitter powder over the lower half of freshly painted nails, let dry, and apply a clear top coat to seal. 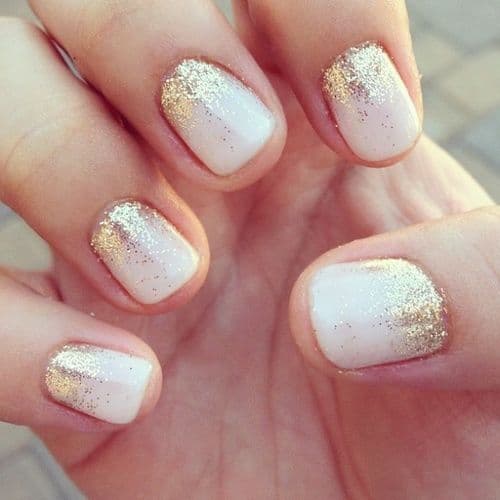 3. Use a metallic nail art pen to paint overlapping dots around the edge of your nail bed and seal in the look with a clear top coat. 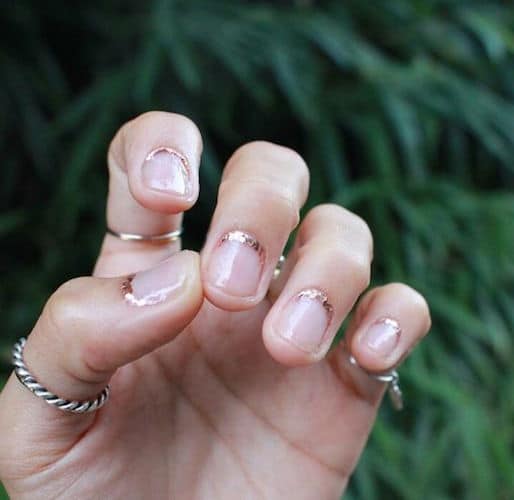 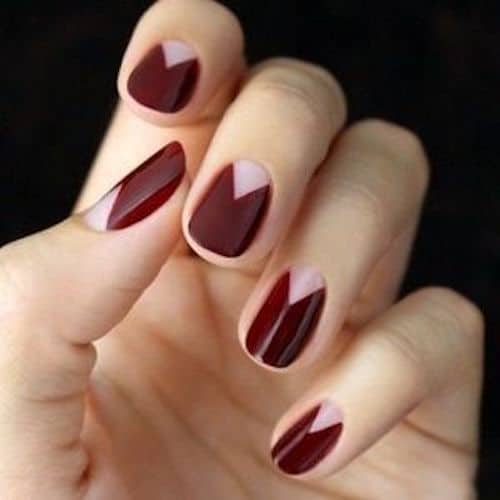 5. Paint nails white, allow to dry, then apply a nude shade, but don’t go all the way to your cuticles, leaving a subtle white rim. 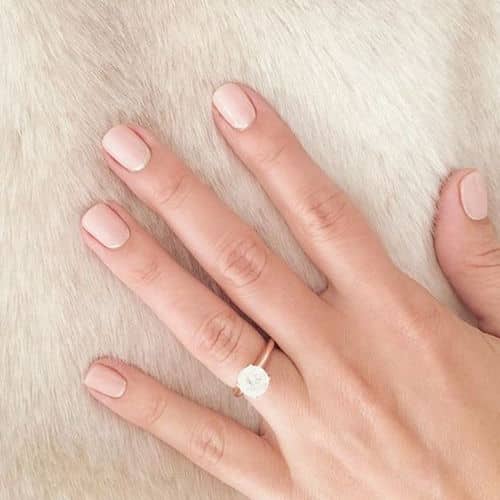 6. Paint nails in a nude tone, allow to dry, then apply a darker polish in a half moon shape to the lower third. While polish is still wet, carefully stick gold studs on where the shades meet. 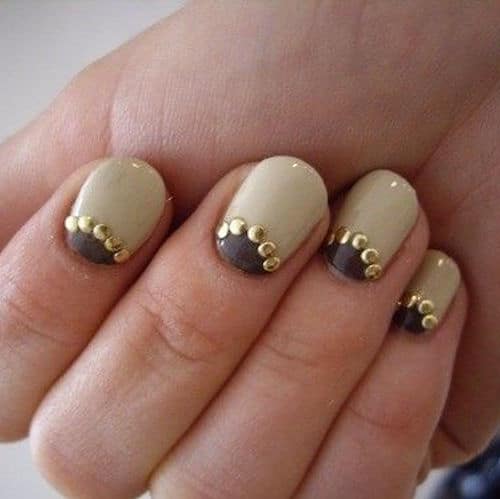 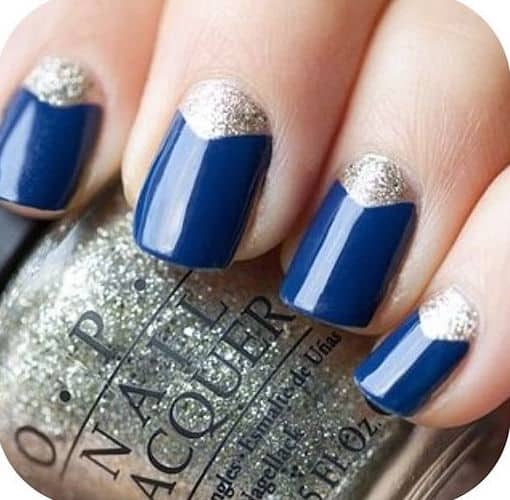 8. Using hole reinforcements, paint only the half moon white for a natural, but polished look. 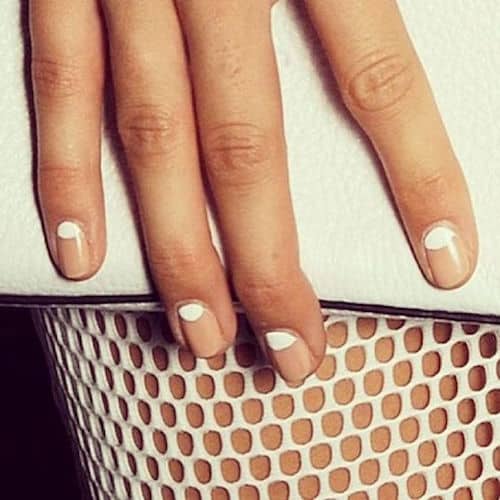 9. Paint lunula of nails gold with a metallic nail art pen, then apply a clear top coat to seal in the look. 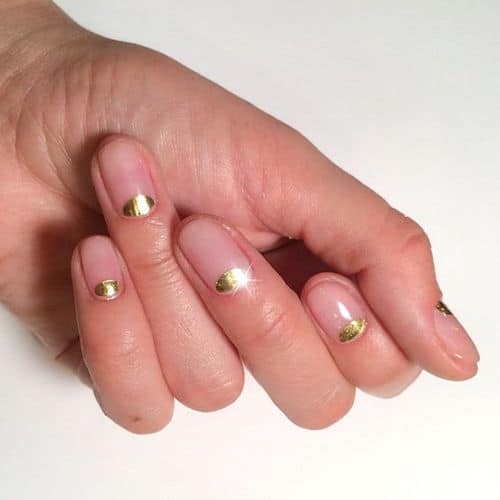 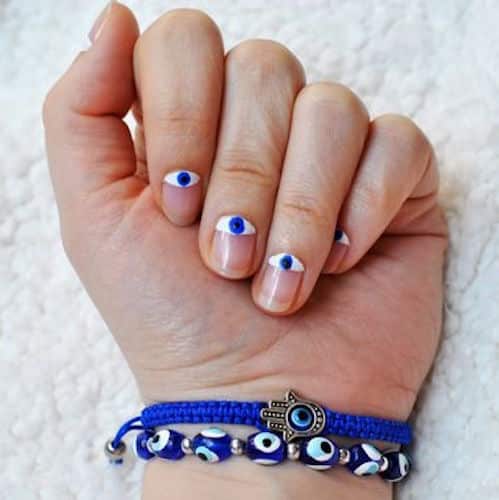 11. Apply metallic foil nail stickers to the base of nails, then paint upper two thirds in a matte shade for a stark contrast. 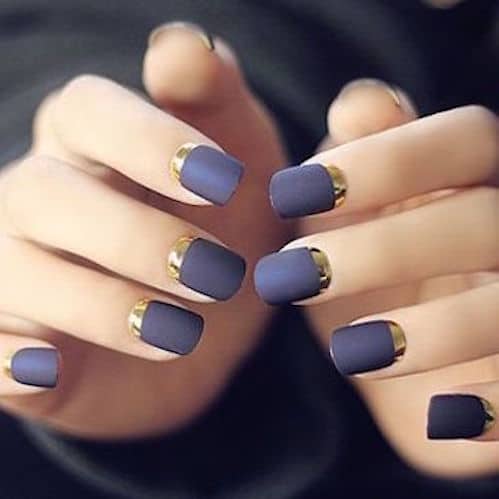 12. For a natural but girly look, use the same masking tape trick from look #4 with pink glitter nail polish. 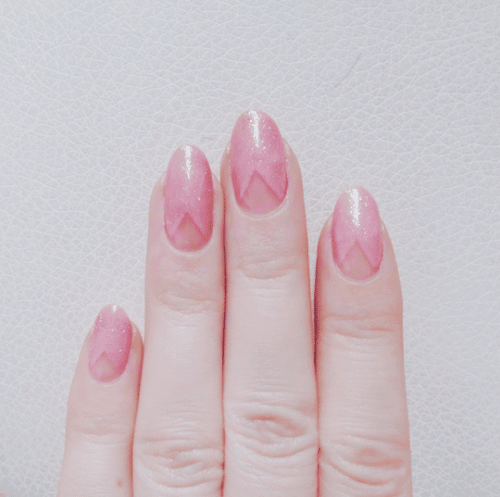 13. Paint nails black, allow to dry, then position hole reinforcements at an angle and apply two coats of white polish before removing reinforcements and sealing with a clear top coat to create this diagonal reverse French mani. 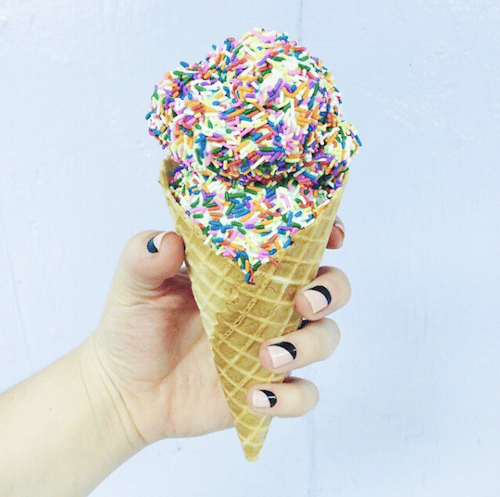 14. Paint nails black and allow to dry. Mask off all of nail except for a thin line around cuticles using hole reinforcements, then paint in silver glitter polish, allow to set, and seal with a clear top coat. 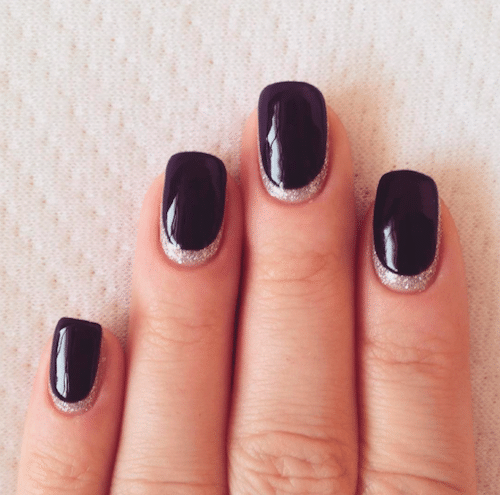