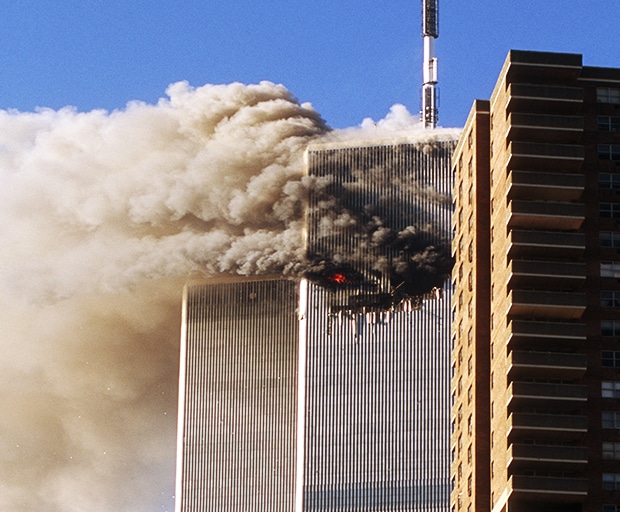 Today marks the 15th anniversary of one of the most shocking and tragic moments in human history.

Fifteen years ago today, people were busily filing into work, grabbing their morning coffees and yelling in frustration at the traffic, when all hell broke loose.

It was 8:46 a.m. when five hijackers crashed American Airlines Flight 11 into the World Trade Center’s North Tower. Just 17 minutes later, another plane, United Airlines Flight 175, catapulted into the South Tower. Within moments, over 2000 lives had been lost and several thousand others injured.

New York’s typically bright, bustling streets resembled a scene from a horror movie; smog plumed so thick it was difficult to breathe or see more than a few feet ahead, cars lie upturned, and terrified crowds ran screaming – many covered in blood and ash, calling out for loved ones never to be seen again.

When it was all over, the death toll was tallied in at 2,996. The city and its economy would need to be rebuilt over many years to come, the financial burden topping $3 trillion. The events of 9/11 continue to impact America and the rest of the world even today, fifteen years on, as we’re reminded of the insurmountable strength of humanity through powerful moments of unity in the face of tragedy, and forge forward against the ripples of the day that spread wider and further than we could have ever imagined.

In the months after the 2001 terror attacks, passenger miles on US airlines fell by up to 20 per cent, while road use jumped, seeing the road toll skyrocket by an additional 1,595. Meanwhile, tourism plummeted and unemployment rose as businesses struggled to recoup their loses and begin again. Despite this, people came together in moving ways that proved love trumps all. Here are some of the most powerful, shocking and tear-jerking moments from the day that changed the world forever.

1. The moment of impact. 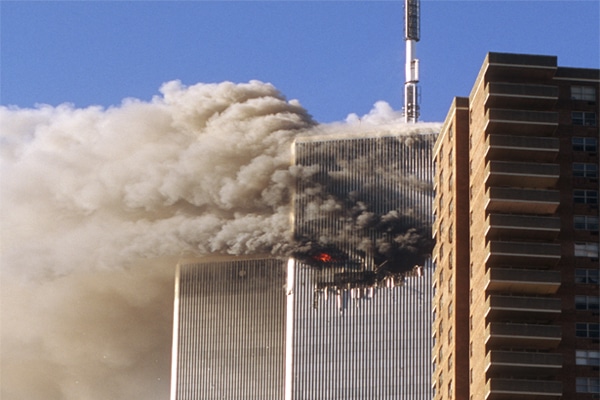 2. People run from the streets as the second tower bursts into flames. 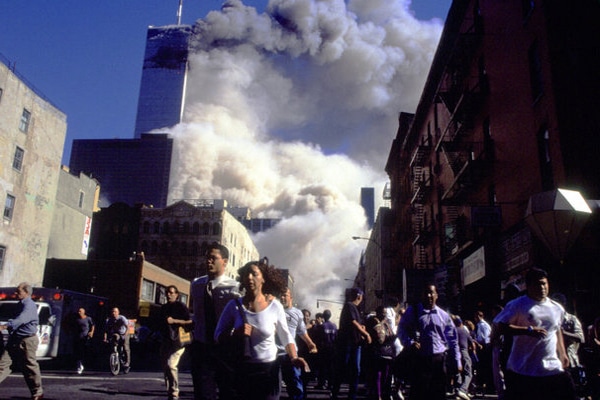 3. Firefighters searching for survivors in the rubble. 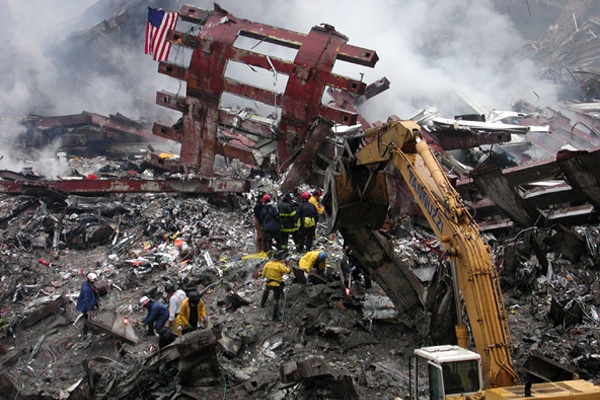 4. Survivors walking through the ash and debris. 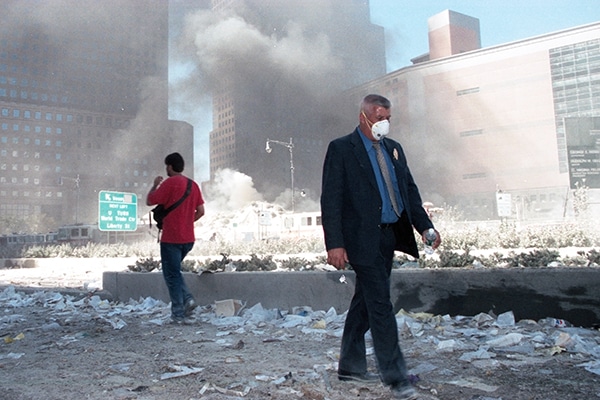 5. President Bush embracing a firefighter on Ground Zero who lost his brother in the attacks. 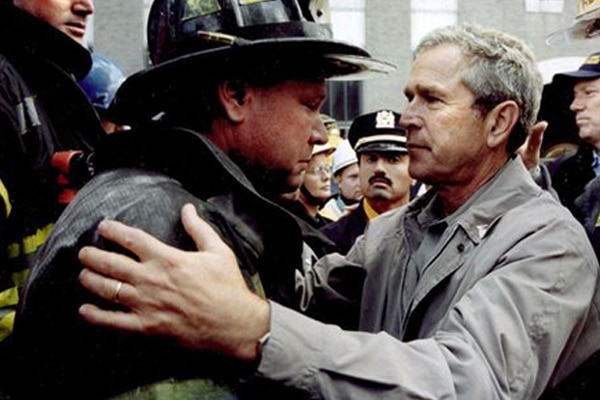 6. The iconic image captured by photographer Richard Drew of a man falling from the North Tower after the second plane hit, now known as ‘Falling Man’. The man’s identity remains unknown, though it’s thought he worked at Windows on the World. 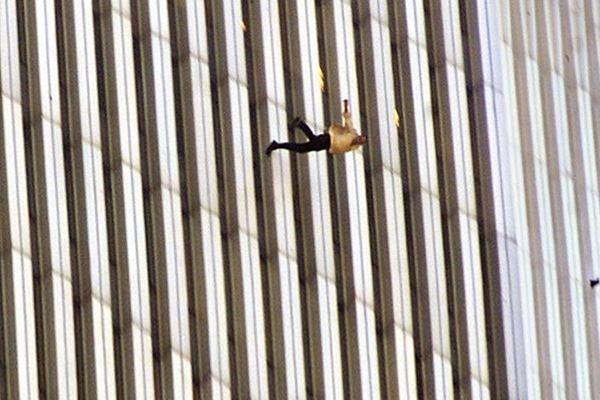 7. Firefighters struggling to tackle the overwhelming destruction with limited resources. Though most of the attempts to resurrect people from the rubble proved futile, it was a powerful exercise in the unwavering strength and perseverance of humanity amongst impossible odds. 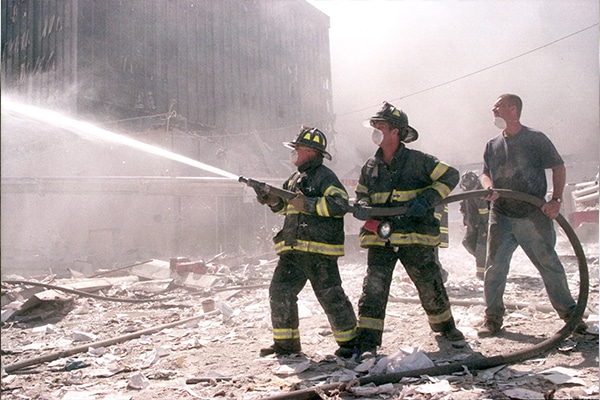 8. A crowd gathers on the streets in New York, watching in disbelief as the Southern Tower is hit. 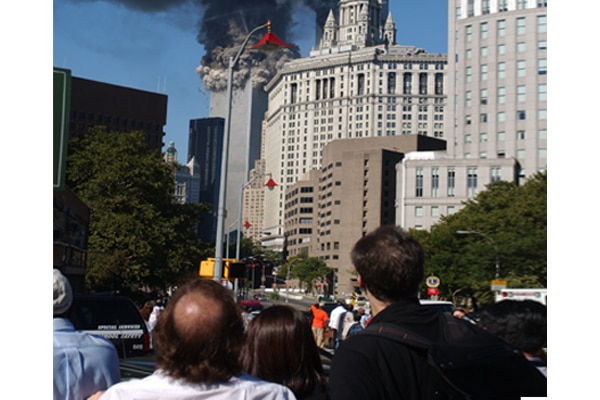 9. A lone police car sits amongst the rubble, covered in ash. 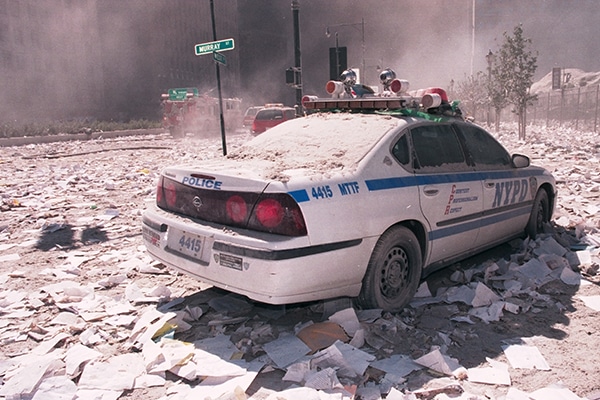 10. Firefighters climbing the fire escape stairwells in the towers as Trade Center workers flee the building. In total, 343 New York City firefighters lost their lives attempting to save survivors during the attacks. 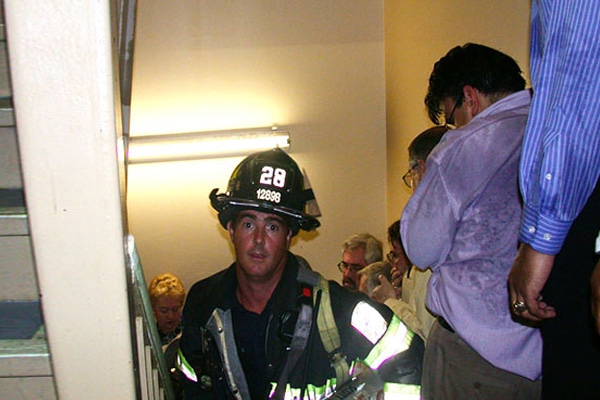 11. An American flag slung over a building opposite the World Trade Center in a defiant symbol of solidarity. 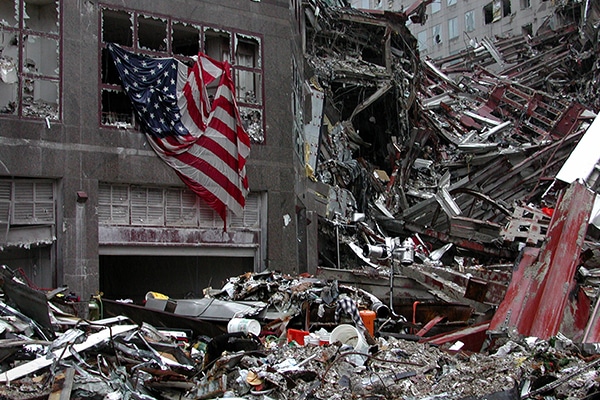 12. A firefighter breaks down in tears at the center of the scene of chaos. 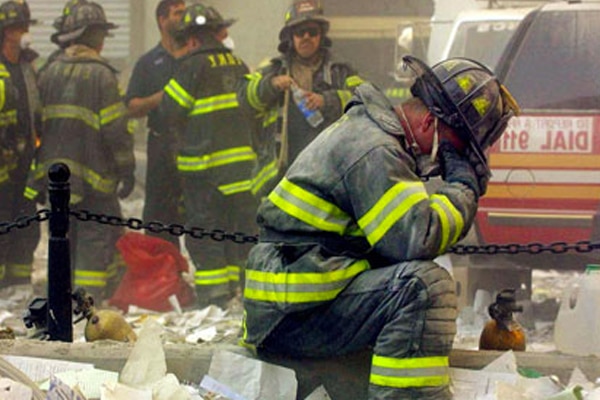 13. Twenty-eight year-old Bank of America worker, Marcy Borders, who fled the 81st floor of the Trade Center after the plane hit, seeks refuge in a nearby office building. Though she survived 9/11, she passed away of stomach cancer in 2015, which she attributed to ash inhalation. 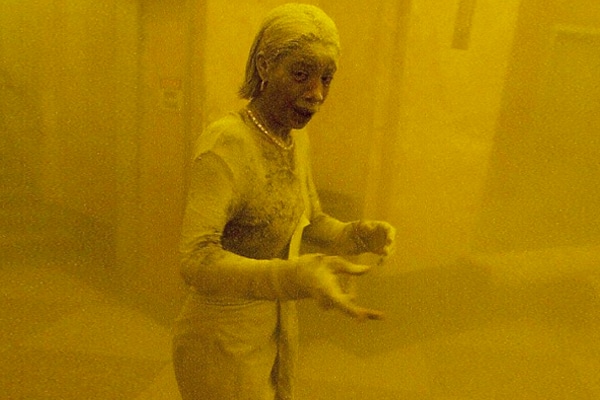 14. Two women at 6th and Grand Street react as the Trade Center explodes into flames. 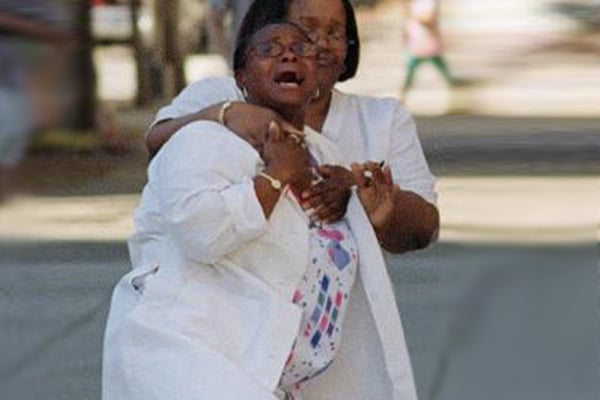 15. A memorial is erected at the site of the attacks, now known as Ground Zero, to recognize the contributions of those that fought to help survivors and the many who lost their lives. 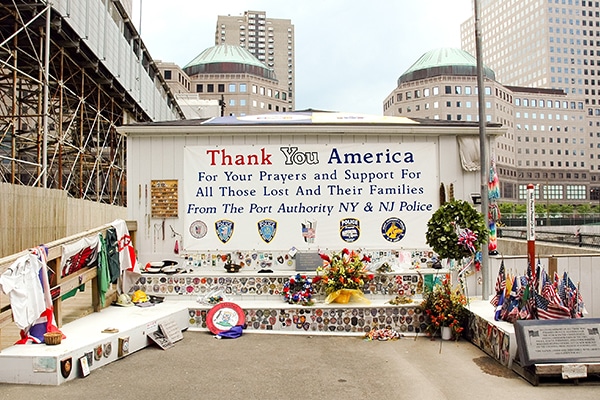