16 Struggles Only Overthinkers Will Understand

Why isn’t there an ‘unsend’ button?!!

I have a confession to make.

I’m a chronic overthinker. Being put in charge of deciding where my girlfriends and I meet for drinks on the weekend is a near-crippling task filled with stress and second-guessing; I spend at least 90 per cent of my day worrying about things that haven’t even happened yet, and am constantly expecting the worst to happen.

If my boss doesn’t immediately respond to my email asking for an extension, I’ve already planned my response to being fired. If a friend tells me she’s not sure she’ll be able to make it to brunch, I’m mentally preparing for how I’m going to deal with her un-friending me. And if my bae doesn’t respond to a text within three minutes of sending it, I assume he’s going to break up with me. If it’s been an hour, I’m crying into the arms of a girlfriend, and if – heaven forbid – he takes more than three hours to respond? Well, I’ve already deleted him from my contacts list and changed my phone ringtone to Single Ladies. Naturally.

Simply living with your own brain is an exhausting task if you’re an overthinker. Like, it literally feels like running a marathon would be less taxing than spending another minute inside your own head. No day is without these very real struggles…

1. You deconstruct literally every text message to the point every piece of punctuation becomes cause for investigation. 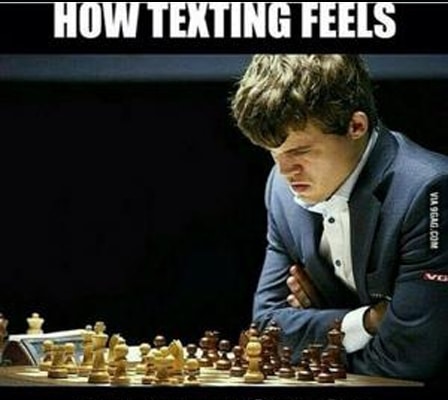 2. You screenshot just about every communication to ask for second, and third, opinions. 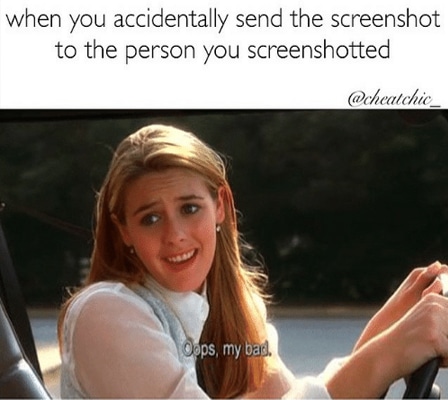 3. You literally lack the capability to let anything go, ever. 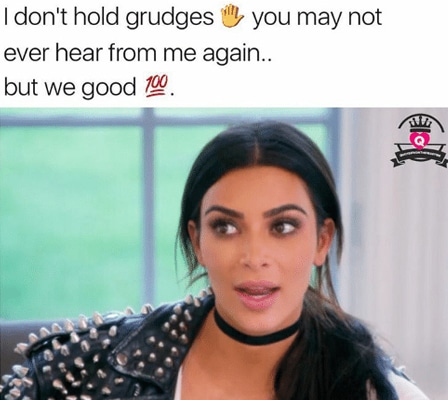 4. Trying to decide where to eat lunch is a complex and time-consuming task.

5. Your boss ignoring you in the lift or a friend not commenting on your new bangs sends you into a tailspin of stressful internal analysis likely to go on for many hours. 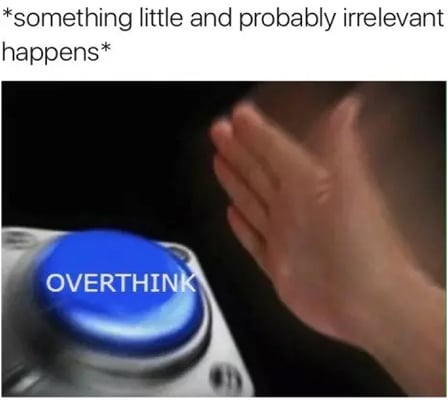 6. Your life is essentially one huge series of regrettable actions.

7. Trying to drift off to sleep like a normal human without micro-analyzing every minute aspect of the past 24 hours as you stare at the ceiling and pray for reprieve from your own mind? Forget it. 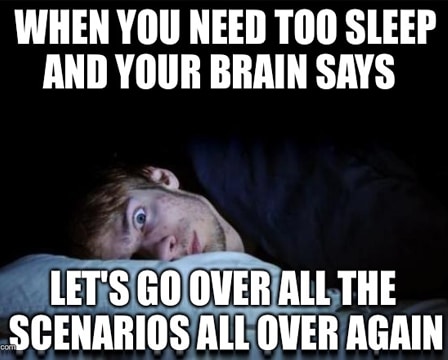 8. You pretty much always expect every situation to unfold according to the worst case scenario.

9. You can’t function until you’ve figured out exactly why someone suddenly unfollowed you on social media. 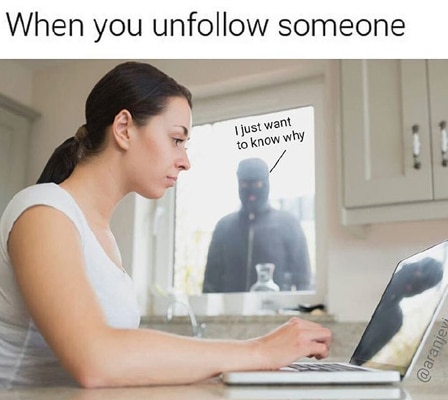 10. Your friends have all become conditioned to listening to you go over situations and relationship scenarios hundreds of times in an effort to uncover some critical missed detail.

11. You’ve been told on more than one occasion to just “Chill the fuck out”.

12. You search for hidden meaning in almost every interaction you have. 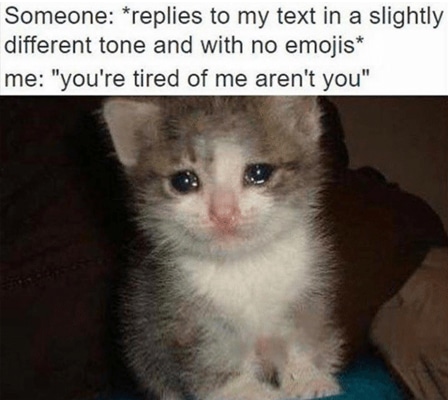 13. And you tend to sabotage your relationships before they’ve even started. 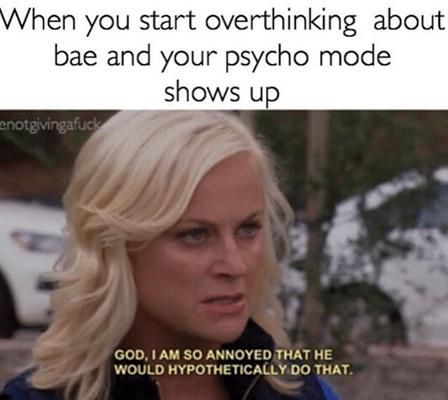 14. Being in your own brain is freakin’ exhausting sometimes.

15. You tend to have a lot of difficulty with simply being ‘in the moment’. 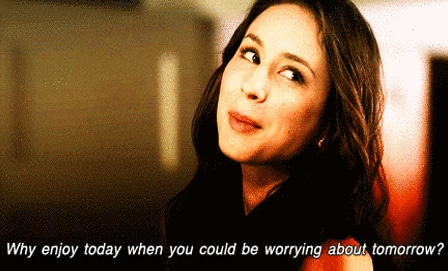 16. And because your brain never switches off, you have a lot of things to say. A lot of the time. But thankfully those special few who accept you as you are, are okay with that.

Images via giphy.com, tumblr.com and memegenerator.com.

Comment: What’s the biggest struggle you deal with, as an overthinker?