If you were watching The Bachelorette Australia last night with us, besides the obvious “Where did all these hot, unattached men come from?”, you may have had some general wonderings, perhaps even misgivings, about the evening’s bizarre events, such as… 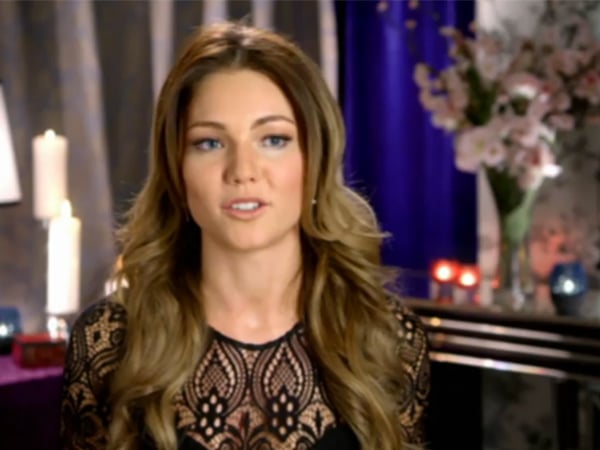 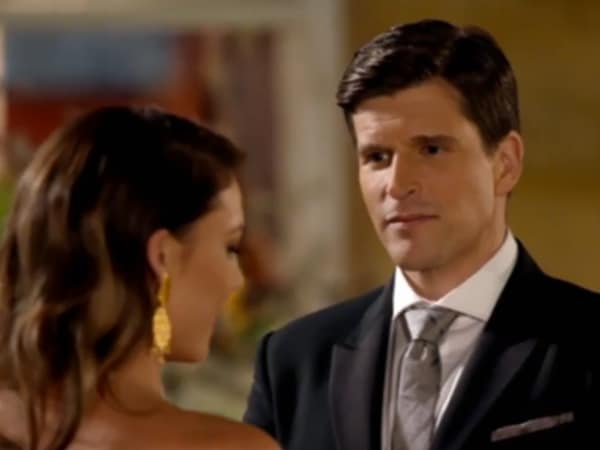 3. A contestant named Richie has the actual job title of ‘rope access technician’. 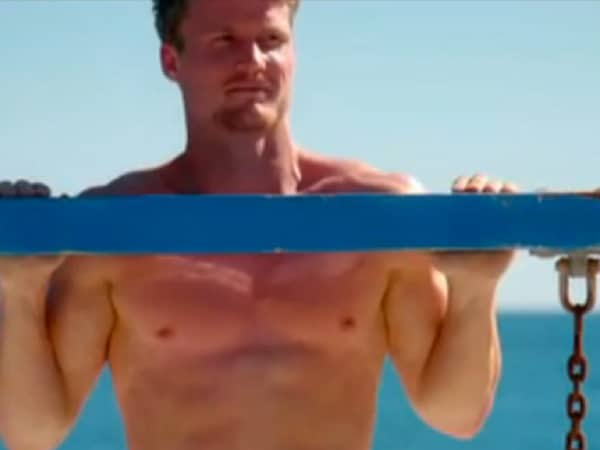 4. A contestant named Drew has the actual job title of ‘sleep technician’. 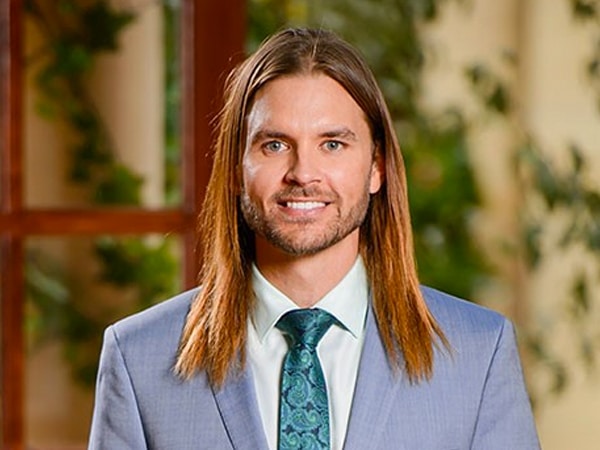 5. A contestant named Davey claims boldly to have invented the Bro-Code, although most of the male audience of the show would dispute his claim. 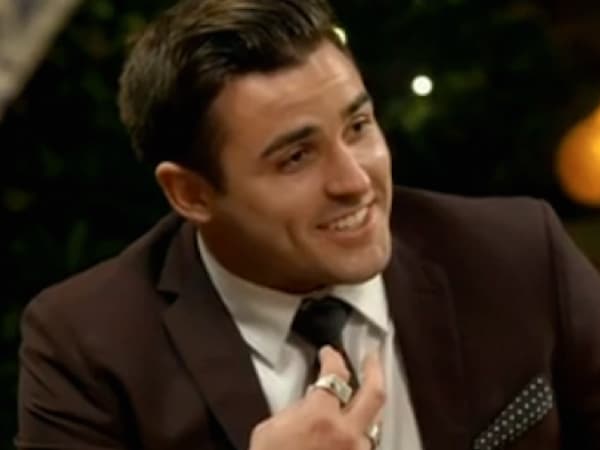 6. The same contestant breaks his own sacred Code less than fifteen minutes into the game. 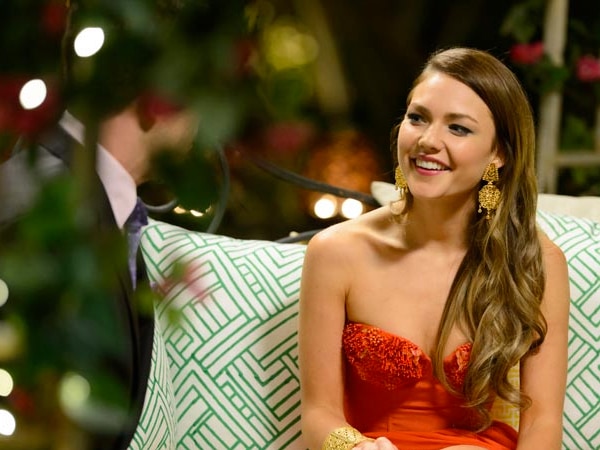 7. The very same contestant speaks of his fears of nipple rash whilst trying to arouse Sam. 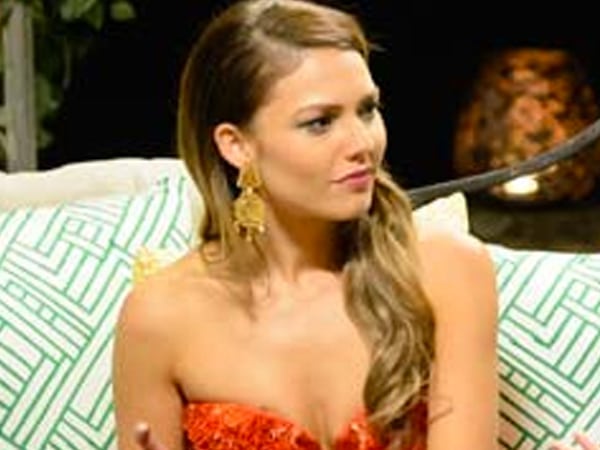 8. A contestant named Sasha performs a complex origami manoeuvre on a serviette to turn it into a rose, and astonishingly, when he is finished, it looks remarkably still like a serviette. 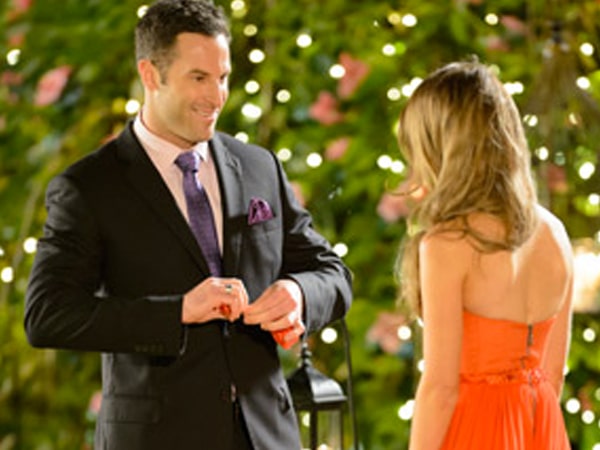 9. The same contestant declares that he has gone into the Bachelorette mansion ‘cold turkey’. Though he is referring to Sam, there remains the tantalising possibility that he could also be withdrawing from drugs.

10. A contestant named Kayne is under the impression that the way to a girl’s heart is to stand on one’s head for twenty seconds in wet grass, despite the fact that he himself can only manage three. 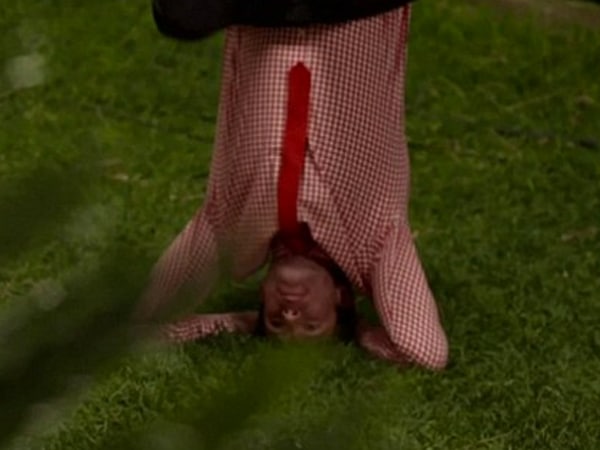 11. A contestant named Drew is under the impression that the way to a girl’s heart is with a bird. And so he summons a bird, except that it’s not a delicate bird, it’s an owl, like, a really big, terrifying owl, the kind that scratches out a woman’s eyes and builds nests in her hair and has leading roles in Hitchcock films, and it is the stuff of nightmares, and women around the country clutch their heads in terror. 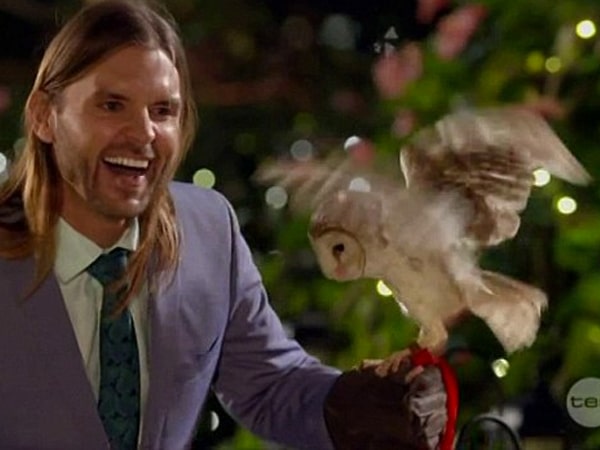 12. A contestant named Will the Musician is under the impression that the quintessential embodiment of feminine beauty, the mythical figure to whom every woman wishes to be compared in song, is Peter Pan. Even though Peter Pan is actually a boy. 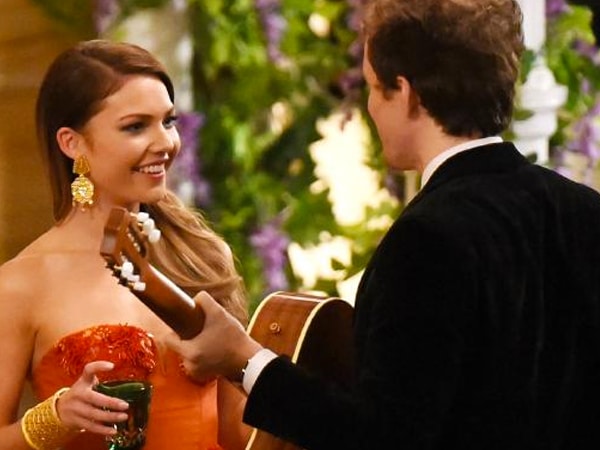 13. A contestant named David explains the fascinating backstory to how he came to be a model, in which he has a modelling career as an international model who also models internationally. And he wasn’t even asked. 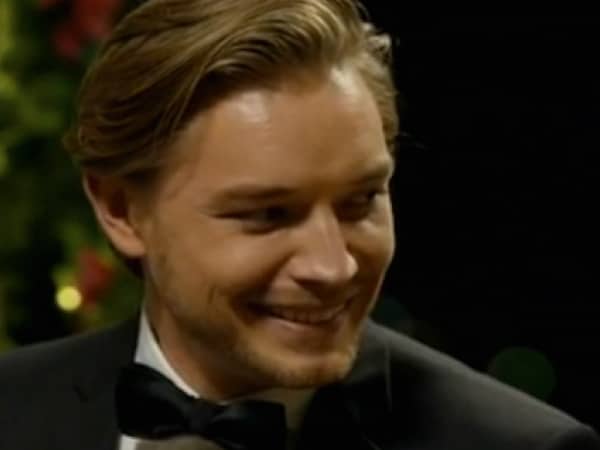 14. A contestant named Richie uses the term ‘cool bananas’ twice, and not even ironically. 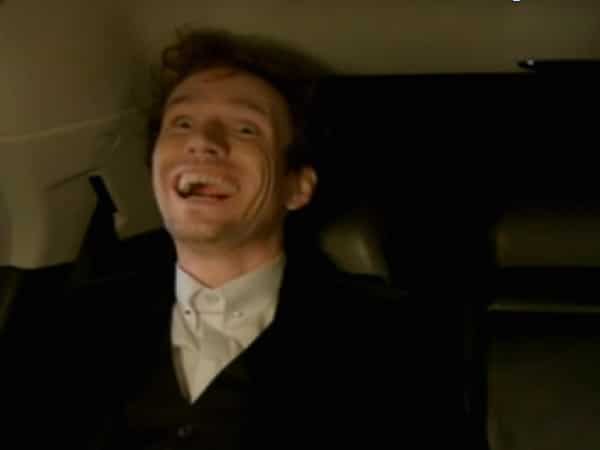 15. Bro-Code Davey, Handstand Kayne, Will the Musician and Owl-Man Drew all get roses despite their woeful attempts at seduction. 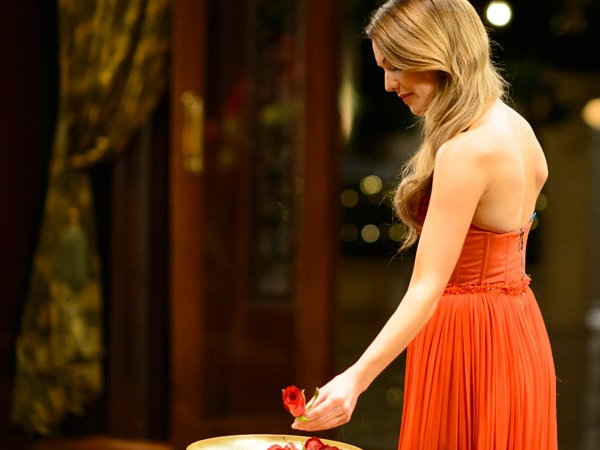 16. There is one contestant, Alex, who is attractive, poised, confident and can string words together in meaningful sentences. He makes eye contact, is empathic, dresses well, and has a nice accent. He has had serious relationships but not too many, laughs easily and can make Sam smile.

And this man is on a reality dating show looking for love.