Abortion has always been a tightly contested issue. Human history has a long tradition of women helping other women to abort fetuses. Until the mid-20th century, this was usually done in secret by unqualified doctors with dangerous, dirty instruments.

Fortunately, abortion is a safe procedure nowadays, although opinion on the subject remains firmly divided.  Pregnancy termination is still illegal in many countries (examples are Ireland, Brazil, and the Dominican Republic), and access in other countries is often limited and subject to stringent laws. Late term abortions (after 20 weeks) are extraordinarily difficult to negotiate even in dire medical circumstances; risking the lives of many women, and often killing others.

However, social media (in all its glory) has once again sparked a sensation. The hashtag #ShoutYourAbortion has taken the Twittersphere by storm, as thousands of women are sharing their own unique (and often tragic) abortion stories.

The image of the lazy, self-obsessed, careless woman is fast being debunked by these very raw, very real depictions of everyday women who have either had or have been affected by abortion. Here are 17 Tweets from women around the globe attempting to end the shame and guilt. 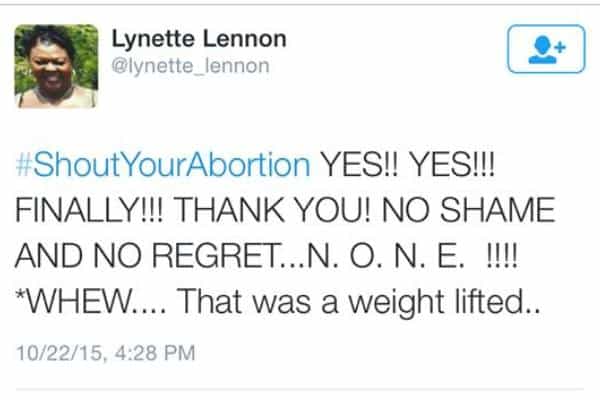 2. These women are not anti-motherhood 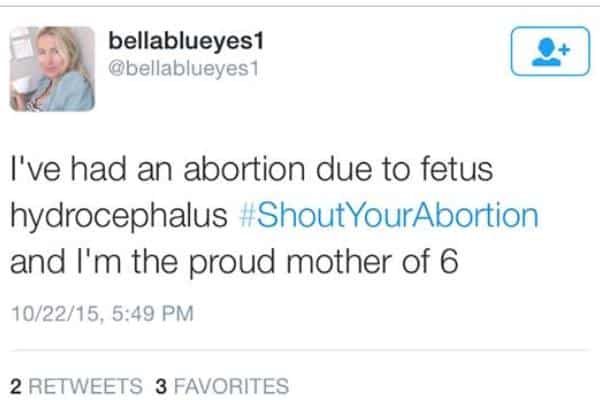 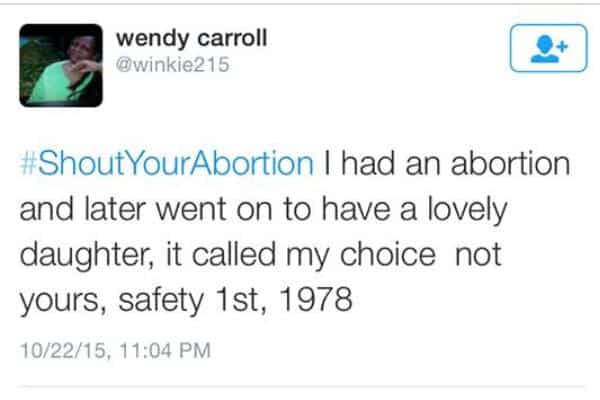 4. The importance of choice 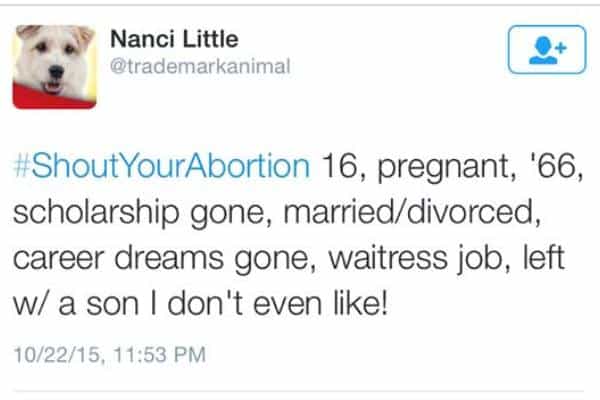 5. For the sake of the child 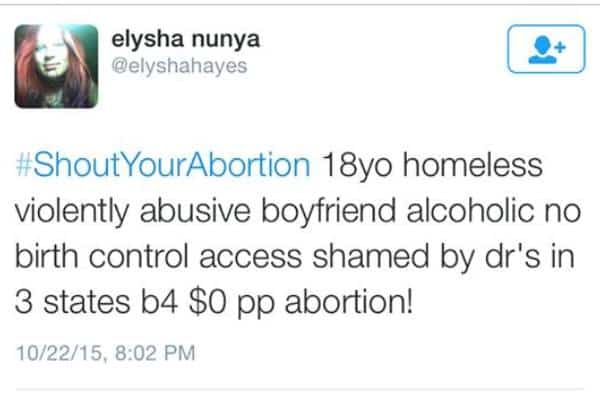 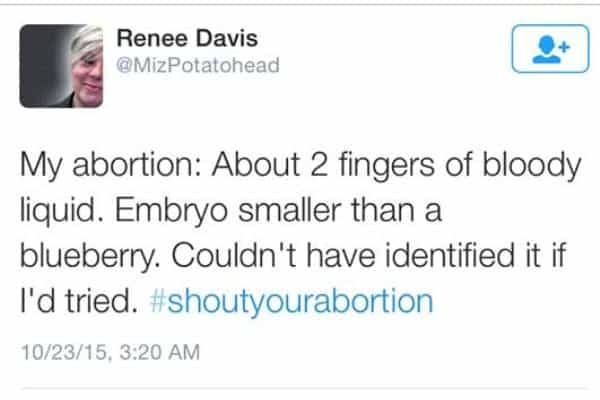 7. A tough but often logical decision 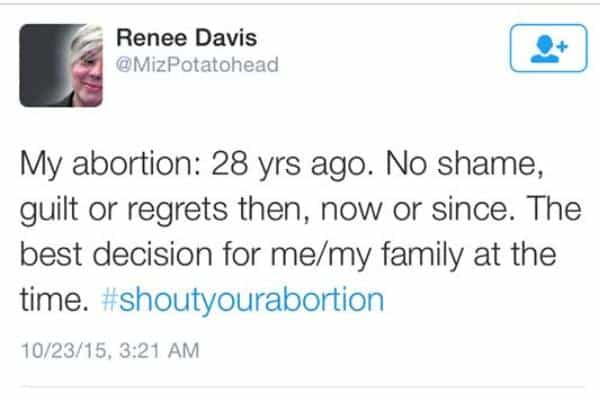 8. Ninety-five per cent of women have no regrets 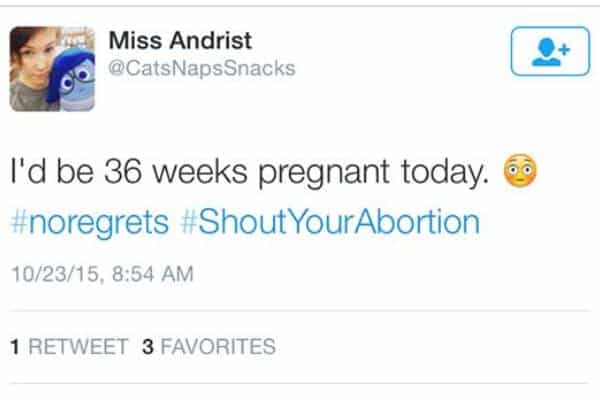 9. Think of the future 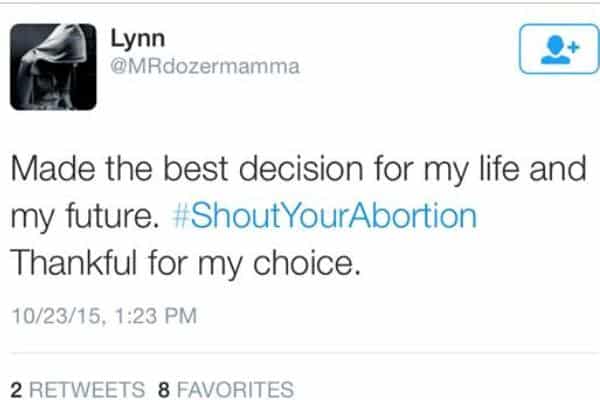 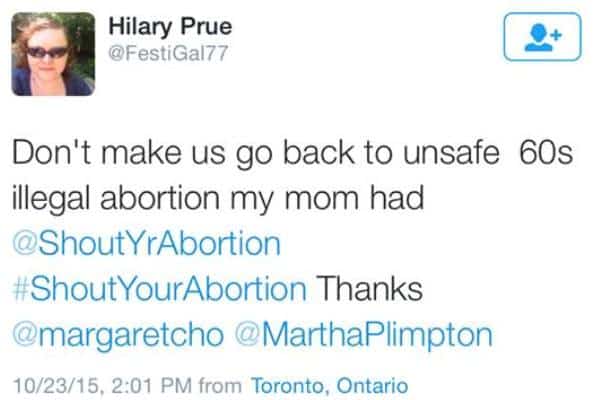 11. Eliminate the secrecy and shame 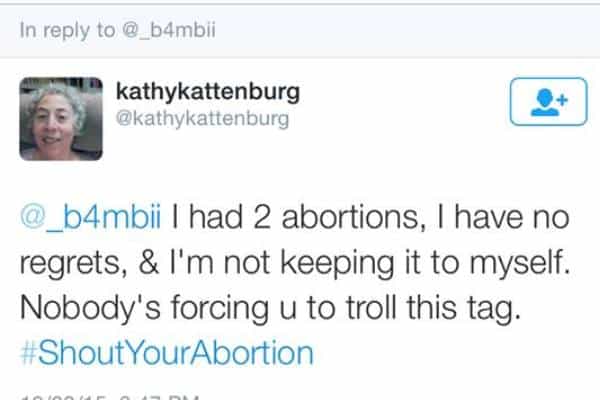 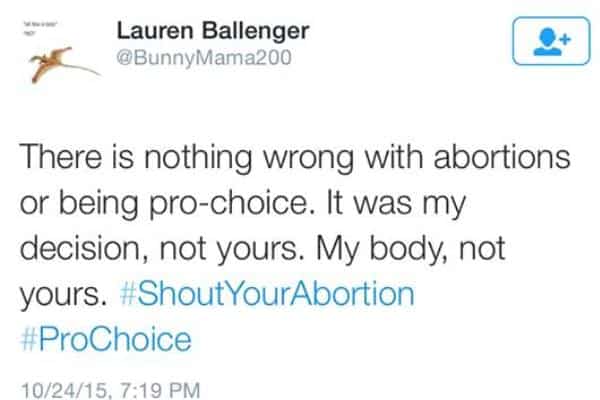 13. Stop the dangerous and illegal procedures 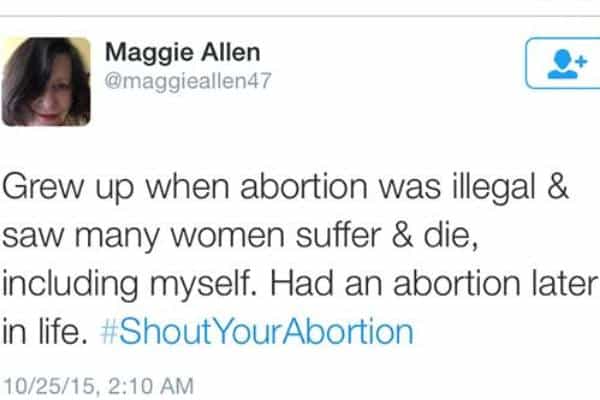 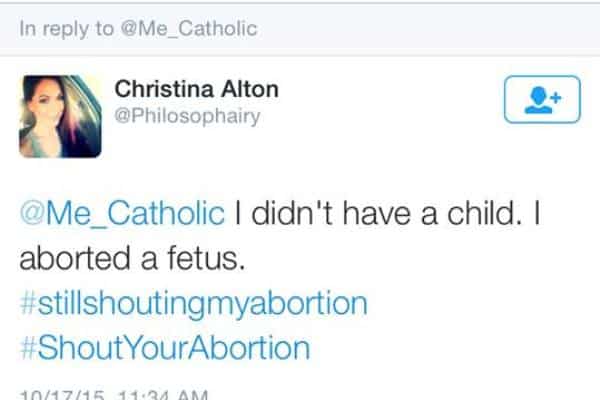 15. Cases of pedophilia and rape 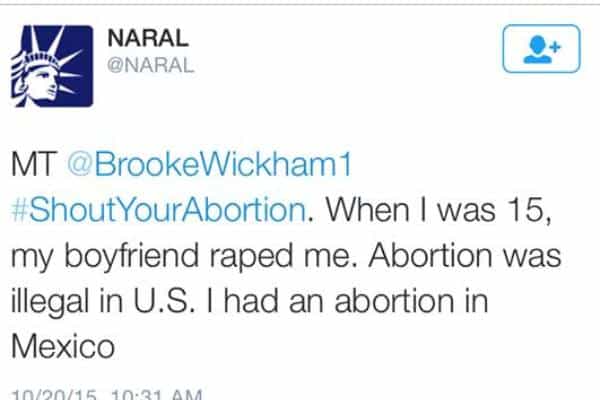 16. The courage to be brutally honest 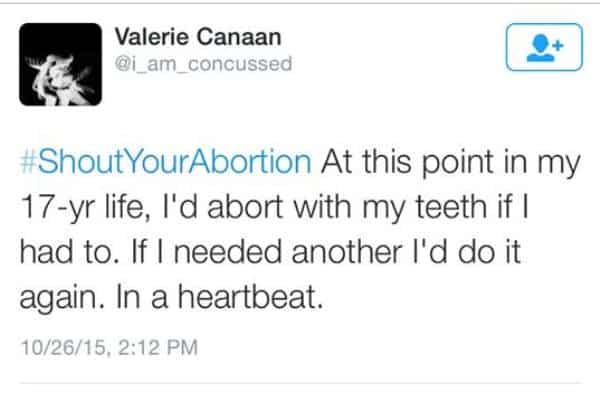 17. Choice is a privilege 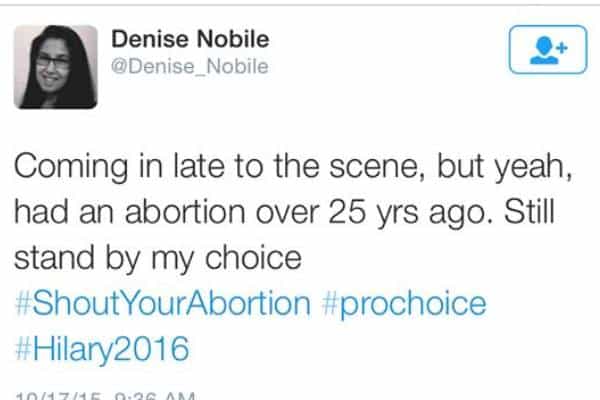 Nobody loves abortion. Nobody wants to have an abortion because it sounds fun or appealing. Abortion is one of the most excruciatingly complex choices a woman will ever have to make. However, the crux of the matter is actually very simple; it’s her choice. Nobody else’s. Compassion rather than judgement unveils a door to understanding, and #ShoutYourAbortion lends a valuable hand to finally pick the lock.