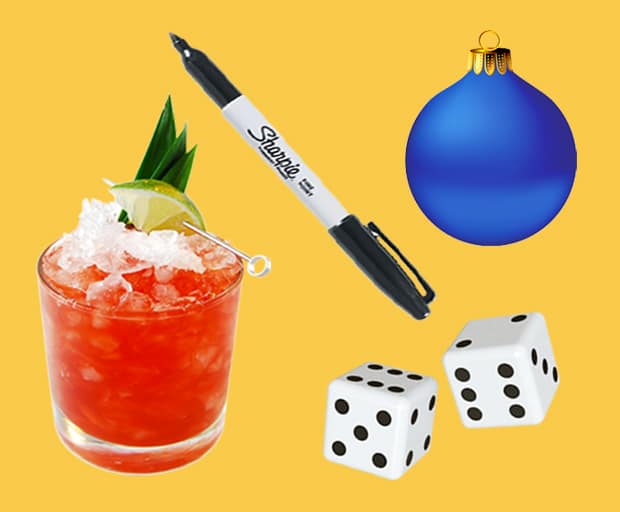 Keeping the troops happy is never easy, especially when you’ve got guests ranging from screaming seven year-olds to geriatrics.

While some are happy to spend their Christmas Eve watching whatever seasonal flicks are airing on TV with a mulled wine in hand, others are looking to take the edge off with a drink or four. So be the hostess with the mostest this holiday and unite all your guests by getting them into the spirit with these festive games sure to please all ages and tastes… 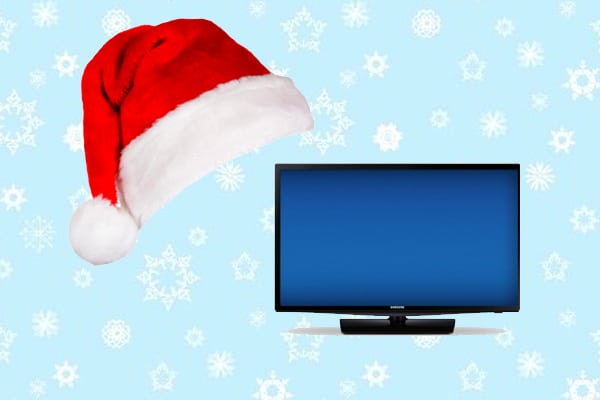 What you’ll need: A Santa hat, a movie and lots of drinks.

Who it’s best for: This game can be played by anyone of legal drinking age. It’s also a great one to pull out if you’re a highly unprepared host. It’ll give everybody a laugh and you’ll end up doing next-to-nothing to keep the game alive.

How it works: Place the Santa hat on the corner of your television. Press play on your movie and drink every time someone on the screen wears the Santa hat. 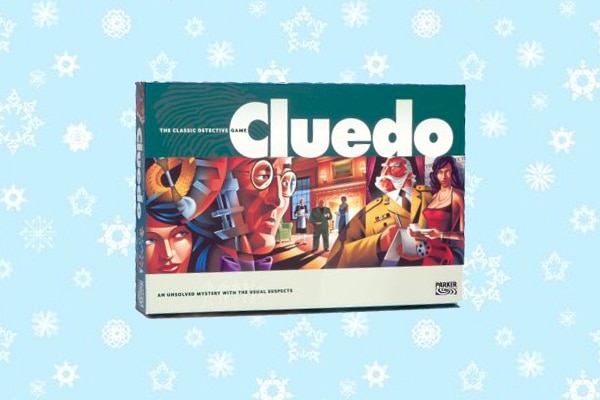 What you’ll need: A Cluedo game board, pens, paper and a keen eye.

Who it’s best for: This contest is best played amongst good friends. Ideally four to eight players who are looking to catch up over a classic game and a nice bottle of red.

How it works: This form of Cluedo is played as you would normally, but replace all the original characters and objects in the game with Christmas personalities and items to make it festive. You’ll be laughing all the way to the North Pole when Santa is found guilty of killing one of the Wise Men with a leg of ham!

3. Whose Pants Are These? 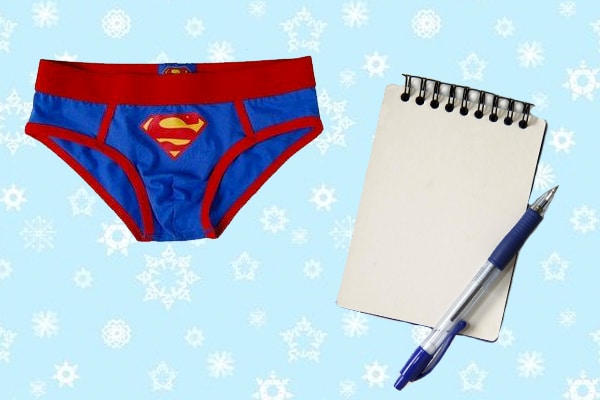 What you’ll need: One pair of underpants per player, paper and pens.

Who it’s best for: With a low skill level, this game is all inclusive. The more the merrier!

How it works: The aim of the game is to pick which pair of underpants belongs to which player and surprisingly, it’s a lot harder than you’d think. Put all the underpants on display and the winner is the contestant with the most correct answers. 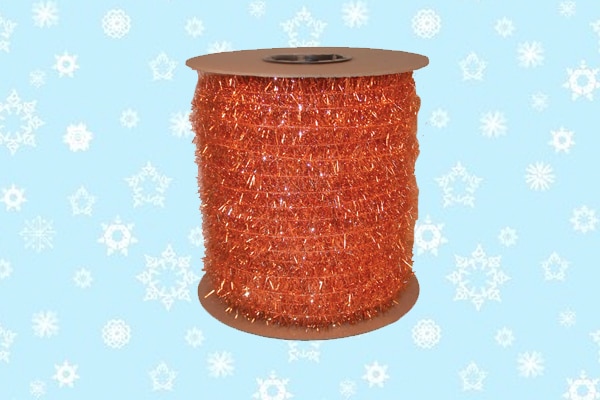 What you’ll need: Christmas carols and some tinsel.

Who it’s best for: Great for a mixed bunch of guests who are looking for a boogy.

How it works: This is a festive twist on the traditional party game. Play as you would normally, but replace your broom with tinsel and the music with Christmas carols – a surefire way to get everyone off their feet and dancing.

5. Rocking Around The Christmas Tree 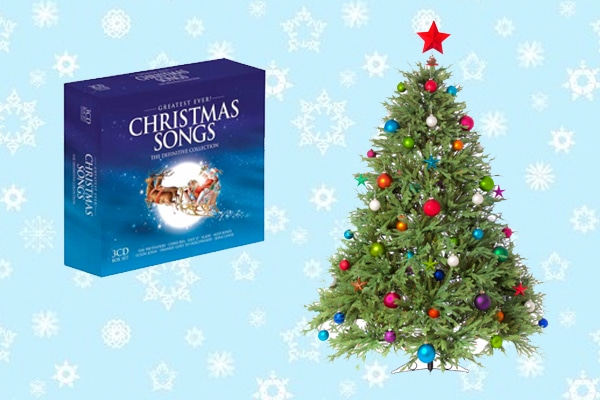 What you’ll need: Carols and a Christmas tree.

Who it’s best for: This dancing tournament is suitable for young, old and everyone in-between. For the elderly, gently remind them to take it easy so they don’t pop a hip!

How it works: The concept copies musical statues, except this time you’ll actually be rocking around the Christmas tree. Blast your choice of Christmas tunes, let your hair down and watch everyone get into the festive spirit. When the music stops, everyone must ‘freeze’ and when the judge decides someone is not ‘frozen’ enough, they’re out. The winner is the last one dancing. 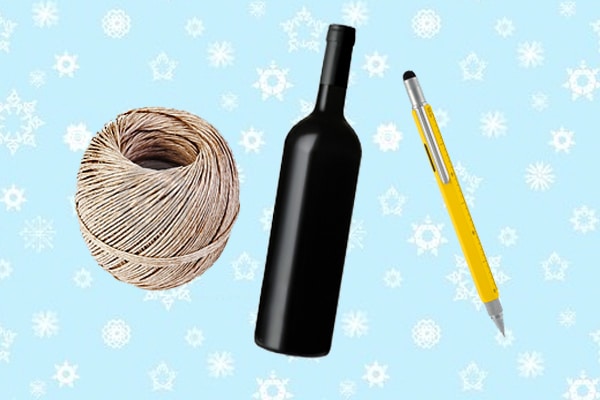 What you’ll need: A pen, some string or ribbon, an empty bottle of wine and excellent aim.

Who it’s best for: This cracker can be played anywhere, at anytime, and requires no particular skill level – mind you, those who’ve been practicing their squats will have a serious advantage!

How it works: This can be played one at a time or in teams. Tie one end of the string to the pen and the other to the back of the contestant’s pants, making sure that the pen hangs at around knee length. Now bend down and try to aim the pen into the top of the bottle, it’s harder than it looks and first one to do it wins. 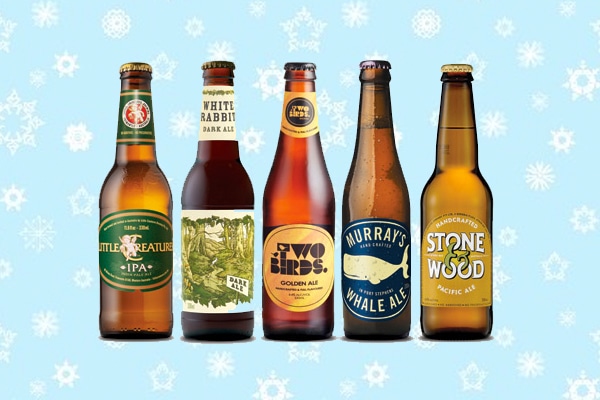 What you’ll need: Nothing but a group of willing participants and some drinks.

Who it’s best for: This game works with as little or as many people as you’d like and it’s especially good as an icebreaker.

How it works: One by one, each player is to tell the room about three horrible gifts they’ve received in the past, two are to be truthful and one a lie (if you’re strapped for ideas, these are some real-life shockers people actually received). If you want to make it interesting, i.e. for adults only, when the room correctly guesses the lie, the contestant must do a festive shot. If the room is incorrect, they must instead do the shot. 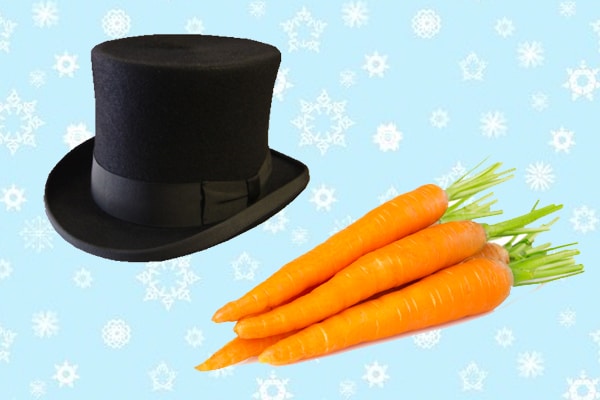 What you’ll need: Snow, accessories and your imagination.

Who it’s best for: Both young and old will enjoy this game.

How it works: Set a time limit and get all players to create their own unique snowman. The winner’s should be the most original and creative. 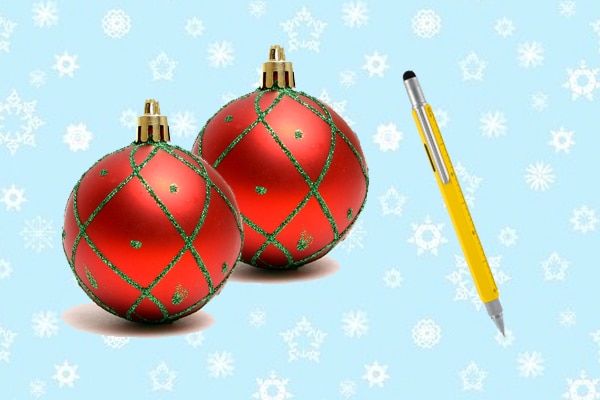 What you’ll need: Pens, paper and a Christmas tree full of ornaments – the more the better!

Who it’s best for: Very large groups, particularly those with lots of children.

How it works: This one’s pretty simple. Hand over a piece of paper to everyone and let them count the ornaments on the tree and write down their answer. If you want to make it interesting, ask them to find a certain charm or pick which one they think is your most treasured. The little ones will have a field day trying to compete with one another, or at the very least. it’ll keep them entertained for long enough for the parents to have a proper catch up.

10. All I Want For Christmas Is You 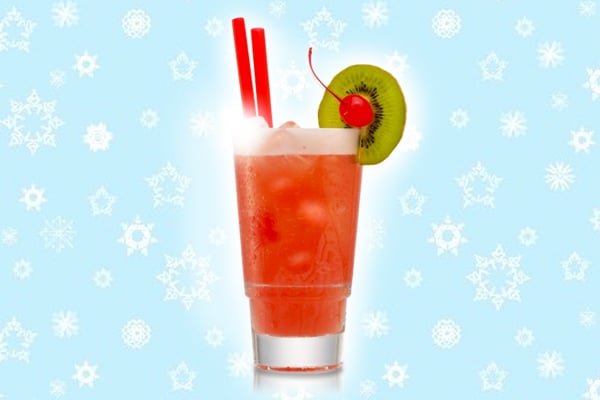 What you’ll need: Lots of Christmas cocktails and an enthusiastic crowd.

Who it’s best for: Since this amusing game can quite often get out of control, it’s probably best played amongst close friends and regular drinking buddies. Alternatively, Mariah Carey fans will also throughly enjoy it. 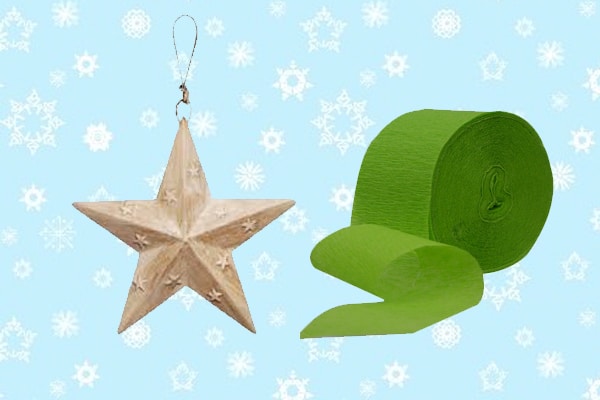 Who it’s best for: Suitable for all ages, though the youngsters will definitely enjoy this one.

How it works: Separate your group into teams and nominate one player who will be dressed up and decorated as the ‘Christmas tree’. Set a time limit, then watch the mayhem commence as the teams attempt to create the best ‘tree’ by adorning their nominated person in decorations. 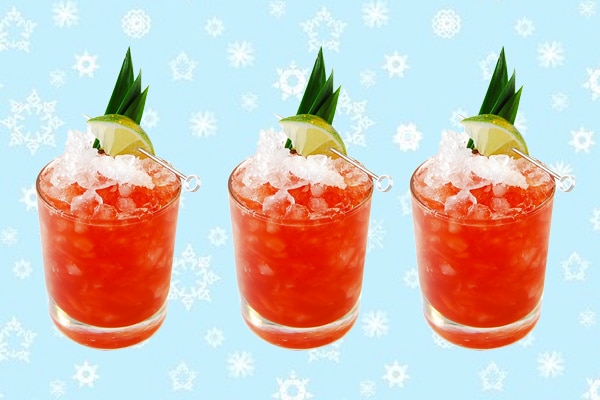 What you’ll need: Lots of drinks.

Who it’s best for: Drinkers who can handle their alcohol and have a fantastic memory. 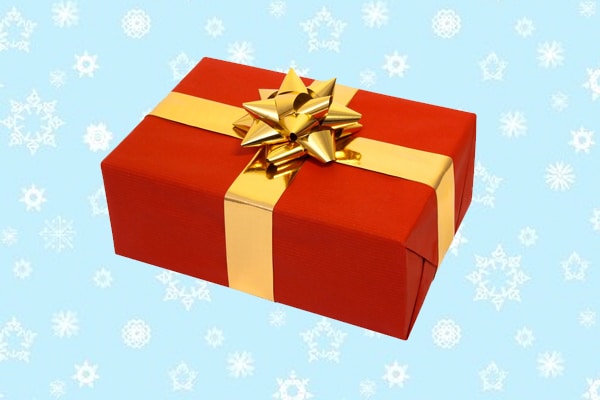 What you’ll need: An unwrapped gift and Christmas carols.

Who it’s best for: This activity is suitable and fun for the whole family.

How it works: Pass the unwrapped gift around the room while the Christmas carols play. When the music stops, whoever is holding the present at the time is out of the game. Keep playing until there is only one player left. Their prize? The unwrapped gift! 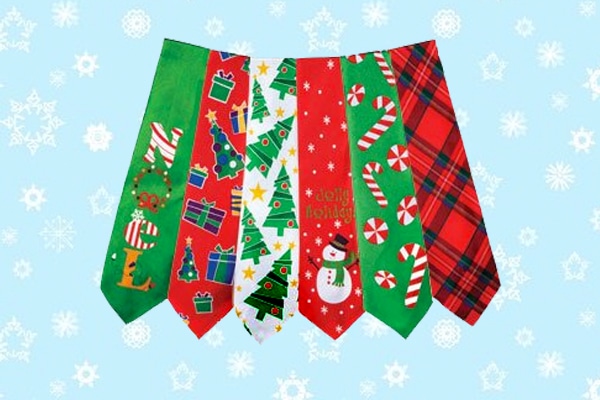 What you’ll need: An even number of players and at least one ugly Christmas tie between two people.

Who it’s best for: With minimal skill needed, everyone can be involved in this match.

How it works: Divide the group into teams of two and give each pair a tie. One parter must wear the tie and then the other must try to untie it from their teammate using only one hand. The first couple finished wins. 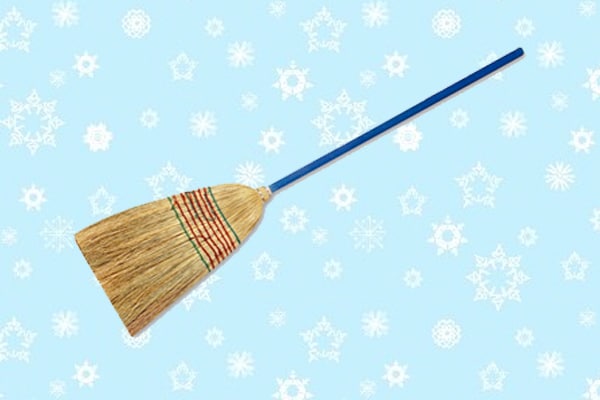 What you’ll need: A broom and an empty stomach.

Who it’s best for: Contortionists and small flexible children will most likely win this game, but anyone can play.

How it works: Start off with the youngest player in the room and work your way up to the oldest. The participants must begin with the broom out in front of their body and held with two hands. Then they must attempt to step over the broom, pull it behind them and back to the original position. The oldest person who manages to complete the task is the winner. Trust us when we say it’s much more difficult than you’d think! 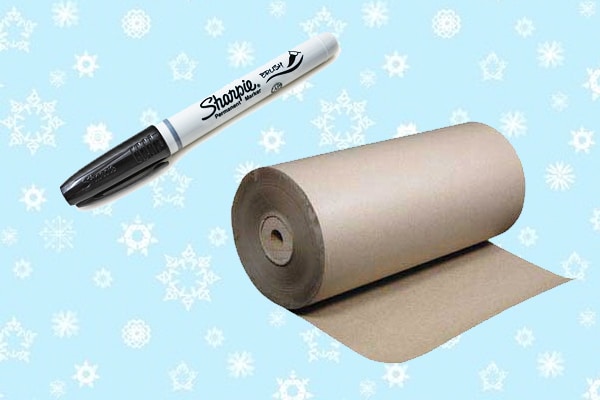 Who it’s best for: You’ll need at least four people or more for this one. Handy if you have a partner who is artistic as well.

How it works: Split the group evenly into teams. One member from each group is to draw the same Christmas themed image from the card for their team to guess. The first group to guess correctly what their team member is trying to depict receives a point. Within the team alternate the illustrator each round. First team to 25 points wins! 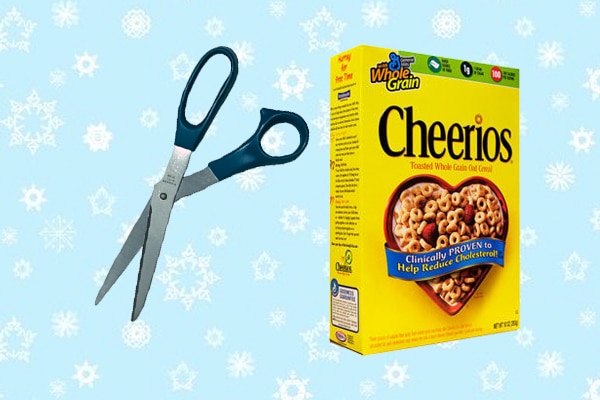 What you’ll need: Scissors and an old cereal box.

Who it’s best for: All of the family can participate in this one. Chances are though, the children will be the winners.

How it works: Cut off the flaps of the cereal box and place it upright on the ground. Beginning with the youngest player, take turns to pick up the box using only teeth and without letting any other body part touch the floor. Each person who manages to successfully do this progresses on to the next round. At the start of every round, cut an inch or two off the top of the box making it slightly smaller and harder to grab. Continue until the box is gone or there’s a clear winner!

17 Vodka Cocktail Recipes That Are Christmas In A Cup