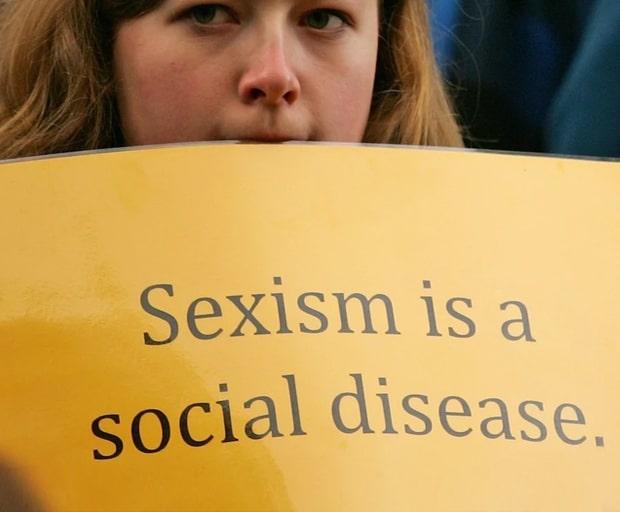 You’re walking down the street, minding your own business, when a group of men call out from the other side of the road. Inside you freeze, but on the outside you’re as cool as a cucumber while you smile and laugh at them before quickly walking the other way.

While it seems innocent enough, when we tolerate inappropriate language and sexist comments, we are simultaneously allowing everyday sexism to be accepted within our society. When you laugh off the suggestion you can’t do a ‘man’s job’ or ignore a backhanded comment about the kitchen being the ‘woman’s domain’, it allows people to think women are second class to men, and should be treated as such. And though they may appear harmless, sexist remarks can snowball into violence, sexual assault and emotional abuse, so it’s in our best interest to take a stand against them.

You may think you’ve never been a victim of everyday sexism (it’s become a little hard to identify, since it’s so widely accepted), so we’ve found 17 cases that, unfortunately, show it’s something we can all relate to…

2. When people assume we can’t function without male assistance.

Mechanic: you should have your boyfriend, husband, or father check your coolant regularly
Me: …
Me: ?#everydaysexism

3. When our outfits are policed. 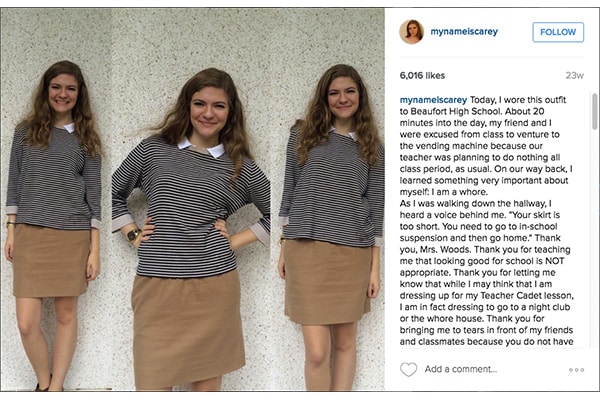 4. When double standards affect our ability to get our jobs done.

#EverydaySexism I come up with decent idea in meeting – am ignored. Minutes later man expresses same idea – is congratulated on brilliance.

5. When having a period is trivialized.

When a man tells you that you should be used to getting period pains because you’ve had them so many times. ????? #everydaysexism

6. When our success is based on our marital status.

Ran into my school teacher, she asked my 4 male friends what they were doing, asked me if I was married… #Everydaysexism

7. When we’re represented in movies more often for our looks, instead of our brains.

How long till there’s a Hollywood blockbuster film about a genius female mathematician?? #everydaysexism

8. When our voices don’t matter.

Being asked if I’m returning to work post-baby followed by insistence I’ll change mind. Husband has never been asked this. #EverydaySexism

9. Or when our sons learn that girl-dominated activities should be shunned.

10. When people try to put us in stereotyped boxes.

11. When our achievements are diminished in magazines. 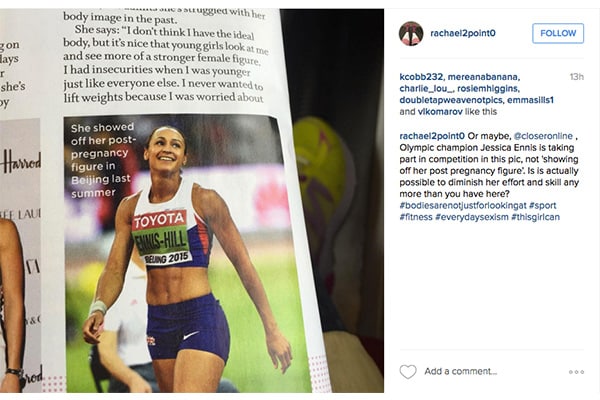 12. When the internet doesn’t acknowledge the word that defines women who are strong, independent and single.

13. And when men believe educated women should take on domestic roles, even in the office.

Birthday at the workplace and a floor full of men asks the only two women if they’ll slice up the cake for everyone. #everydaysexism

14. When we’re met with eye rolls for saying we’re feminists. 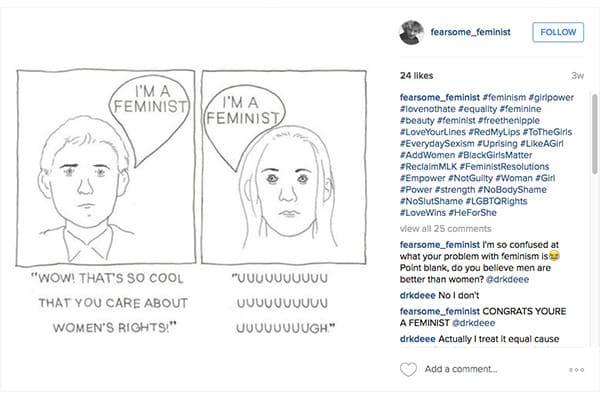 15. When our involvement with child-raising is amplified and mens are overlooked. 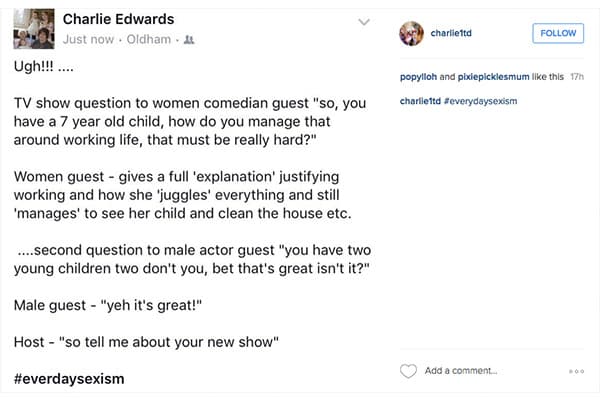 16. Or when our employers can’t fathom the idea of our self-sufficiency.