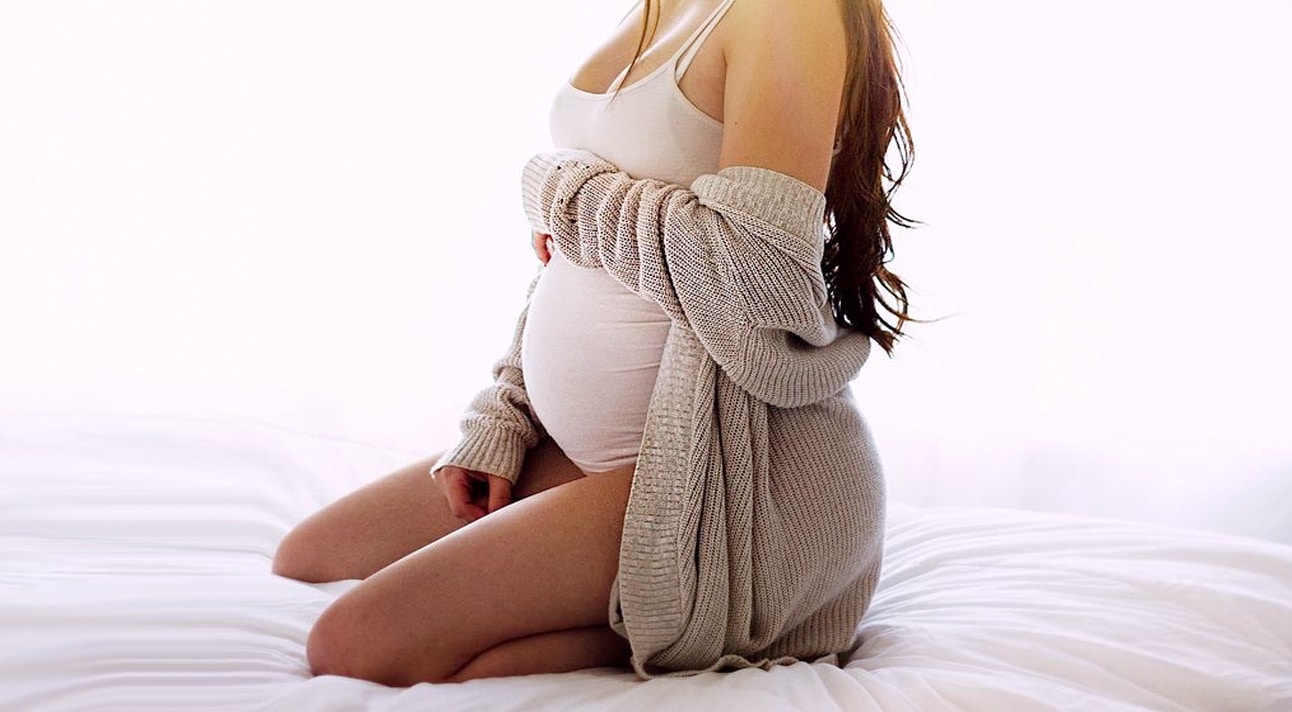 How Sarah Prieres Turned A Flea Market Store Into A Business

When Seattle-based writer Angela Garbes, author of Like a Mother: A Feminist Journey Through the Science and Culture of Pregnancy, wrote about the astonishing properties of breast milk for a Seattle publication, the piece became the most-read article during the newspaper’s 24-year run.

Readers were undoubtedly fascinated by Garbes’ examination of the subject, which touched on both the scientific aspects of breastmilk as well as the feminist, empowering message that comes hand-in-hand with the miraculous feats achieved by the female body before, during, and after pregnancy. Addressing some of the difficulties of pregnancy, Garbes expanded on her research and experience to craft Like a Mother, a no-holds barred account of the journey of childbirth. You’ll be fascinated (and appreciative) of Garbes’ non-judgmental, clear-eyed view as well as her unflinching look at some of the unexpected truths of being an expectant mom. Here are 17 things she discovered…

1. Pregnancy Books Can Be Judgmental

One of the first things many women do when they learn they’re expecting is to buy a book (or multiple books) on the topic. But many mommies-to-be who are looking for comfort and reassurance may find the tone of these books more scare-tactic than soothing. “I think most pregnancy books have good intentions — to inform and support women during a period of immense change,” says Garbes. “But with every book I read — and I read a lot! — I was struck by how they all seemed to present information in terms of what women ‘should’ or ‘shouldn’t’ do or eat or drink, as though there was a ‘right’ or ‘wrong’ way to be pregnant.”

2. … So Don’t Forget to Trust Yourself

“Instead of ‘rules’ and strongly worded recommendations, I would have liked to simply have information,” Garbes says about the many pregnancy books she read. “No moralizing, no judgment — just information!” Garbes, who grew up in a Filipino household, talks about her background and going with her gut instinct: “I come from a place of trusting women, trusting that we are all doing the best we can and can make decisions that are best for our babies (and ourselves!).”

A miscarriage — when a pregnancy ends on its own before the 20th week — can sometimes feel shrouded in secrecy, but Garbes discovered that it’s more common that you might think. According to the Mayo Clinic, “About 10 to 20 percent of known pregnancies end in miscarriage. But the actual number is likely higher because many miscarriages occur so early in pregnancy that a woman doesn’t realize she’s pregnant.”

“Because our culture doesn’t talk openly about miscarriage, people often have to endure the experience alone,” laments Garbes. “That leads to many of them thinking and worrying that something they did — lifting something, having a glass of wine, exercising, having had an IUD — could have caused it. But the reality is that the majority of miscarriages are caused by chromosomal abnormalities — things that are entirely our of our control.”

5. You May Become Obsessed with the Placenta

During her pregnancy, Garbes says she became “legit obsessed” with this remarkable organ. “If all its tissue was unfurled, the placenta would occupy around 150 square feet of space — about the size of the average office worker’s cubicle,” she enthuses, adding that “It also originates from the fetus and is 50% someone else’s DNA, so it’s actually a foreign invader in a mother’s body and we don’t fully know how it convinces her body to tolerate it.”

6. And Really, Everyone Should Be Obsessed With It

“The placenta has implications for all human health — not just moms and babies,” advises Garbes. “If we studied it more, we might gain more insight into cancer, organ transplantation, and other aspects of human health!”

Garbes was curious about consuming her placenta, which she notes is important in many cultures and also something that most mammals do — even herbivores. “I thought maybe all these other people and mammals might be on to something,” she says. “My doula, who was learning how to do encapsulation” (the process in which the placenta is cooked after birth, and turned into a powder that can be taken by the mother via capsule) “offered to do it for free and I don’t turn down bargains like that.”

8. But Whether Or Not It Helps is Up in the Air

While some women swear that they’ve reaped many benefits from consuming their placenta, Garbes wasn’t sure: “In hindsight, I honestly have no idea if it helped me, but I believe the many women who say it helped them. Mostly I’m just glad that I was able to engage and have contact with an organ that did so much for me and my daughter.” It’s definitely a way to bring the relationship with your placenta full circle.

“It may be a natural process, but it doesn’t necessarily come naturally to mom or baby,” observes Garbes, who describes breastfeeding as “painful, time-consuming, messy, stressful, exhausting!” “I was shocked to realize what hard work it is,” she says.

“After researching, I was surprised (and delighted) to learn that breast milk is alive and dynamic,” explains Garbes. “It contains sugars and microbes and antibodies that act like custom-made nutrition and medicine for a baby, and… breast milk’s composition is constantly changing to adapt to baby’s needs.” Discovering the many wonders of breastmilk was helpful for Garbes: “All of that information was hugely motivating to me during the most challenging times of breastfeeding,” she says.

11. FYI: You Will Be Constipated

“Whether you deliver vaginally or by C-section, you’ll likely be constipated after birth,” warns Garbes. “Not eating full meals during labor, taking painkillers, having your intestines moved around, causing gas and bloating, as well as having hemorrhoids and a torn-up perineum from pushing all make it difficult to move your bowels.” This is important because…

12. That First Postpartum Poop is Kind of a Big Deal

Garbes describes in her book how her first postpartum poop left her in tears — a feeling echoed by many moms who say that the experience is nothing short of horrifying. The sensation can be so intense that women are concerned that stitches will be ripped open or body parts will be torn. Garbes got through it intact, and you will too. Maybe being informed ahead of time will be helpful! “I wish I had known this going into it,” laments Garbes.

13. Postpartum Sex Will Surprise You

“What surprised me most was that my whole relationship to my body had changed,” Garbes says candidly. “Like it wasn’t fully mine anymore. All the organs and body parts and emotions that are involved in sex are involved in birth and breastfeeding too, so, in weeks and months after having my daughter, it was impossible to experience pure pleasure — pleasure just for myself — the way I used to.”

14. Your Body Will Surprise You… Again

After all the absolutely incredible feats your body has performed — just think about what goes into conception, pregnancy, and birth — there’s still more surprises in store, especially when you have sex. “The first time I came after giving birth, breast milk sprayed out of my boobs and I was horrified, and then I was basically totally uninterested in sex for months afterwards,” recounts Garbes.

15. Sex Drive Goes Up and Down

Garbes isn’t alone in how her sex drive fluctuated after giving birth. Hormones, exhaustion, physical changes can all have an effect. Although you should consult with your GYN or midwife if you have any concerns, know that there’s no right or wrong timeline for getting your sex drive back.

In time, Garbes rediscovered her interest in sex. “My husband and I fumbled and felt our way back to each other, but it took a while,” she says. “And we arrived at more of a ‘new normal’ rather than going to back what our sex life was.”

17. Birth is as Unpredictable as Pregnancy

A birth plan — a document written up by the mom-to-be ahead of labor — helps clarify your needs, hopes, and preferences for the professionals who will be with you (for example, you can address issues like pain medication, or playing music during labor, or using a birthing tub). While Garbes explains that “it’s great to be clear on what is important to you and what you want,” she adds that “it is just as important to understand that birth is, inherently, out of our control.” In a way, birth planning mirrors the unpredictability of pregnancy itself: “If you can count on anything, it’s that labor and birth will not go as planned and the best thing you can do is be open to all the possibilities.”

Comment: What is the most surprising truth for you about pregnancy?