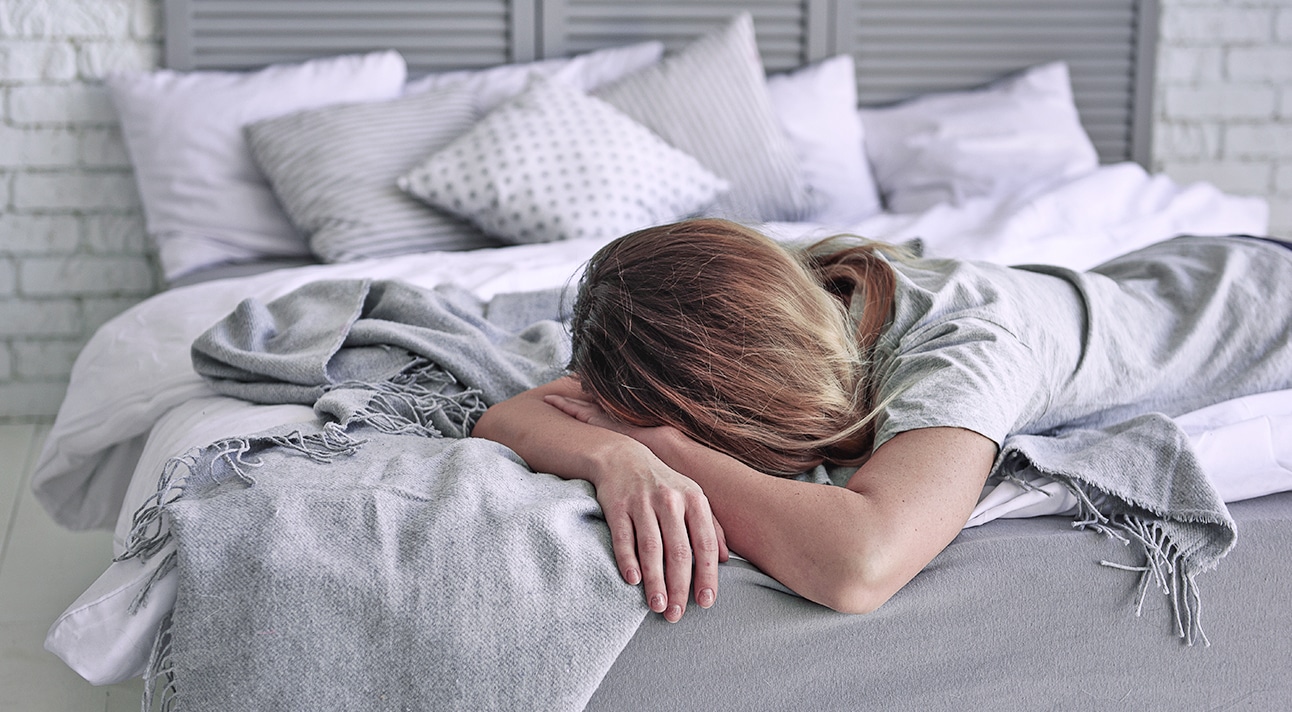 Is There Such A Thing As Being Too Self-Confident?

Losing sleep can have scary effects on your body — both inside and out.

It’s not news: if you don’t get enough sleep, you’re gonna feel lousy.

But it might surprise you to learn that if you’re getting less than six hours of sleep a night, it could be messing with your health and appearance in some serious ways. And I don’t just mean nodding off in the middle of the day. Lack of sleep leads to no-duh scenarios like low energy and irritability, but did you know that sleeping is also necessary for healthy hair, skin, and nails? How about your sex drive? And just your general joie de vivre?

Yup, all affected by sleep. So let’s be clear: the National Sleep Foundation recommends seven to nine hours of sleep per night for adults from ages 18 to 64.

So what if you’re not getting the recommended amount of sleep? You might be waking up every night at 3AM and unable to conk out again. Or you might have full-on insomnia, “characterized by difficulty falling asleep or staying asleep, which is present for at least 3 nights per week for at least 3 months,” explains Dr. Gary Zammit, Ph.D, Executive Director of the Sleep Disorders Institute in New York City. Whatever the particulars of your sleepless nights, the bottom line is that it’s not a good thing. Here are 17 ways insomnia might be affecting you.

You might not think that losing sleep could affect your skin, but it does have an affect on your pH levels, which then messes with your ability to produce moisture. This can lead to dry skin and even acne, along with all-around dullness.

Okay, seriously: a study by Estée Lauder an UH Case Medical Center showed that out of 60 women, the ones who slept five hours a night had — wait for it — twice as many wrinkles and spots as opposed the women who slept for 7 hours.

The same harsh effects that sleeplessness has on your skin goes for your nails, too. Lack of moisture can make them dry and brittle, which is not the ideal starting point for, say, a fab reverse French manicure.

And just to continue the beauty trifecta of hair, skin, and nails… sleep deprivation can result in hair loss.

It’s a real thing that lack of sleep messes with the blood vessels under your eyes and creates dark circles. If you’re going for a goth-y, Lisbeth Salander look, try some smudgy eyeliner instead (unlike the signs of insomnia, it washes right off!). And while there are some cool, natural remedies for puffy eyes, you can avoid them in the first place by logging in your Zs.

Wait, what? Yes, research shows that people who don’t get enough sleep get droopy mouths, resulting in a sad-looking face. Again, if you’re going for a brooding, goth-y look, there are better ways to do it.

You won’t just feel run-down if you haven’t gotten enough sleep. According to a study published the journal Sleep, people who sleep less than six hours each night are four times more likely to catch an actual cold.

Staring into space at work, zoning out during a meeting, making one mistake after another while typing up that report… Yup, insomnia “is associated with distress or impairment in daytime functioning,” says Zammit.

According to the American College of Cardiology, “Evidence is mounting for prospective links between insomnia and hypertension, cardiovascular events, and death.”

You will actually burn 20 percent more calories if you log seven to nine hours of sleep. Also, you’ll be more likely to exercise.

Sure, heartburn or an overly full stomach can keep you awake at night. But it’s also true that not getting enough sleep can actually lead to digestive issues. “People who do not sleep enough more likely complain of fatigue, malaise, aches, pains, stomach upset, and diarrhea,” Brandon R. Peters, M.D. tells the Huffington Post about the effects of sleep deprivation.

Not only is insomnia a symptom of diabetes, but it can be the reverse, too: insomnia is thought to increase the risk of developing diabetes.

Forget about driving after a bad night’s sleep. Sleep deprivation can affect you the same way that drinking does.

Aaaand on top of all this… Not sleeping enough, even for just one tiny night, can have immediate effects on your sex drive. Insert frowning face (or sleep deprived, drooping-mouth face) here.

Loss of energy, clumsiness, being stressed out, moody, and/or depressed: those are not the makings for being your best self. “Impairment of the frontal lobe of the brain may also interfere with higher level cognitive processes called executive functions,” says Peters. “This can undermine judgment, critical thinking, relationships, problem solving, planning, and organization.”

With all these amazing far-reaching bad effects, it makes sense that lack of sleep can lead to just plain old feeling unhappy. “People who are sleep deprived get less enjoyment out of life in general,” Phil Gehrman, PhD, CBSM tells WebMD. “Sleep deprivation actually decreases our experience of positive emotions.”