Online dating just got even worse…

With the advent of Tinder spreading like a silent insidious force, it’s no wonder online dating has become such a horrible mess. I’ve heard plenty of horror stories about weird experiences women have had on the dating app, including a harrowing tale about a man who asked his Tinder date to refund the money he spent on her coffee after being turned down for a second date. #facepalm

However, that doesn’t stop a few Tinder incidents from making us chuckle over our morning lattes.  After all, if you don’t laugh, you’ll cry. Here are 17 examples of Tinder gone horribly wrong… 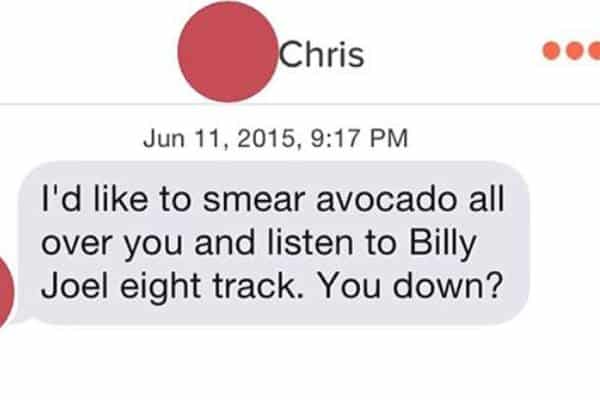 Um…how exactly did he manage to rope Billy Joel into this?! 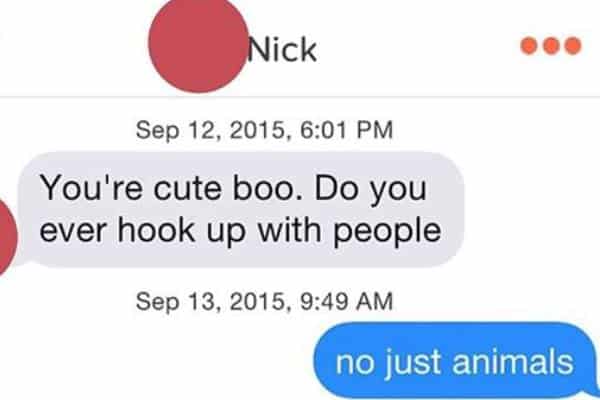 Probably one of the best sarcastic responses in the history of Tinder. 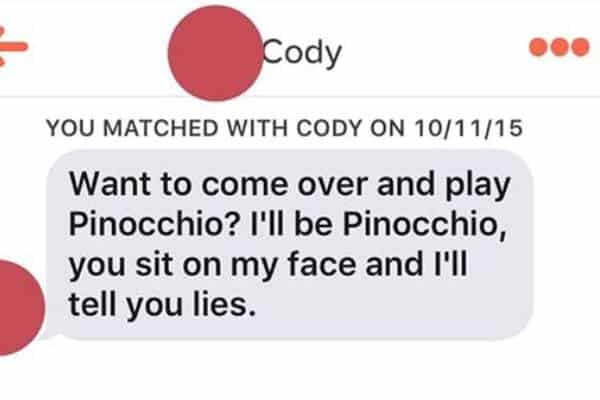 This is literally one of the oldest (and most disturbing) lines in the book. Originality, if you please? 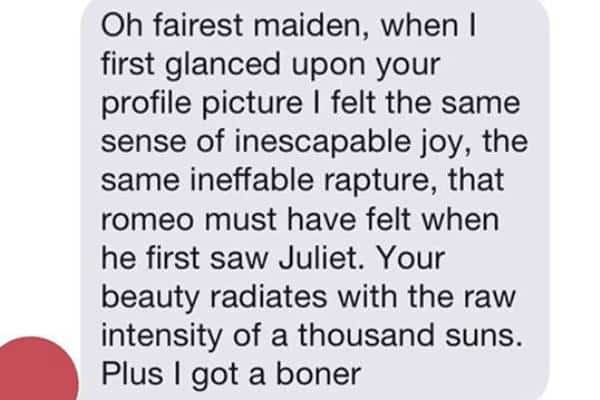 He was doing so well until the last five words… 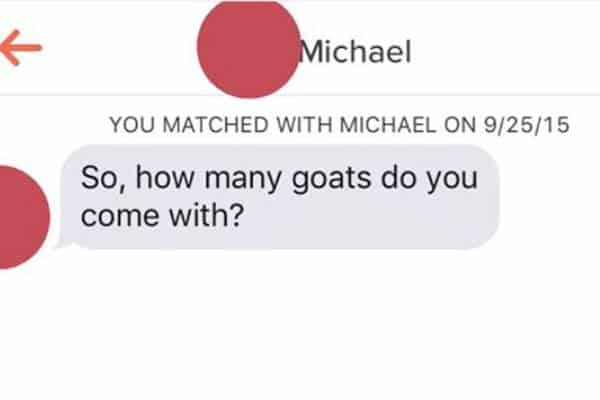 Look out, Borat’s on the loose. 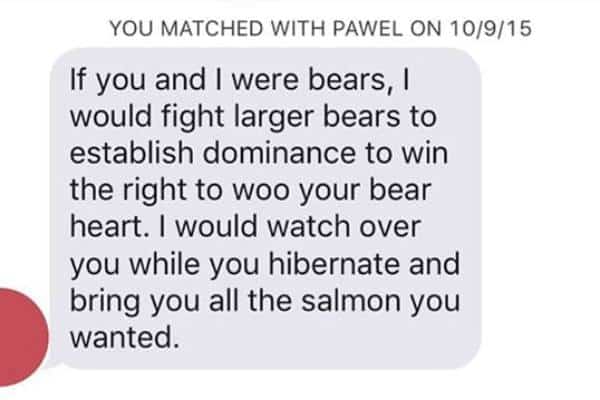 I’m not sure pretending to be a fearsome, growling, salivating wild animal ever won the heart of a fair maiden. Still, you never know. 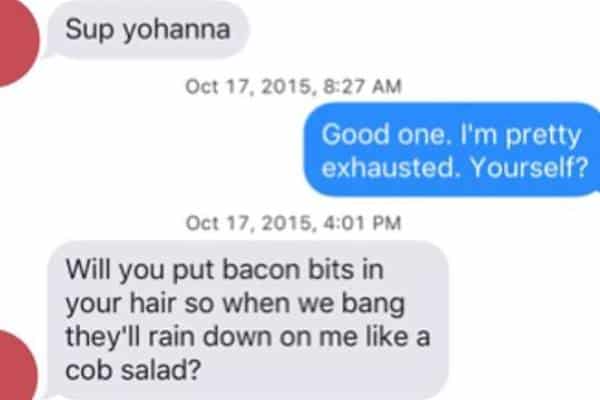 How does anyone even think of this?! 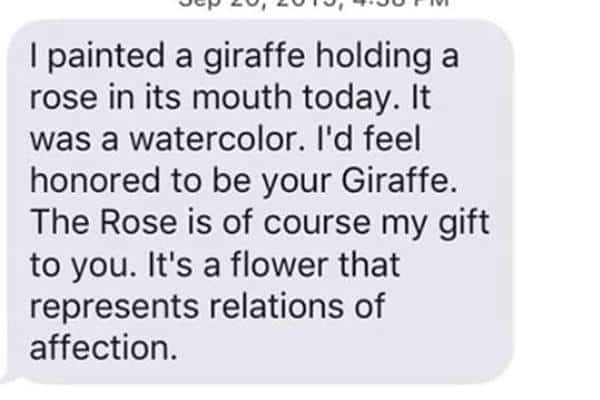 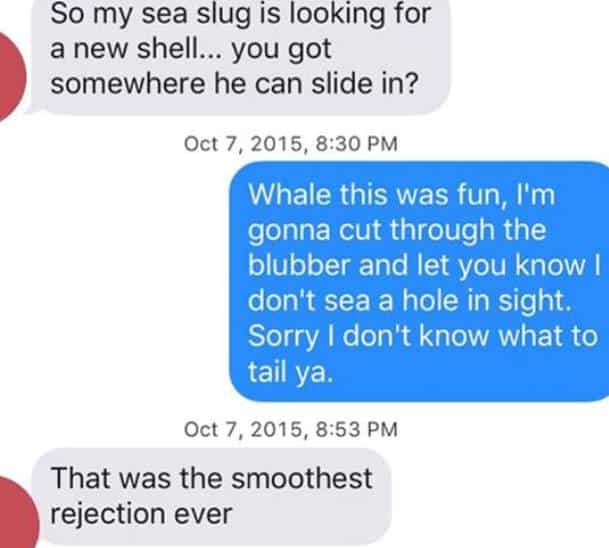 Kudos to this girl for the best comeback ever, and props to this guy for admitting defeat. 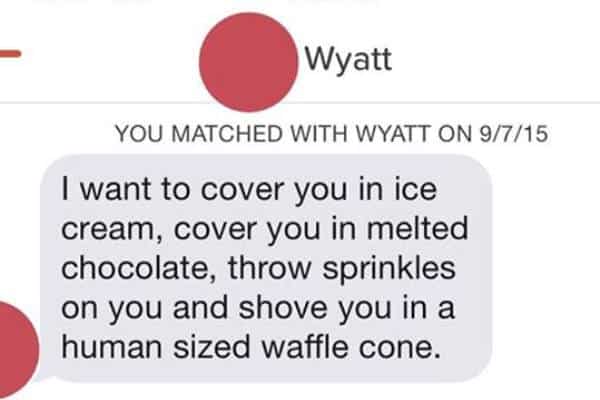 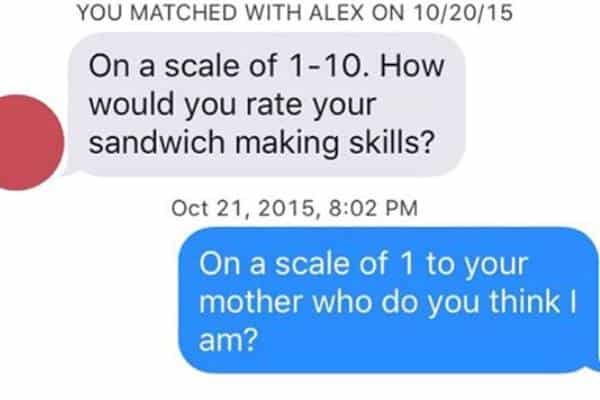 And people say the Oedipus complex is outdated…

When was the last time they even played that irritating commercial? At least pick something with a better theme song. 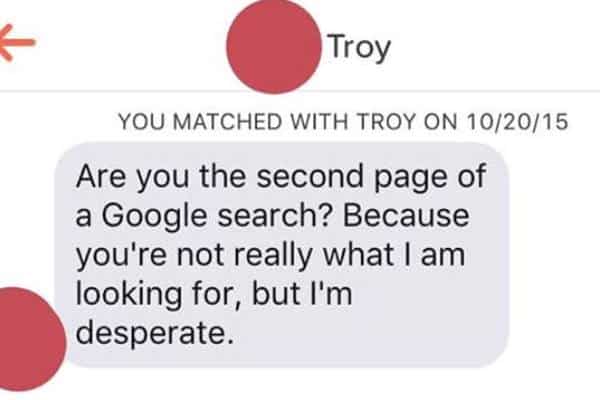 This guy clearly has too much time on his hands. I mean, who ever looks at the second page of a Google search anyway? 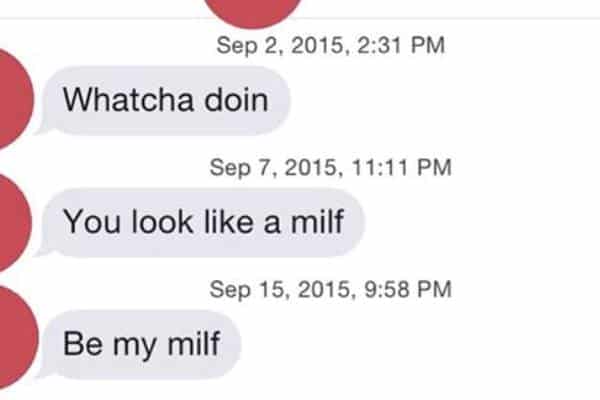 As a self-confessed puma, I can assure you this is not the way to proposition an older woman. Tact, anyone?

15. The guy who’s out of pickup lines 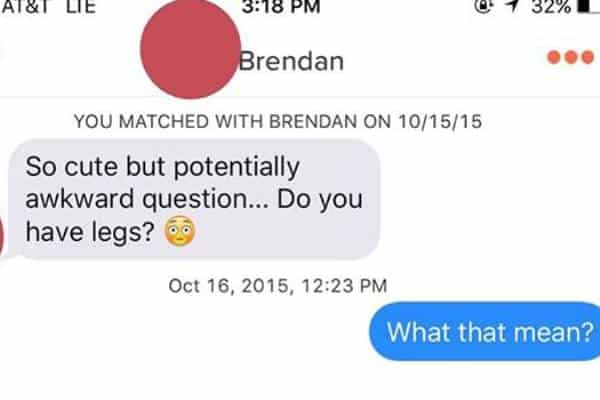 I literally have no words for this one. 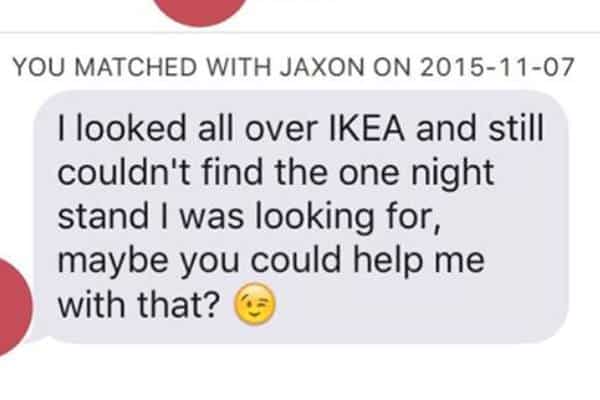 While this line smacks of cliche, at least he’s upfront. Gross, but honest.

17. The messed up hockey fan 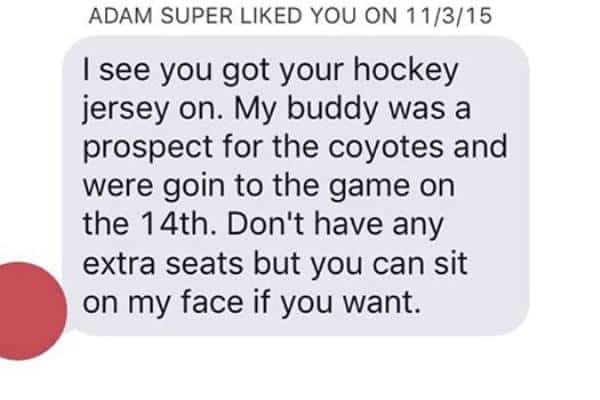 Again, he was doing really well up until the last sentence. He’s lucky this girl doesn’t come after him wielding a hockey stick. When will these guys learn?!

Images via instagram.com and huffingtonpost.com