Maybe he was trippin’…

Kanye West tends to get a bit of a bad wrap. Yes, we know he asked Mark Zuckerberg for a billion dollars via Twitter and went on a viral rant about racism at the Grammys, but there’s no denying he’s a genius – he tells us all the time.

However, the line between genius and insanity is a very, very thin one, and occasionally dear Kanye tends to cross it. Here are 18 thought-provoking, enlightening, philosophical quotes from Kanye that prove he’s sometimes the only one who can understand what he’s saying…

You may need to scrub up on your mathematical skills and factual accuracy, Kanye.

2. “I am God’s vessel. But my greatest pain in life is that I will never be able to see myself perform live.” 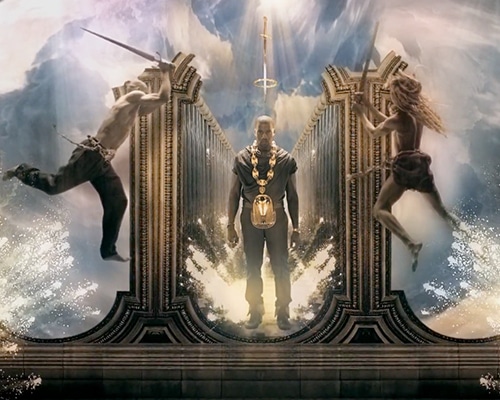 3. “I think what Kanye West is going to mean is something similar to what Steve Jobs means. I am undoubtedly, you know, Steve of internet, downtown, fashion, culture.”

Passing on the mantle of greatness? We like it… kinda.

4. “Sometimes people write novels and they just be so wordy and so self-absorbed. I am not a fan of books. I would never want a book’s autograph.”

Um, if you read books, you’d know a book can’t give you its autograph.

5. “I hate when I’m on a flight and I wake up with a water bottle next to me like oh great now I gotta be responsible for this water bottle.”

But it’s important to keep hydrated while flying so high…

6. “You should only believe about 90 per cent of what I say. As a matter of fact, don’t even believe anything that I’m saying at all.”

Well, thanks for the warning, we guess…

8. “People ask me a lot about my drive. I think it comes from, like, having a sexual addiction at a really young age. Look at the drive that people have to get sex.” 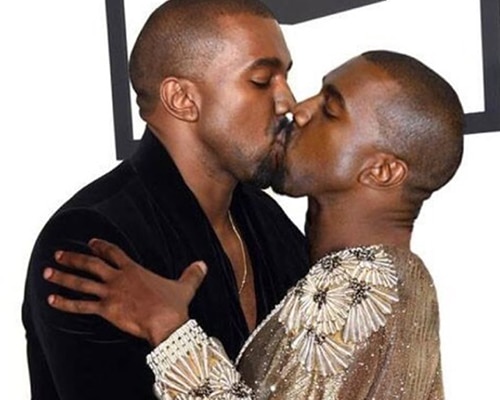 That is literally the best motivation for anything we’ve ever heard. Bravo. *slow clap*

Again with the books! You’re a bit obsessed with them for someone who claims he doesn’t read…

11. “I believe that bad taste is vulgar. It’s like cursing. I think the world can be saved through design, because what is the most distasteful thing someone can do? Kill someone.”

12. “Who’s seen the play Wicked? I’ve seen it four times! Other than loving the music, acting and costumes… it’s my story!!!”

We’ll believe that when you paint yourself green, fly on a broomstick and sing like a girl at the top of your lungs.

The struggle is real.

14. “I could never do stand up cause I tell jokes much better when I’m sitting.”

That’s so funny we forgot to laugh.

15. “So Nirvana can have a naked human being on the cover but I can’t have a PAINTING of a monster with no arms and a polka dot tail and wings.”

16. “Sometimes I push the door close button on people running towards the elevator. I just need my own elevator sometimes, my seven floor sanctuary.”

Everyone does that… right?

18. “I think Twitter was designed specifically with me in mind just my humble opinion hahahahhahaahaaaa.”

You know what, you’re probably right.

Comment: Kanye West – do you love him, hate him, or love to hate him?