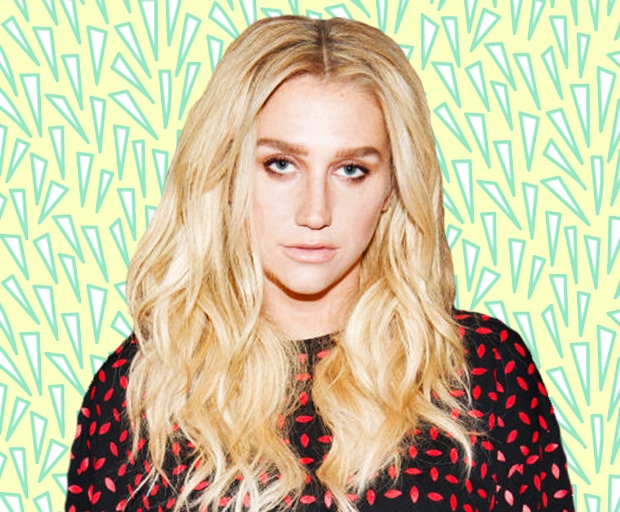 The singer says Sony promised to free her from her contract if she told media her rape was all a lie.

In an explosive new Instagram post, pop star Kesha, who was embroiled in a legal battle with Sony from October 2014 to February this year, surrounding allegations her producer, Dr Luke had “sexually, physically, verbally, and emotionally abused” her since the age of 18, has revealed the music company attempted to blackmail her into saying she made the whole story up.

‘I got offered my freedom IF I were to lie,’ she wrote in the post.

‘I would have to APOLOGIZE publicly and say that I never got raped. THIS IS WHAT HAPPENS behind closed doors. I will not take back the TRUTH. I would rather let the truth ruin my career than lie for a monster ever again.’ 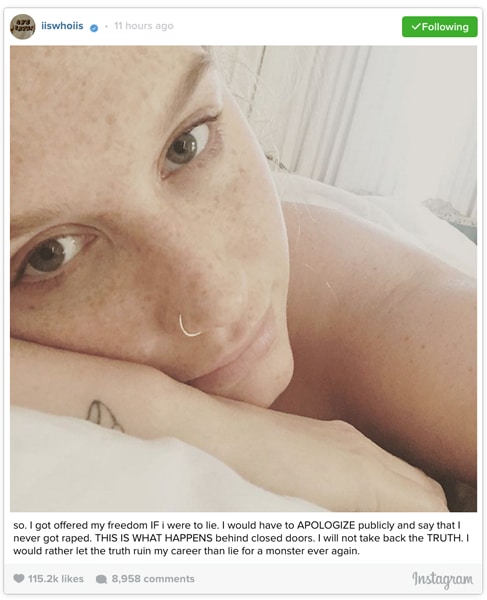 Shortly after Kesha’s revelation went live on social media, a spokesperson for Dr Luke released a statement in response to the singer’s claims.

“The Court repeatedly stated Kesha is already free to record without Dr Luke, and that she had not presented any facts supporting her claims,” the producer’s spokesperson said.

“That’s because all the evidence — including Kesha’s own videotaped sworn testimony — show her allegations are false. The only thing Kesha is not free to do is to continue to lie about Dr Luke through publicity stunts and outrageous smears, ignoring the fact that by her own free will she went to work and entered into new contracts with Dr Luke years after this ‘incident’ supposedly happened. Her goal all along has been solely personal enrichment by seeking to break contracts that brought her success and millions so she can enter into more lucrative ones.”

In February, a New York-based judge ruled that Kesha could not break her contract with Sony, which would’ve released her from working with Gottwald, the man she alleges abused, drugged and raped her over a 10-year period.

Kesha spoke out about her disappointment at the justice system after her injuction was denied, and what her ruling ultimately means for abuse victims everywhere in a Facebook post last month.

‘At this point, this issue is bigger than just about me. I think about young girls today,’ the singer wrote.

‘Unfortunately I don’t think that my case is giving people who have been abused confidence that they can speak out, and that’s a problem.’

Despite standing by Gottwald, throughout its legal battles with Kesha, Sony recently indicated it had decided to cut ties with the producer one year before his contract expires after Kesha received an outpouring of support from fans and celebrities alike, including Adele, who dedicated her BRIT Award to the singer.

Gottwald has continued to emphatically deny the singer’s allegations of abuse and has not been charged with any crime to date.

When you consider the depressing statistics related to rape convictions – an estimated 85 per cent of cases never come to the attention of the criminal justice system, and of those reported, only a small proportion proceed to trial, with an even tinier percentage resulting in successful conviction – Gottwald’s freedom in the face of his victim’s continued cries for help is a sadly common situation.

It’s estimated that four out of five sexual assaults are committed by someone known to the victim, which typically leads to ongoing emotional manipulation and blackmail to prevent the victim from speaking out; meaning that if and when these victims finally muster the courage to step forward, they are without evidence to prove the crime, as was the case with Kesha, and are subsequently treated with suspicion and cynicism.

Adding to this, publicized cases like the three Australian men who paid their way out of jail time after gang raping a 17 year-old girl in Croatia last year, and the Saudi millionaire who escaped sentencing for rape after claiming he accidentally “fell” into his victim’s vagina aren’t helping instil confidence in victims still deciding whether the emotional turmoil coming forward includes, is worth the seemingly impossible chance of receiving justice.

There are few women, having faced all of that, who are still willing to continue to fight to be heard. Despite the troubling outcome of Kesha’s legal battle with Dr Luke and the deplorable way it appears her record company behaved in the process, Kesha’s ongoing defiance in the face of her critics provides hope to victims everywhere that if you yell loudly enough, eventually, someone will listen.

Images and video via instagram.com, youtube.com and facebook.com.

Comment: What’s your reaction to Kesha’s new allegations against Sony?