There are some ways guys hint they like you that you wouldn’t expect.

I’ve never been good at being able to tell when a boy is flirting with me. Ever.

My first boyfriend flirted for literal weeks and it wasn’t until he straight out asked me to be his girlfriend that I noticed he was into me.

A few weeks ago I was approached by this very handsome young man at a bar.  When he asked me how I was doing I looked behind me for the girl I assumed he was talking to, only to discover he was in fact interested in me.

He asked me about my life and my job, with me assuming his interest to only be friendly. As I bopped over to the dancefloor my girl gang informed me that he had indeed been flirting and as usual, I had missed the memo.

When I turned around to spot Mr. Handsome, he was long gone. I had not reciprocated the flirt because I didn’t realize it was going on.

Now I may be bad at spotting the signs but there are a number of factors at play here.

Nonetheless, I could do with a bit of a refresher on ways guys hint they like you without them explicitly saying the words.

1. The lines of communication are OPEN

If he is blowing up your phone, it’s safe to assume that homeboy is all kinds of interested. Life can be so busy that texting is something we reserve for our nearest and dearest. If he is making an effort to text you, we can safely assume he likes talking to you.

He may not come straight out and tell you that he’s into you but you can infer the same message from subtext. Little compliments like “I think you’re really cute’ or ‘I like spending time with you’ is an indication of some deeper feelings. Start paying attention to the compliments he gives you because this is a big way that guys hint that they like you.

3. He tries to make you laugh

We know that boys can be silly but often they’ll be dumb to make you laugh. If a guy is putting himself out there to get a giggle out of you, this can often be a good indication he likes you. Laughter and having fun together is an amazing way to build a connection so if he is going out of his way to make you laugh, your boy might have a case of the feels.

If your guy is looking for reasons to touch you, this is a major way guys hint that they like you without needing to use words. Your hands might graze as you reach for some popcorn or he might put his hand on your shoulder. Either way, pay attention to the way he touches you because it’s a dead give away.

Now I’m not talking about staring directly into each other’s eyes until things get a bit awkies. Notice the way he looks at you. You might catch him looking at you when he doesn’t think you’ll notice or he might hold eye contact for. a teensy bit longer than he needs to. Eyes are the window to the soul.

6. He likes all your posts

If this guy is liking your Insta content as soon as you post it, he has his eye on you. The first time could have been a chance but if he is watching your stories and consistently liking your posts, this could be a sign that he is trying to engage with you. He wants you to know that he notices you. So go on babe, do it for the ‘gram.

Of course, every guy is different but I did a survey around my guy friends and most responded that emojis are almost exclusively reserved for people they are romantically interested in. If he’s throwing in a flirty winky face he could be hinting that he likes you. 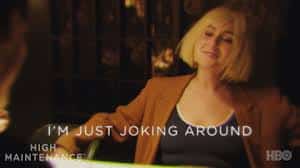 Beware of this point! There is a fine line between playful banter and being downright mean. Don’t listen to that age-old myth that boys can get away with being mean to you because they like you. Poke fun at each other but don’t let it get too far – nastiness is a big red flag. 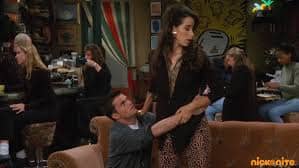 If a boy is genuinely interested in you, it’s unlikely that he’ll be playing hard to get. He will want to be with you every minute of every day. He’ll hit you up for coffee, drinks, bowling, going for a drive and maybe even groceries! Wanting to spend time with you is a big way that guys hint they like you.

Has the boy suddenly look a little nervous? Has Mr. Smooth lost his swagger?

This is one of the ways boys can hint they like you through body language. If he’s a bit nervous around you he probably cares what you think – because he has a crush.

11. He keeps touching his hair

There’s a very specific move I’m talking about here. When a boy stretches his arm and places his hand on the back of his head while smiling or laughing – it’s safe to assume he’s interested. I asked one of my best guy friends if this was the case and was met with the affirmative. Ladies, we aren’t the only ones who play with our hair when we’ve caught the feels.

Body language is one of the best ways guys hint they like you. If he goes a little red when he stumbles over his words or maybe when a joke doesn’t land, this is another indication that he is trying really hard to impress you. Go easy on him, he’s got the love bug.

13. He laughs at all your jokes (especially the bad ones)

I know what your thinking – you’re funny so all your jokes are worth a laugh right? We all have our off days and sometimes jokes don’t land the way we hoped they would. If he laughs at your duds (the ones even you know aren’t funny) you cna diagnose that boy with the feels.

We’ve talked about touchy-feely but this is a different type of hug. Be on the lookout for the hug that lingers a few seconds longer than it needs to. Watch out for a slight backrub or shoulder squeeze because it could mean you’ve got yourself a potential suiter. Go ahead girl, shoot your shot. 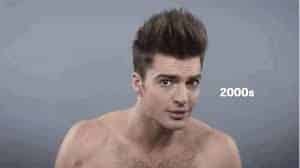 If this guy is suddenly looking well-groomed and he starts doing his hair at the same time you start getting close, it’s likely that he’s trying to impress you. Just as we get glammed up for a date, he wants to show you that he’s putting in the effort to look the best he can in hopes that you’ll reciprocate his crush.

16. He remembers the little things 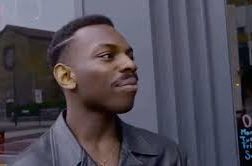 A boy who has a crush is a boy who sweats the small stuff. If he’s remembering your coffee order, your favorite restaurant and what your Mom does for work, this boy is all kinds of interested. Which leads me to my next point…

17. He asks you a lot of questions

I’m not saying that a boy has to interrogate you to prove he has a crush but this expands the point that he is interested in you. He’s asking questions to get to know more about you and what makes you tick because he cares! You might even notice…

18. He likes the same things you do

Establishing common interests is a great way to bond and get to know each other. Chances are your boy is asking questions to determine what these interests might be. He’s probably brainstorming quirky gift ideas, cute dates or even inside jokes to make you laugh. 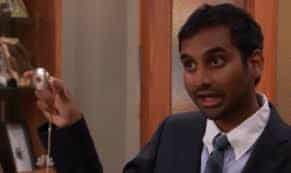 I hate to generalize but I don’t have a single guy friend who I can describe as punctual. Boys are on time when they are really want to spend time with you. They want to prove that they can show up for you in hope that you’ll swoon at his punctuality. 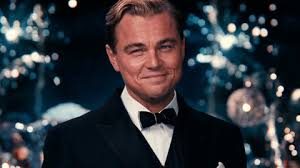 Whether it’s a  coffee or a vodka lime soda, a boy buying you a drink is a boy trying to buy your heart. He wants to prove he can provide for his lady and furthermore treat you like the queen you are.

21. He can’t wipe the smile off his face

Loverboy can’t believe his luck and is genuinely stoked to be spending time with you. If your guy can’t wife the goofy grin from his face he’s enjoying the time he’s spending with you! Combined with number four and number eleven, it’s safe to assume he’s stopping over in Crush-ville.

22. He tries really hard to be cool

This can sometimes be confused with arrogance but if a guy is interested he’ll often try to act cooler than he actually is. Maybe he’s faking so extra swagger or trying to act aloof. Either way, if he’s trying to act cool he’s probably trying to impress you.

23. He gives you his full attention 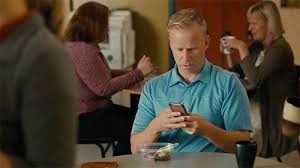 If you are at a bar and his phone starts going off only for him to ignore all the messages, he is giving you his undivided attention. He is entranced by your eyes and your conversation skills – and so he should be! Try to reciprocate and put your phone down. Maybe even make the first move!

Join the discussion: How can you tell a guy is into you?