We tend to be a little funny when it comes to travel; reserving certain destinations for particular times of the year and not even being willing to consider taking a break at other times.

But the truth is, every day is a good day for a vacay, and the very best travel spots don’t just offer incredible experiences during peak holiday season; they’re good all year round – including these places, most commonly booked out on NYE, but just as amazing during the quiet season, too… 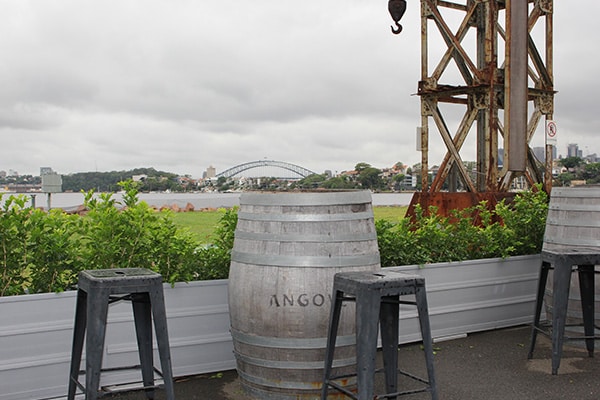 When tourists get to Sydney, Circular Quay is where they flock. It proffers unbeatable views of the Sydney Opera House and Harbour Bridge, is a short stroll from the historic Rocks precinct, and is the port for the state’s iconic green and gold ferries to highly sought-after destinations such as Manly and Palm Beach.

But the island that often gets overlooked has the same name as those crazy white birds with the yellow hair that are always trying to charm their way to your meal: Cockatoo.

And it’s surprising, as it’s steeped in so much history that’s not exclusively Australian, and it has an unbeatable vantage point for Sydney’s famed New Year’s Eve fireworks.

I came here for the glamping, but as soon as I stepped foot onto the island, I turned to my friend, a slight fear in my voice, and said “It feels a bit like Alcatraz” – and it turns out the vibes I was getting weren’t far off.

Back in the 19th century, convicts from all across the world were sent here to work for free at the dockyards while they served out their sentences. But they weren’t murderers or rapists, they were simply here for petty crimes: some stole silk ribbons, others food and money. Most of the ‘criminals’ were just trying to look after their family, and they didn’t deserve what was to happen to them.

On the eerie ghost tour on a rainy night, I learnt tales of the men who spent their days here. Those who stepped out of line were thrown into isolation in a cold, damp trench, and every now and then the authorities would hurl blood and guts from the Balmain abattoir into the ocean in an attempt to teach convicts what the sharks would do to them if they tried to escape – a fear tactic that was almost 100 per cent successful. But there was one inmate of the now World Heritage-listed jail site who succeeded in escaping: ‘Captain Thunderbolt’. Rumour has it he actually dressed up as a woman to flee, successfully passing by the guards who were tasked with tracking him down. You’ll have to visit to find out if it’s true…

Afterwards, as I sat by the open fire, the rain having no impact on its glorious fury, I felt a calm rush over me, and I knew it was time to retire to my tent on the world’s first urban campground.

Top tip: Pack the Aerogard and opt for the BBQ breakfast pack – yum! 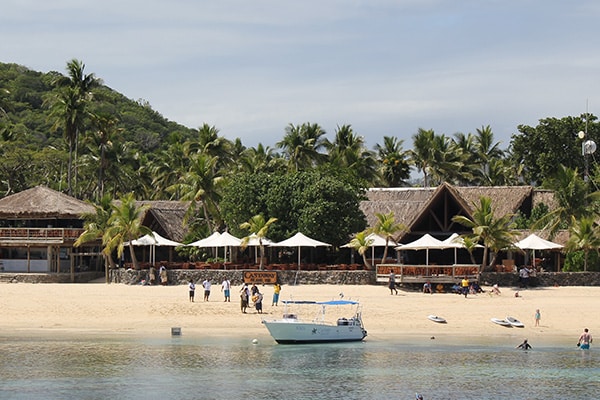 Hopping off a boat, straight into clear, velvety water, is the first ‘wow factor’ experience on this island paradise in Fiji. A short trek on clean, warm sand to the Sundowner Bar & Grill is the second. And the third? Going snorkelling with the locals, of course!

One of my greatest fears is being destroyed in a shark attack, so I was, well, let’s just say hesitant at first to enter the deep blue. Okay, fine – I yelled out at the top of my lungs and asked my friend if she’d hate me if I stayed in the safety of the boat. She told me to get my arse in, because if I didn’t, I’d regret it.

Thoughts swirled through my head, mainly the idea that if I did get in and be eaten by a shark, I definitely would regret it. I made it known, and two burly Fijian gents laughed.

“Shark? These water too warm for shark.”

And they were right. The feeling of the soft waves lapping against my chest sent me into a lull. It was almost meditative. I ducked my head below them and saw vibrant coral, home to almost-as-colourful small fish that were happily playing hide-and-seek. I’m not allowed to touch the seemingly fuzzy organisms, as doing so would kill them, which is one of the reasons the Outrigger Ozone initiative was implemented. Guests of the four-star resort on this private island are invited to coral planting sessions, to introduce living coral back to the local ecosystem.

And nature isn’t the only thing the team here make a big deal of – they’re also huge fans of giving the new year the welcome it deserves.

Last year, following on from the Fijian rugby team’s win at the Rio Olympics, the theme of the day was ‘Go for gold’. The event began with a beach race, followed by food stalls offering wood-fired whole pig, baked reef fish, prawns and Fijian-style curries, as well as a sideshow alley and carnival. Then, in the lead-up to the final countdown, a live show encouraged everyone to get up and dance the night away. I wonder what this year will bring…

Top tip: There’s a webcam right next to Sundowner. Stand on the beach opposite it and video-chat your family on the free wi-fi to make them jealous. 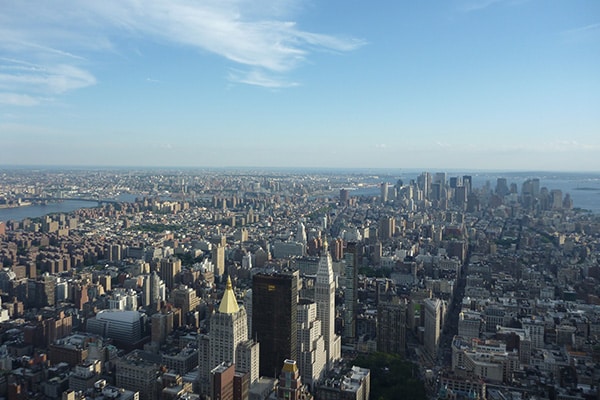 This may seem like an obvious choice, but it’s surprising how many people shake their heads and ask me “Why?!” when I tell them I stood in Times Square for 12-and-a-half hours waiting for the ball to drop. No toilet breaks. No water top-ups. In fact, no fluid at all – I didn’t want to lose my place. I did, however, bring snacks (muesli bars, crisps) because nobody likes a hangry wog, and a book (Seriously… I’m Kidding by Ellen Degeneres) to keep me company.

If you don’t think you can do New Year’s Eve with more than one-million people, stop by Times Square the week before. Most New Yorkers would have taken themselves to wherever home is over the Christmas period, so it’ll be just you and thousands of other tourists shopping at Forever 21, H&M and, heck, even Duane Reade for seriously cheap cosmetics. Line up at TKTS to nab discounted theatre tickets. Take a photo with New York’s Finest – they’re surprisingly friendly. And replenish at any one of the mouth-watering eateries – just be sure to look at the health-inspection rating posted on the front window before walking in; gradings can go all the way to ‘F’, but put it this way: if you see a ‘C’, run.

Top tip: One of the most iconic experiences is looking down over the city from the Empire State Building, a la Tom Hanks and Meg Ryan in Sleepless in Seattle. I think it’s overrated and waaay too busy. Instead, go to Top of the Rock at 30 Rockefeller Plaza – and while you’re in the area, do wait in line to go ice-skating at the Rockefeller Center.

Comment: What’s the most amazing travel experience you’ve ever had?