Injuries have a major, but often preventable, impact on the health of people of all ages. It is the largest cause of death for those aged under 35, and leaves many with serious disability or long-term conditions. Osteopathy Australia reminds that most of the common winter sports injuries can be treated by your local osteopath with a combination of traditional methods and modern scientific philosophies.

According to Osteopathy Australia, the four most common winter sports injuries patients address with include: 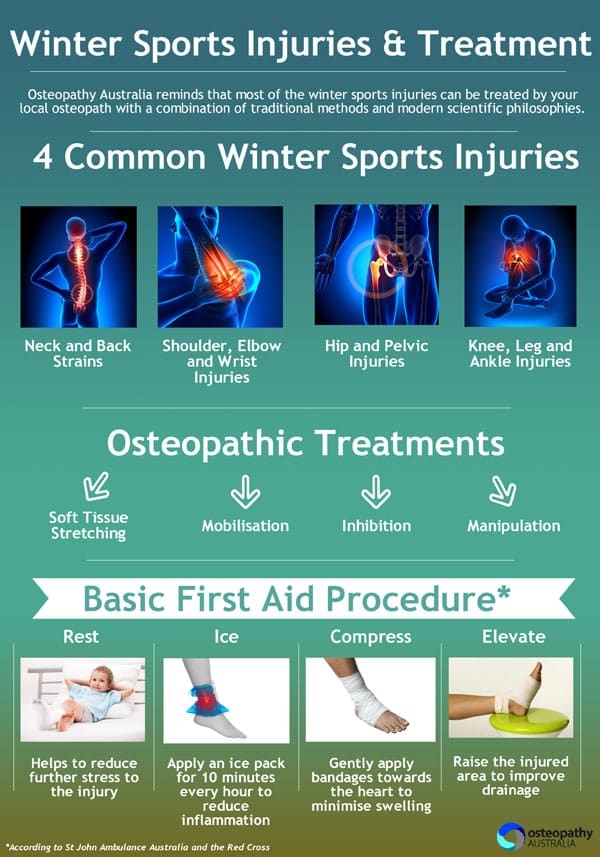