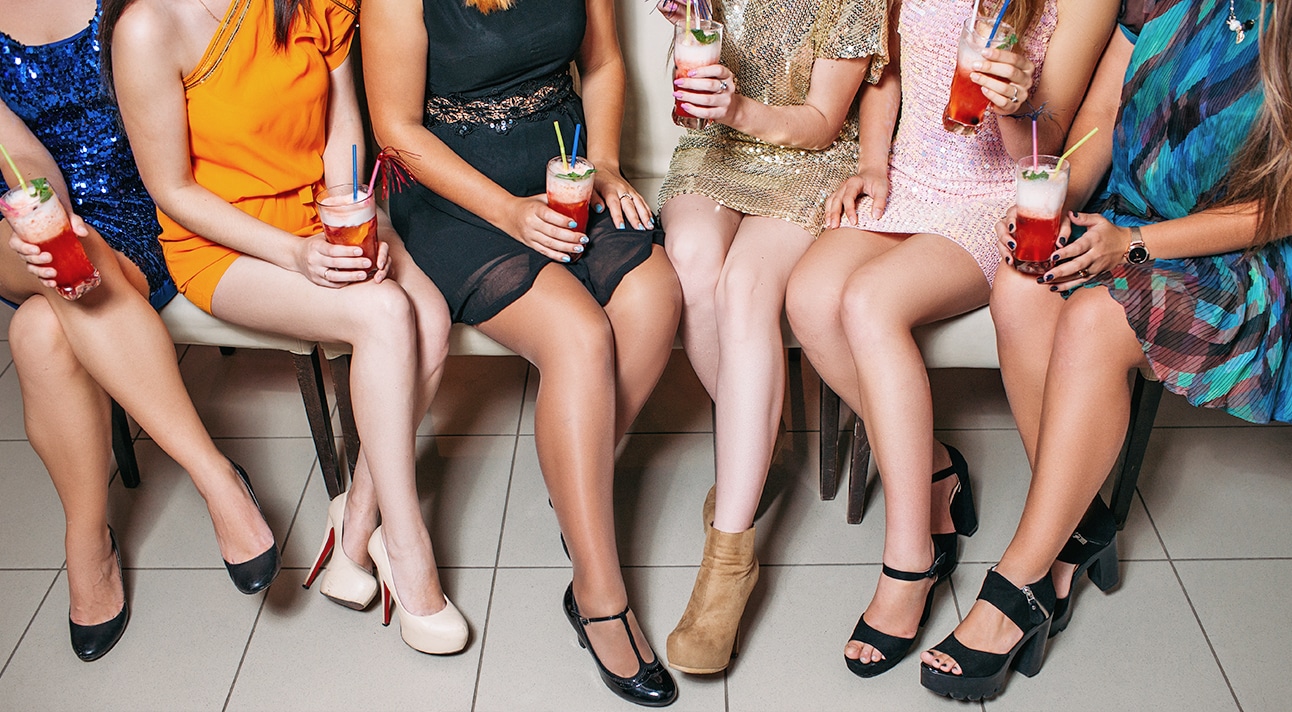 A bad friendship can actually shorten your life.

Friends are the flowers in the garden of life, according to a cheesy plaque I once saw in a gift shop.

But in fact, some friends are more like stinkweed – or even poison ivy. They not only make life unpleasant and possibly painful, they’re fairly common, and can be hard to get rid of.

Then again, everyone has their good and bad qualities, right? Isn’t it better to have shitty friends than to have no friends at all? What’s so bad about keeping toxic friends around? Turns out, plenty.

Psychologist Sharon Livingston, author of Get Lost, Girlfriend!: How I Found Myself When My Best Friend Dumped Me, quotes a decade-long Australian study that showed people with strong friendships were 22 per cent more likely to live longer lives. But being surrounded by toxic friends has the opposite effect: it makes you more vulnerable to high blood pressure, irritable bowel syndrome, depression, and anxiety – and it can weaken your immune system, making you more likely to get sick.

So if you have any of these four types of friends in your life, they could literally be making you sick. Consider yourself warned.

This is the friend who, after you hang out with her, leaves you feeling not only drained, but very possibly depressed and hopeless about life – though you may not be able to put your finger on exactly why you feel so bad. Emotional vampires can take many forms; psychiatrist Judith Orloff, author of Emotional Freedom: Liberate Yourself From Negative Emotions and Transform Your Life identifies five types you’re most likely to run into: the narcissist, the victim, the controller, the constant talker, and the drama queen. Orloff says emotional vampires don’t just wipe you out physically – that damage goes much deeper than that. “The most malignant ones can make you believe you’re unworthy and unloveable.”

If you feel anxious, hurt, bad about yourself, or just tired after hanging out with a particular friend, pay attention to why. Of course, sometimes friendship requires us to hang out with people when they’re not at their best; you don’t have to drop your BFF because she just broke up with her boyfriend and hanging out with her is bumming you out. But if there’s someone in your life who consistently makes everything about her, picks on you, isn’t a good listener, tries to control you, or just generally makes you feel like shit, it could be time to say goodbye.

We’ve all had that friend who’s only interested in hanging out with us when things are going badly. Just got turned down for your dream job after you blew the interview? She’s there for you. Your horrible ex-boyfriend is getting married and you can’t stop stalking his social media and fuming? She’ll not only keep you company, she’ll have you laughing about it by the end of the night. Got a promotion at work and your boyfriend surprised you with plane tickets for an amazing beach vacation? She’s nowhere to be found.

The opposite of a fair-weather friend, this ‘friend’ is only interested in you when you’re down. And while it’s great to have support from friends during life’s worst moments, there’s something wrong with a friendship that only thrives when you’re down in the dumps.

It’s natural to feel a little jealous when something wonderful happens to a friend – especially if you yourself are struggling in whatever area she’s currently killing it. If you’re perpetually single, or fresh off a painful breakup, it’s going to put a lump in your throat when your bestie gets engaged. When your career feels stuck, you might have to paste a smile on your face at the news of a friend’s promotion. But a good friend does paste that smile on and swallow the lump in her throat. A toxic friend finds opportunities to make little digs, passive aggressive comments, or steer the conversation to herself.

There’s not much worse than the deflating feeling of someone poking holes in your happiness – especially when the person doing it is supposed to be your friend. Professor and chair of the Counseling, Adult and Higher Education department at Northern Illinois University, Suzanne Degges-White, calls jealousy “a complex and painful emotion” and says it’s an indicator of a person’s “sense of inner insecurity and insufficient sense of self-worth.” She says jealousy “holds us back from fully engaging in relationships with people for whom we may care deeply.” But whether or not they care deeply for you, a friend who can’t keep a lid on her jealousy is a friend you don’t need in your life.

This is that friend who always knows the best restaurant to go to, the best way to get there, and the best thing to order. She always has to have the last word, and can never admit when she’s wrong or say she’s sorry. Being around her is just as exhausting as spending time with an emotional vampire, but for different reasons. Mostly, it’s just no fun to hang out with someone who thinks she knows everything. For one thing, they’re not really listening to you, except to correct you or one-up you. And for another, it’s insulting and frustrating to always be put down and belittled.

Why do some people behave this way? Psychoanalyst Diane Barth, who practices in New York City, says know-it-alls are usually either majorly insecure, or they suffer from grandiosity, or some combination of the two. She writes in Psychology Today that these people “genuinely believe that they know more about everything than anyone else. They simply are not interested in what others might have to tell them, because they believe that they already have the information.” Barth also says that know-it-alls tend to have problems with intimacy; not surprising, considering their toxic combo of overconfidence and insecurity.

If friends are the flowers in the garden of life, sometimes you’ve got to weed the garden – and these four types of ‘friends’ are a good place to start.

Comment: Have you ever had to ‘break up’ with a toxic friend?