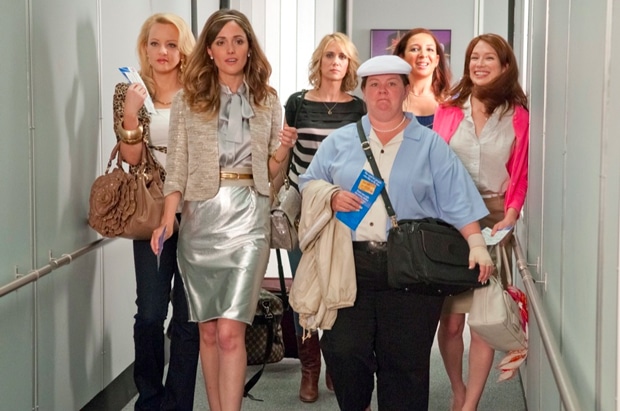 In the mood for a good belly laugh? We’ve picked five of our favourite comedy movies for a fun night in, from a hilarious rom-com to a wicked dark comedy – all you need is a pizza and some beers.

Kristen Wiig and Maya Rudolph are funnier than ever in this tale of the misfortunes striking a bride and her bridesmaids. Melissa McCarthy was nominated for Best Supporting Actress for her role in this critically and commercially successful comedy, and totally deserves the recognition. Who says the ladies can’t be as funny as the guys? When you have an all-girl get-together, mix a pitcher of margaritas and rent this movie. 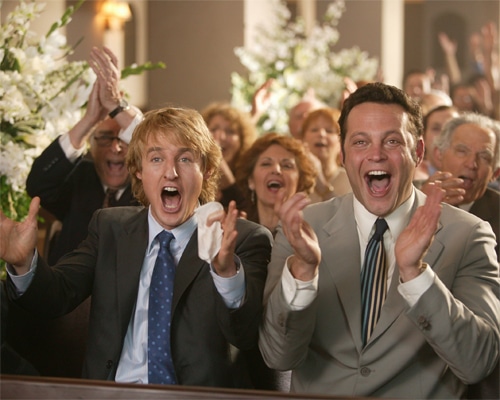 Vince Vaughn and Owen Wilson star as a pair of divorce mediators whose hobby is crashing wedding parties with the goal of hooking up with the ladies. A high society wedding provides the two with more action—and more trouble—than they planned on. Their plans get complicated when surprise, surprise, both fall in love. Wedding Crashers is raunchy and definitely for adults, but good for tons of laughs. 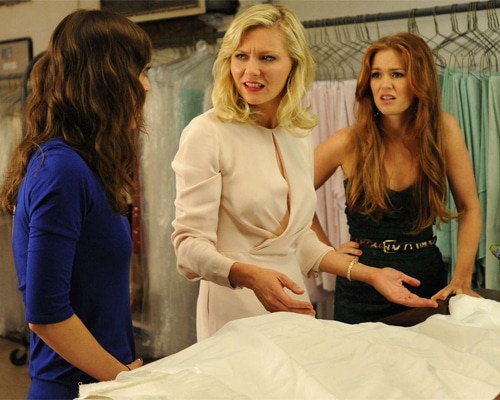 Bridesmaids’ riskier, and in our eyes, funnier, big sister, Bachelorette didn’t get as much recognition as Bridesmaids despite its fantastic cast including Kirsten Dunst, Rebel Wilson and Isla Fisher, but it’s an absolute winner. This dark comedy is all about girls gone wild, and while a lot of it may not be very pretty, it’s a very realistic, hilarious look at a group of bridesmaids preparing for a friend’s wedding. You’ve been warned. 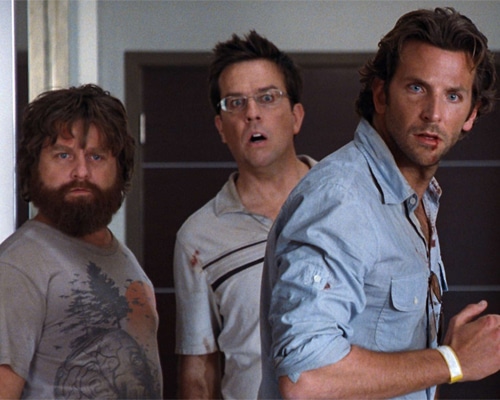 Definitely not just a boy’s flick, The Hangover is rude, crude, and wickedly good fun. Bradley Cooper, Zach Galifianakis and Ed Helms steal the show in a bachelor trip to Vegas gone oh-so-wrong. Now if only The Hangover 2 was as good… 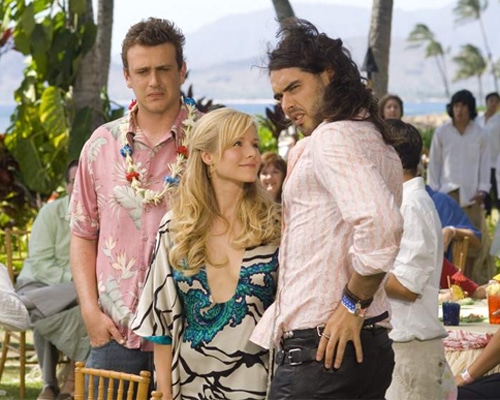 What could have been a pedestrian rom-com about a man who ignores Ms. Right while chasing Ms. Wrong gets extra spice from some off-the-wall characters like Russell Brand as a bad-boy rocker. Jason Segal stars as a guy who goes to Hawaii to forget the woman who dumped him (Kristen Bell), only to find her vacationing there with her new boyfriend – yep, Russell Brand. Sounds depressing, but turns hilarious when the poor guy hooks up with the gorgeous Mila Kunis, and true love triumphs, just like it does in any good rom-com.

What’s your favourite comedy of all time?