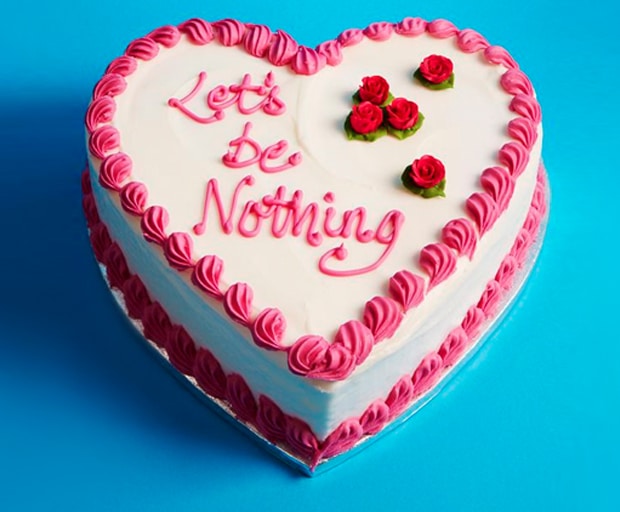 What Stormchasing Taught Me About Looking For Love

It’s a lot harder to get divorced than it is to get married.

Getting married is a big decision, but the actual process of getting married is not very complicated. Fill out some forms, take a trip to the courthouse, pay a small fee, and that’s all there is to it. You’re legally bound for the rest of your lives. There’s no need for a huge, over-the-top-wedding that you force all your friends to attend – unless you really want one.

Getting divorced, however, is another story. The process will take months if you’re lucky, years if you aren’t. And even the most amicable of partings can quickly turn into a nightmare of drawn-out negotiations and sky-high lawyer bills, leaving you broke, bitter, and wishing you’d never laid eyes on the person you once vowed to love and cherish forever.

When Rachael Scharrer was in the middle of a messy divorce in 2012, she didn’t know where to turn for answers to all her questions about what she was going through. Not only did she have to figure out how to divide assets with her soon-to-be ex, she had to take care of their two young children and adjust to co-parenting. So she created Divorce Answered, an online resource for women going through the process of separation and divorce. She’s since become an expert in the nitty-gritty of divorce, answering questions and pointing people toward the resources they need to get help.

Scharrer says she sees people make the same mistakes time after time. If you’re thinking of getting divorced, you might want to take notes…

1. Not getting a lawyer

Many people go into a divorce believing they can do it without getting lawyers involved. Maybe the separation is amicable, and the decision to divorce is mutual. Still, Scharrer says it’s a good idea to hire your own lawyer.

“Having direction from professional legal counsel is essential, even if you are self-representing. Each judge varies, as some are supportive while others are less so. It’s important to know what information is relevant and useful to bring to court as judges’ patience can wear thin quite quickly.”

If finances prevent you from hiring a ‘full-time’ lawyer, Scharrer recommends finding one who will look over your documents for a reduced fee before you forward them to your ex and his lawyer (if he’s using one).

Once things get contentious, couples tend to dig their heels in and insist on getting what they believe is fair. The problem is, feelings like anger, grief, and bitterness can easily cloud your view of what ‘fair’ is.

“Starting negotiations with realistic expectations is a necessity, as you could end up spending $50,000 to gain only $30,000 in assets,” says Scharrer.

Not only do people end up spending more money because they won’t negotiate, they sometimes try to actually hurt their ex financially during the divorce process.

“Don’t intentionally withhold funds to ‘crush’ your ex-spouse, as the judge and mediator will not look kindly upon this because it is considered a form of domestic violence and financial abuse.”

3. Intentionally getting into debt

If you and your spouse have shared bank accounts and credit cards, it can be tempting to spend money while you still can, hoping to stick your ex with the bill later. Needless to say, this is not recommended.

“Running up debt on purpose prior to financial settlement is not a good idea. Avoid buying unnecessary and expensive possessions or renting an extravagant property ‘just because you can,’ advises Scharrer.

She warns that judges can and do grant exemptions, so you could end up paying for everything yourself in the end anyway. And don’t forget about legal fees.

“Depending on the lawyers and judge involved, legal fees paid may be counted back into the asset pool. Be mindful not to rack up a huge debt with your lawyer. If you declare bankruptcy, your legal fees and child support are not excused. All legal fees will need to be paid eventually.”

This is a classic, nasty, and all-too-common move. Most divorcing parents are worried about how it will affect their kids. And yet, even in their efforts to make their split easy on the kids, they somehow end up sending the wrong message, doing things like pretending that nothing will change and they’ll still be a family.

“If divorce is a game of chess, the children are not the pawns,” warns Scharrer.

“Don’t let children make decisions or manipulate them against the other parent. Also don’t speak poorly of the other parent in the presence of the child or children. Not denigrating the other party is a common parenting court order. Ensure that children are allowed to be kids and protect them from any adversity between the parents and the new situation.”

While some people dig their heels in and ask for too much, others go the opposite way and let their ex walk all over them. This is just as bad, according to Scharrer.

“Don’t play victim, become passive and give up. Signing everything over to an ex-spouse is generous, but also defeatist.”

If you end up giving up what you’re legally entitled to, or not asking for what you need, you may regret it down the road. Scharrer says you need to make sure you stand up for a “fair and equitable outcome,” and think about the future.

“Depending on your age, recreating a secure financial future may be difficult or limited, and this needs to be a consideration. Everyone requires some sort of financial security including the ability to rent, obtain and service a loan and have funds saved for a rainy day.”

6. Waiting too long to get divorced

The idea of divorce can be overwhelming, especially considering all of the above. But if you’re stuck in a dead-end relationship, hanging around and keeping it on life support is only going to make things worse in the end. If you’re unhappily married, getting divorced could be the best thing that ever happened to you. And going into the split as informed about the process as possible will be empowering.

“Arming yourself with relevant knowledge allows you to be proactive and feel more in control of the whole process,” says Scharrer.

Don’t give up on yourself or your life. Going through a divorce is hard – but you can do it, and come out the other side happier.

Comment: What’s your best advice for someone going through a divorce?