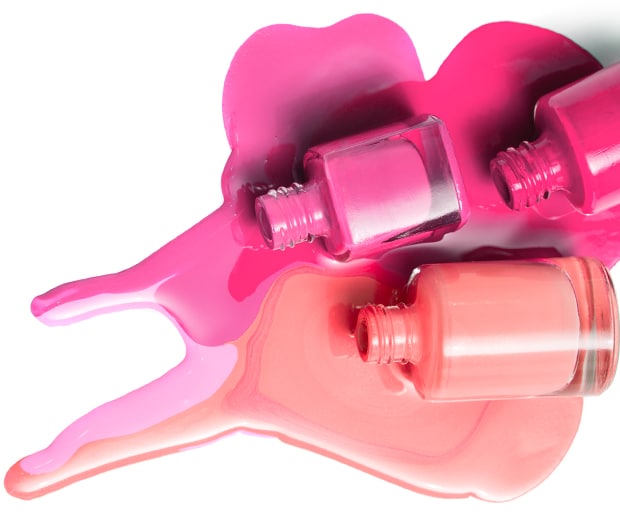 7 Ways You’re Being Clingy, And How To Stop It Right Now

Are your nails suffocating?

I’ve been wearing nail polish pretty much my entire life. As soon as I hit my teenage years and saw my older sister paint her nails in a sparkling shade of blue (it was the 90s, obvs!), I joined the sisterhood of decorated digits.

Being in my late 20s now, this means my nails haven’t seen the light of day in over 15 years, if you don’t take the five minutes in between manicures into account.

Has the constant polish painting harmed my nails? It has certainly yellowed them, despite my commitment to wearing a base coat. But I’m mostly worried about the potential for chemicals in my nail varnish to penetrate my nails and find their way into my bloodstream.

While no one seems to have ever died or become seriously ill from wearing too much nail polish, an increasing number of health experts are warning our polish addictions could be making us sick. Our digits have pores which require oxygen and water, just like our skin. By putting a layer of lacquer over them, we clog those pores, making it harder for our nails to ‘breathe’.

This is where breathable nail polish comes in. Though there are currently just a handful of brands offering this innovative new type of nail polish, it’s forecast to be the next big thing in the beauty world, thanks to its multitude of benefits. One of the first nail brands to get on board the health-conscious nail trend, all-natural SCOUT Cosmetics, launched its 5 Free Breathable polish line after SCOUT founder, Sylvie Hutchings, became concerned about putting additional chemicals on her body during a stint in chemotherapy. Here, Hutchings gives us the down-low on exactly what is breathable nail polish and how it stacks up against your regular lacquer.

What is breathable nail polish?

Breathable nail polish has a special polymer in the formulation that allows air and water molecules to go through to the nail bed, making it a healthier option than regular nail varnishes, according to Hutchings.  “Breathable nail polishes let all the good stuff in,” she explains.

Does it look any different to regular nail polish?

The short answer, is no. There’s no compromise in shade, coverage, durability or shine. Hutchings says there’s also no need for the chemicals found in many traditional nail polishes, such as formaldehyde and parabens. The SCOUT founder focuses on healthy ingredients in her breathable polish line, including enriching agents like essential oils in the formulas to keep nails super healthy while they’re busy looking pretty.

Many Muslim women avoid wearing nail polish, as their faith includes a cleansing ritual before prayer known as ‘wudu’. If water can’t penetrate their nails, it doesn’t count as wudu, making it pretty much impossible for Muslims to have their nails painted for longer than a few hours. But – at least in theory – breathable nail polish is halal, as it allows water molecules to pass through the nails.

There is no scientific study proving nail polish permanently damages our nails or makes us sick; however, if your nails are dry and brittle, breathable nail polish could make a world of difference for you, as your digits can dramatically benefit from the additional hydration and oxygen.

So if going polish-free for a while isn’t an option for you, breathable nail enamel may just become your new beauty BFF.

7 Vaseline Beauty Hacks That Will Blow Your Mind

17 Nail Art Ideas That Are So Cool It’s Criminal

We Tried The Chrome Nail Trend And This Is Our Verdict