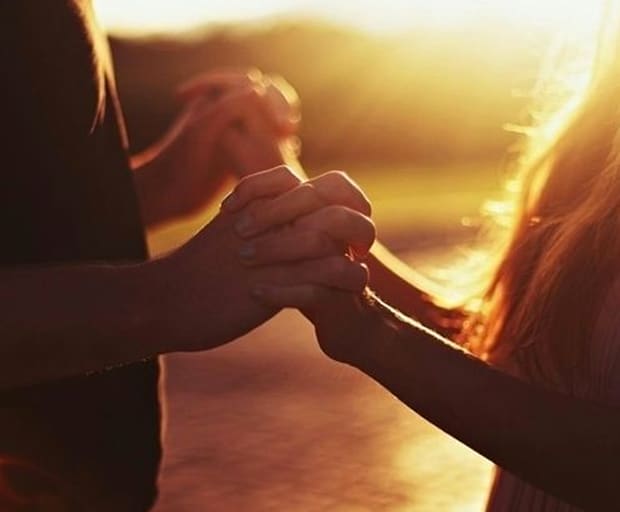 His Mother Hates Me… And I’m So Glad

Most of us have no idea what we’re doing.

It’s commonly believed that about half of all marriages end in divorce; but statistics actually show that the divorce rate has been falling for the last three decades. While some couples in their twenties are embracing the starter-marriage trend, it seems that overall, fewer people are getting divorced these days.

But while we can look at statistics on marriage and divorce all day, it’s much harder – maybe impossible – to find statistics on whether or not people are happily married. Plenty of people stay in marriages out of apathy, or convenience, or fear of being alone – not because they’re fulfilled in their relationships. So even if it’s true that more couples are staying married these days, it’s likely that many of those marriages aren’t so great. Psychiatrist Scott Carroll, author of Don’t Settle: How to Marry the Man You Were Meant For, puts it this way: “As a species, I don’t think we have a good understanding of which qualities and traits produce marriages and relationships that work at the deepest levels.”

So if you want your marriage not only to last, but to be a blissful union, here are six things you should know going in…

1. Marriage isn’t a cure for loneliness

A common misconception about marriage, and relationships in general, is that once you’re in one, you won’t feel lonely anymore. To some extent, that’s true. When you’re married, there will (presumably) be someone else around when you go to sleep at night and when you wake up in the morning. You’ll have a date for parties and family dinners, and someone to go to the movies with on rainy Sunday afternoons. But fundamentally, you’ll still be alone. Not to get too philosophical, but we do all die alone. It’s totally normal, and totally okay, to feel lonely sometimes. A good marriage gives you someone with whom you can share that feeling. That can ease your loneliness, certainly, but it won’t ever make it go away completely. If you expect your spouse to take away your loneliness and think something is wrong when they don’t, your marriage could be headed for trouble.

2. Your partner is going to change

When people split up, they often say something along the lines of, “we just grew apart,” or “he wasn’t the same person I fell in love with anymore.” Guess what? That’s what’s supposed to happen. We all grow and change; if we don’t, it’s a problem. You can’t marry someone and expect them to stay the same for the rest of your lives. That’s not to say you should marry someone hoping to change them, because that’s guaranteed to backfire as well. Your partner isn’t going to change in order to become the person you want them to be; they’re going to change in the ways they want to change. So find out what their hopes, dreams, and goals are, and then commit to supporting them. Then hang on for the ride as you both work toward becoming the people you want to be.

3. Marriage is messy by nature

Marriage, like life, is messy. It’s never going to be perfect. Weddings tend to create the illusion that marriage is some sort of Instagram-worthy, happily-ever-after event. But don’t confuse the wedding with the marriage, which is going to suck a lot of the time. When things get rough – someone has an emotional affair, one of you suffers from a crippling bout of depression, you stop having sex – it’s tempting to blame each other, or the marriage itself. Your partner wasn’t right for you, the marriage just wasn’t meant to be, you were too young or too old, you got married too soon, or you waited too long. There are a thousand different things you can pin your failed marriage on. But while there are factors that can predict your likelihood of divorce, in the end, the way to not get divorced is simply not to get divorced. If you want your marriage to last, you’re going to have to embrace the messiness.

4. Communication isn’t such a big deal

Read a self-help book about relationships or go to a couples therapist, and you’ll probably hear a lot about communication. Communication, everyone tells you, is the key to good relationships. But what happens when you communicate your feelings and needs to each other perfectly well and still find yourselves at odds? Psychologist Kelly Flanagan writes that “as a therapist, I can teach a couple how to communicate in an hour. It’s not complicated. But dealing with the troublemakers who started the fight? Well, that takes a lifetime.” Flanagan says it’s our egos, childhood issues, lack of commitment, and shame baggage that are the real problems. No matter how well you communicate about these things, they’ll still be present. So yes, you should learn how to communicate effectively. But don’t think it’s necessarily going to be smooth sailing after that.

Putting your kids ahead of your relationship is bad news. Think about it: your kids are going to grow up and become independent, but your marriage is meant to last forever. A stable family is built on the marriage, not on the children. Flanagan says if kids come before your relationship, they’ll use that power to drive wedges between the two of you. The married couples therapist team of Linda and Charlie Bloom says that beyond the issues of “overprotection, indulgence, and other practices that can lead to a sense of entitlement and prolonged dependency” in children who are number one in their parents’ lives, you could also be setting them up for their own bad marriages. “Unhappy and unfulfilled parents can lead their kids to conclude that marriage makes people unhappy.”

6. A happy marriage takes a lot of work

Some people think humans aren’t even meant to be monogamous. So if you want to have a long-lasting, happy marriage, be prepared to fight an uphill battle. Being faithful to one person until you die (or they do) isn’t for the faint of heart. Marriage can be fulfilling and wonderful, and it can also be boring and miserable. A marriage that lasts more than a handful of years is bound to have periods of both – bet on it. Commit to doing the hard work of marriage, or accept that your marriage isn’t going to be great, and might not last. Getting divorced isn’t the end of the world. For many people, deciding to get divorced is a revelation; the best thing that could have happened to them. But if you’re someone who wants to be married, be willing to work at it – and marry someone who’s also willing to work.

Comment: What do you think is the secret to a happy marriage?