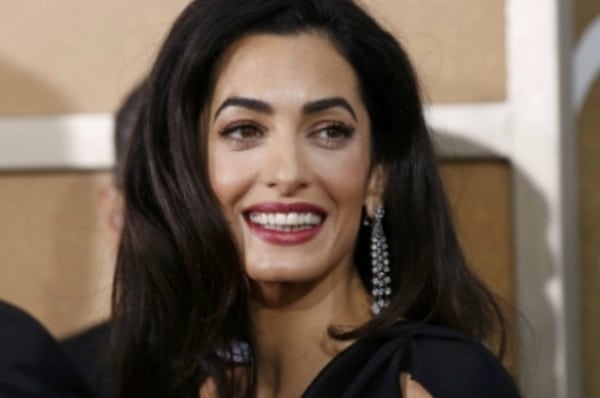 Keep calm and Alpha on…

Although the balance of power at the top of the corporate ladder is still staggeringly male, 2015 has seen more and more lovely ladies infiltrating the ranks of CEO’s, executives, directors, politicians, and other powerful positions. Can I get a ‘hells yeah’?! It’s the era of the Alpha Female! We should be excited, and continue to aim onward and upwards.

Even so, I’m sure you’ll occasionally experience teeny little seemingly sexist habits from your male co-workers that smack of another more patriarchal era. Before we start screaming “chauvinism!”, remember; it’s so ingrained in the fabric of society that half the time men don’t notice it, and women don’t realise what they’re experiencing (unless it’s full blown sexual harassment).

BUT, the good news is we have the power to change it! Here are my top six examples of everyday sexist behaviour, and how the Alpha Female in you can combat it:

RELATED: Why I Quit My Job Without A Backup Plan

Situation: You’re in a male-dominated board meeting, and you notice that you’re regularly being interrupted sooner and more often than your male counterparts when expressing ideas/opinions, even when yours are clearly better.

Alpha Answer: “Excuse me Jim, I’m not, in fact, done.” Don’t get too emotive; if you keep your tone steely they’ll be quaking in their Tommy Hilfiger suits.

Situation: You’re walking down the corridor with three male colleagues. Male boss is up ahead; he smiles and issues his greetings to everyone…except you, ignoring your enthusiastic “Hello!”.

Alpha Answer: Just call out, “Mr. Jones! Have an amazing day!” loudly as he stalks away. You will have made your point; if he doesn’t get it, be persistent.

3. Unwelcome comments about your body

Situation: You’re in the kitchen bending over the bottom shelf of the fridge. Enter co-worker Tom. “I love you in a dress that tight!” he says in a tone he thinks is seductive, unashamedly staring at your butt.

Alpha Answer: Tell him to shut the hell up. I’m not joking; just do it. That, or slam him with an equally lecherous yet ironic comment. “Your ass looks as good as Kimmy K’s in those pants!” usually works for me.

Situation: You’re in a packed elevator next to co-worker Bob. About ten floors away from your level, you feel his hand move behind you and start very deliberately grazing your butt.

Alpha Answer: Whisper in his ear, “If you don’t stop doing that I’ll report it. Immediately.” He’ll get the shock of his life if you actually call him on it. And actually follow through with reporting him; it’s sexual harassment.

Situation: A ‘neg’ is a negative compliment. You’re working super duper hard on a huge financial report. Co-worker Tim stands behind you and says something like, “It must have taken you AGES to get those stats! How about I check them for you?”

Alpha Answer: Smile coolly and ask, “Would you like to see my 200 pages of market research?” All he wants is a flustered reaction; don’t give it to him.

Situation: You’re at a work party, and your married-with-children boss corners and propositions you. However, you don’t feel you can report it as workplace harassment because – well – he was drunk and you weren’t at work.

Alpha Answer: Screaming, “Get away you cretin!” is the most attractive response, but it won’t do you an favours in the long run. Say ‘no’, get out of there quickly and report it. If the (often male) powers that be won’t do anything because it wasn’t technically in the office, find another job. You don’t need that crap in your life. Plus Karma’s a bitch; he’ll get his due.