A few weeks ago, when I told my crew I was going to be writing a sex column for SHESAID, it was as though I had taken the cork out of the barrel of sex and rolled it down the bumpiest road in the world.

All this uncensored sex talk got me thinking what a relief it’d be for other women who’ve encountered their own awkward AF sexual encounter to know they’re definitely not alone. I hope these stories make you feel as good about your love life as they made me feel about mine… 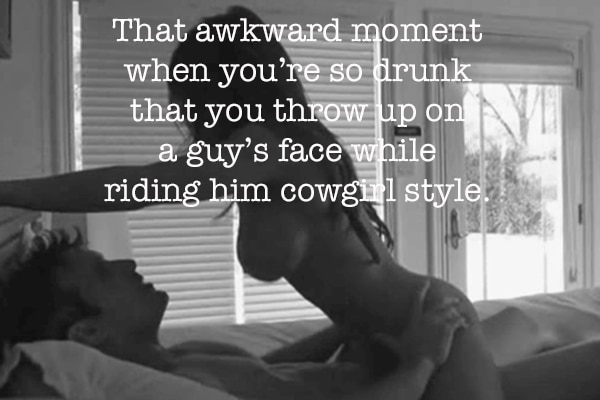 “What can I say? We met at a party – he was so hot that I actually felt a bit intimidated chatting to him. I had a bit too much to drink, he wanted me on top and I wanted to please him – I felt a bit like Anastasia in 50 Shades of Grey – and I guess the rocking gave me some motion sickness.” 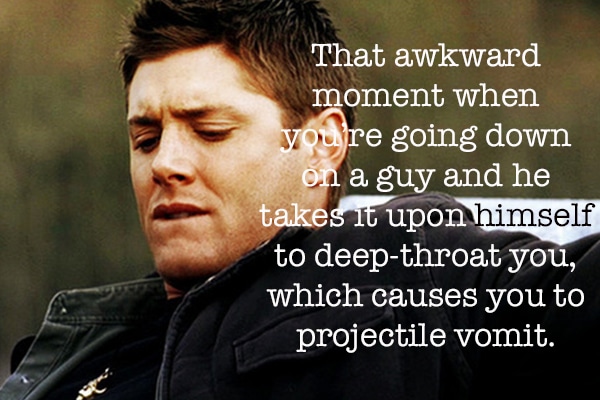 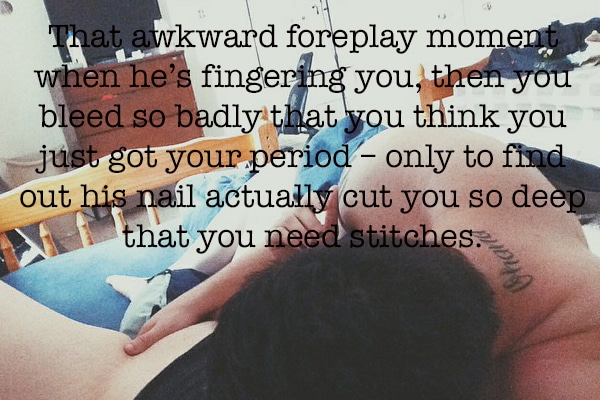 “This was a bit of a weird one to explain to the doctors at the hospital that night. On the way over, I was trying to figure out which would sound worse: ‘I was being fingered and his nail cut sliced me open’ or ‘I was playing with myself and must have cut myself’. I ended up just telling the truth. Sometimes it still stings there. I didn’t have any kind of sexual encounter for five months after that; I couldn’t see it, so I didn’t know if it had fully healed yet.” 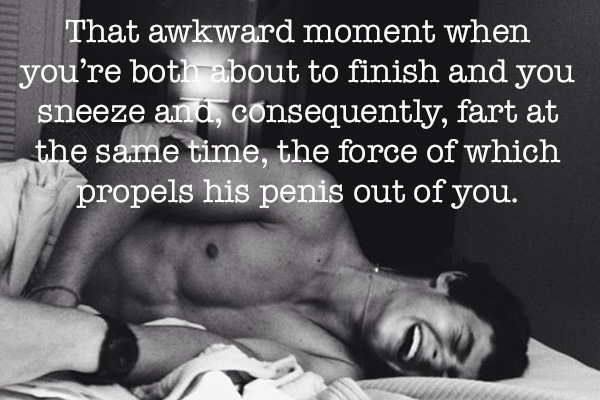 “I was so embarrassed, but he couldn’t stop laughing. It was the weirdest feeling ever, like a balloon had popped down there. The massive release of pressure almost made me come.” 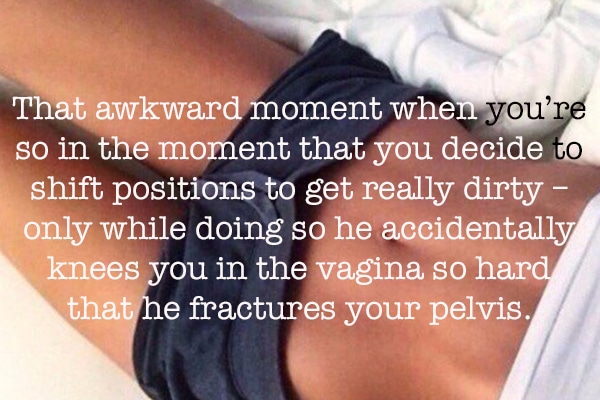 “I was pretty pissed off, but he really did feel so bad about the whole thing, which of course made me feel guilty about yelling at him. Needless to say, it ruined the mood.”

6. Old McDonald, eat your heart out 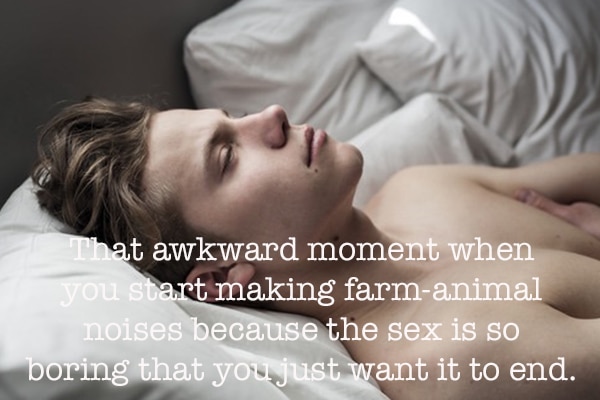 “His dick was tiny, but we had to do it that way because he hadn’t cleaned himself out. Never. Again.” 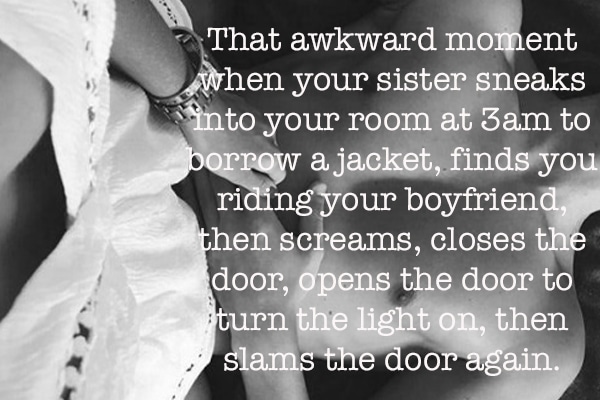 “We’ve never really gotten along, and this gave her the perfect chance to get me in the shit with our parents. I was 20 at the time, and ended up being grounded for six months – but they lost count after four.”