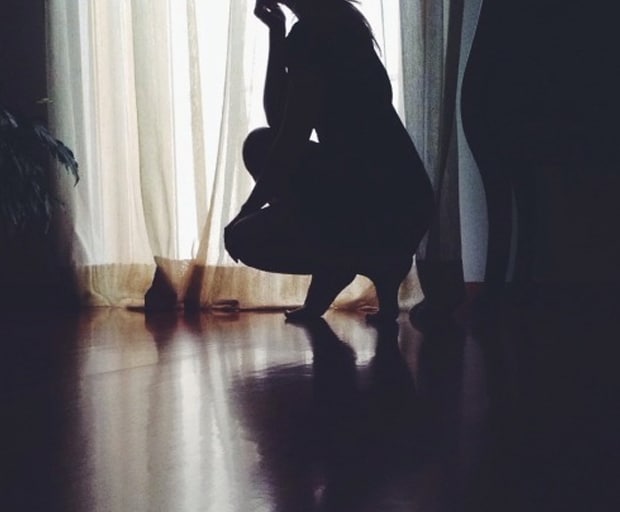 8 Things You Should Never, Ever Do During A Brazilian Wax

How being the other woman was a deep learning experience.

I was the other woman. That’s it. I said it. I was the mistress of a married man.

Come on, go ahead, you can judge me. Someone told me that being a coach and a leader in my community, I should never tell. Keep it secret.

I’m up against my self-judgment. It’s time to write an article about it because the one thing that would hurt me more than your condemnation would be to lie about it. I’ve seen too many ashamed women living with this secret.

So, let me share 7 lessons about being the other woman that I learned along the way:

1. Sometimes, you go against your values.

It happened four years ago. I met this man at a business networking event. He was attractive and I was disappointed when I noticed his wedding band. We started a conversation that I tried to be as platonic as possible but there was definitely chemistry.

He told me about his life with a wife who was gone most of the time and about his kids who had left the nest. I may find a ton of excuses. I was vulnerable and recently divorced; he was lonely, his marriage was not working and mine was gone.

But, let’s be honest, there was no excuse. It was against my values. I said “yes” when he invited me for a coffee. From that point, one thing led to another and we became lovers.

I didn’t feel I had a choice. I didn’t decide to fall in love with him but I did. At the end of the day, I’m guilty of the choice I made but, no matter what society says, that doesn’t make me a bad person.

Ignoring your guilty feeling doesn’t make your choice easier. Acknowledging and accepting your choice is the only thing that can help.

2. Being the mistress is not as glamorous as it sounds.

I had been married for 20 years and was faithful to my husband. My husband cheated multiple times and it hurt me really badly. So, I never imagined myself in the role of “the other woman”.

Each time it was hurtful. I had chosen the situation but that didn’t make it easier. I stayed in it for 6 months.

Being the mistress, you are always aware you’re not the chosen one. For me, it created shame on top of the guilt.

3. You will never be as mean to me as I was to myself.

I told a few people about it and had to face their judgment. My son knew of the relationship and one day told me: “Mom, if you were not my mom, I would tell you you’re a bxxx.”

I still remember, how bad that made me feel. My single friends kept their arms open. My married friend shut their door as if I would steal their husbands. Are you kidding me? I was in love with this man, not the fact he was married!

But no one was as mean as I was to myself. After my divorce, I had promised I would always be proud of the person I was. The months I spent with this man were the only ones when I hated who I was. I looked radiant, happy, but on the inside, I felt so disappointed in myself.

People can judge you but the toughest judge is often you.

Over the 6 months we initially spent together, we wrote over 40 pages of texts and emails. The forbidden fruit is obviously the most tempting one. Because we couldn’t see each other as often as we wanted, every moment became special. We went on trips together but during the time we were in town, our time was limited.

He made most of his conference calls out of my place. We stole each moment we could out of the day. His wife was not often there but because one of his kids was still at home, the nights were never mine.

The days became our passion time and as lies and deceptions started piling up, the joy of seeing each other even for 5 minutes became more intense.

Sometimes, I wonder if having to struggle for something you want doesn’t make it more valuable.

5. When uncertainty hurts more than heartbreak.

I tried to be okay with the situation but after a while, it poisoned me. There were moments of pure joy when we were together. After all, I was in love. But I never knew when I would see him or when he would have to be back home for the weekend because his wife would be back.

Would he call me or not? Would he write me or disappear? For each moment of joy, there was one of despair. I tried breaking up many times but he was my drug of choice. I was torturing myself. No regrets, it was a sweet torture. One I chose. I enjoyed this relationship.

The reason people are addicted to drugs, alcohol, or sugar is because it feels good during the time you’re using it. The reason love, sex, and passion are so addictive is because the pleasure rush is better than the withdrawal moments… until it’s not.

Over those six months, I tried to walk away many times and so did he. Each time, we would spend a few days apart only to come back closer. Each of those back and forth became stressful.

A friend of mine asked me a very powerful question: “How much pain/joy ratio can you live with?” My ratio was 70 percent pain/30 percent joy. At some point, I passed that level and I left.

If you are in this situation ask yourself: What is the ratio of pain/joy that will be acceptable to you? If you go above that number, take action. After all, as Maya Angelou said: “If you don’t like something change it. If you can’t change it, change your attitude.”

6. Guilt and shame can make you sick.

The reason I left was totally selfish. Guilt and shame are extremely powerful emotions and like any emotion, they express themselves as thoughts in your brain but also as tensions in your body. When I think of guilt, my throat gets tight.

When I think of shame, I feel this knot in my lower belly. Those tensions create toxins and over time those toxins can make you sick. During the time of this relationship, I was constantly fighting a cold and was barely eating. I quickly realized my emotions were putting my health in danger.

Those sensations increased when after a couple of months apart, he decided to ask his wife for a divorce. We moved in together and I was so happy and so sick to my stomach at the same time. After a month, he was also sick and he decided to go back. The heartbreak of him leaving me to go back “home” almost felt like a relief.

Finally, it was clear. I would have to deal with the sadness but surprisingly, this emotion, as painful as it was, never felt as bad as the guilt and the shame.

Listen to your body. If your body is out of alignment, it will let you know. Ignoring it for too long can make you sick, so let go of the self-blame or change the situation.

7. Learn to let go and forgive.

Nine months. That was the time of the relationship from start to finish. Nine months from the moment we met to the moment he moved back with his wife and kids. This includes the back and forth, the 6 weeks we spent apart after I stepped away, the ups and the down, the guilty pleasure moments, the amazing joy, the passion and the buckets of tears.

It took me over a year to let go of most of it. Letting go of the relationship was easier than abandoning my own self-judgement.

I’m French, you might think having an affair is part of the culture. But actually, being the other woman was never on the list of things I wanted for myself. I’m far from being the only one who made this choice. Some believe they would never do it, while others become the mistress and never feel bad about it.

Wherever you are in the spectrum of shame and guilt, never let it poison your life. I got lucky to meet his wife and I got to apologize for the pain I had caused her. She forgave me and I was so grateful for it. It took me more time to forgive myself.

If you were in my shoes and can’t move on, it’s time to let go of self-judgment. Do you believe this crime is worth years of pain? Let it go. Face the woman who made those choices and realize that she did what she could. She deserves your forgiveness. You deserve your forgiveness.

Forgive yourself for not being perfect. Nobody is. You had to learn this lesson, now it may be time to move on and live your life.