Ever since I was a little girl growing up in Sydney, my dream was to honeymoon in the Whitsundays. But in 2013 when I got married, my husband thought holidaying in our own country sounded lame, so off to Honolulu, Hawaii, we went.

Worst. Mistake. Ever. The flight was a nightmare, and we landed on a Sunday, so there was no lei greeting at the airport because apparently that’s ‘church day’ in Honolulu.

Sure, the shopping was out of this world, but it wasn’t the secluded island escape I’d hoped for; the buildings were old and kitsch, the streets were packed with Japanese tourists, and the beaches were overcrowded.

Recently, my hubby felt so guilty that his executive decision had ruined our honeymoon (he’s a good sort, isn’t he?) that he booked us a trip to Hayman Island – and it was just as incredible as I dreamed it would be. Here are seven ludicrously luxurious things you won’t believe you can do there…

1. Get to the island aboard a star-studded catamaran (#fangirling) 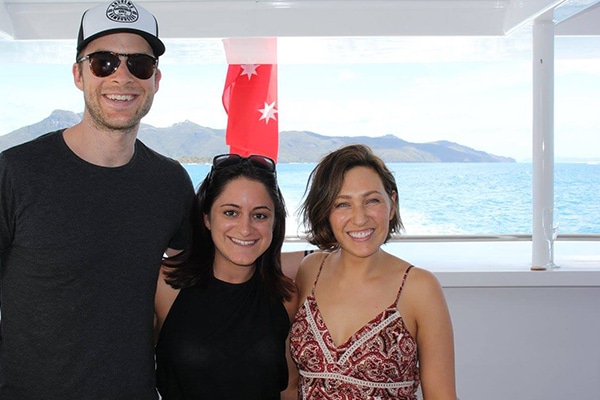 Hayman Island is frequented by celebs, so expect to have a star sighting while you’re there. We were lucky enough to have none other than legendary Australian radio presenter Hamish Blake and his stunning wife Zoë Foster Blake onboard with us – and they were even nice enough to agree to a photo opp with yours truly. Sure, we kept bumping into them on the island for the duration of our stay and I was freaked out they’d think we were stalking them, but now I have a keepsake nobody else has from Hayman. Which celeb will you unknowingly head to Hayman with?

2. Order food and cocktails directly from a poolside cabana 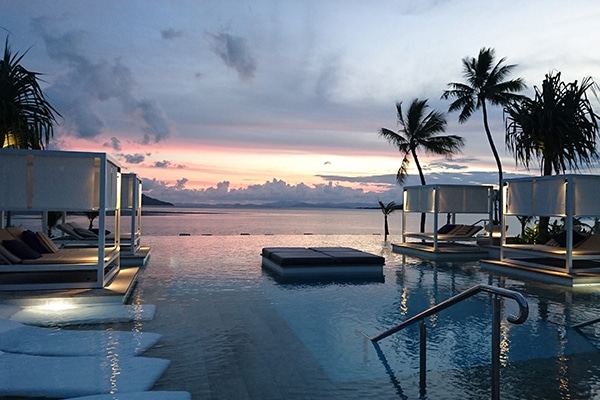 If your idea of vacay heaven includes copious amounts of eating and sunbaking, and your SO’s involves swimming and doing handstands in the water, you’re in luck. These desires were both fulfilled for my hubby and I when we visited the resort’s stunning poolside cabana. The best part? The cabana bar’s fries come with a side of super-cute mini jars of ketchup and mayonnaise.

3. Treat yourself to a floating massage 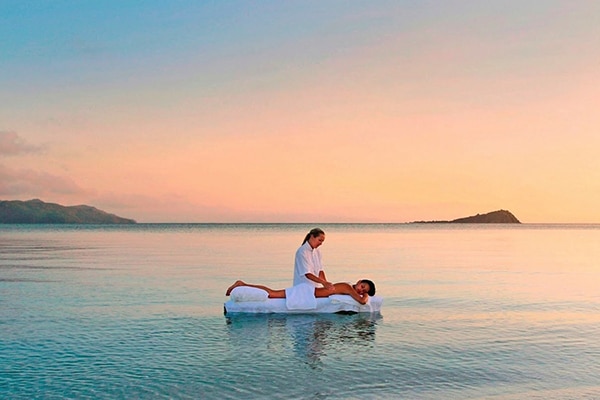 Nope, not the ones you can get in Hawaii where you’re expected to float on your own – I’m talking a legit massage table floating in the shallow part of the ocean, gently rocking you into snooze mode while your masseuse works out your tension. This. Is. The. Ultimate.

4. Take a helicopter to one of the whitest beaches in the world 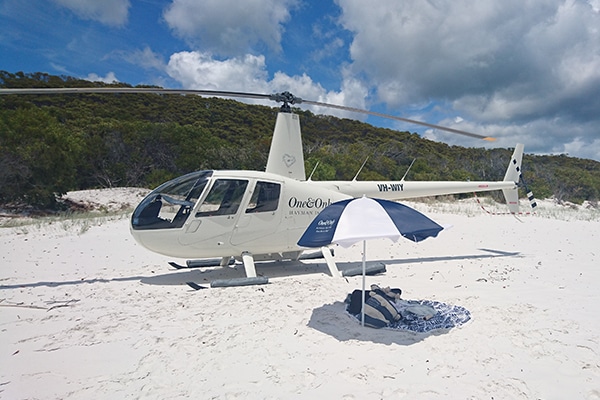 And while you’re at it, order a picnic to devour underneath a beach umbrella on your own stretch of the picturesque Whitehaven Beach. There is a ‘stinger’ (stingray) warning, so you’re given stinger suits to wear if you so please, but we didn’t need them. Once we landed, we just stripped off and enjoyed the crisp white granules of sand and the clearest turquoise water we’d ever seen, complete with friendly little fish.

5. Jetski across the vast Coral Sea 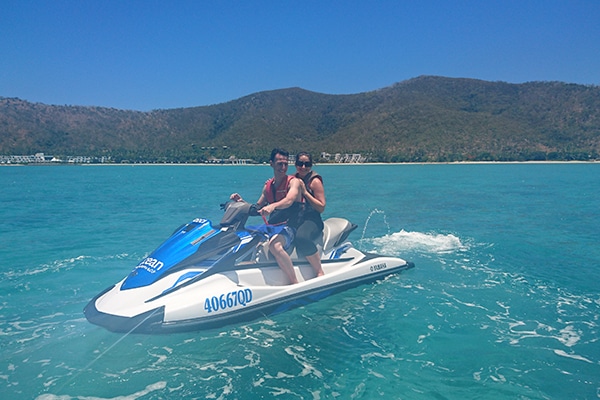 I’ve swum in the middle of the Mediterranean before, between Malta and Gozo, and later found out there was a shark warning in place. I was so freaked out I swore I’d never go that far out again. But the hubby really wanted to jetski, and since he took me there, I figured I should do something for him. He was at the helm for the first half hour and I thought I was going to be sick. Then I took over for 15 minutes and OH. MY. GOD. That thing’s got power! So cool.

6. Stay in the same suite as Ellen DeGeneres 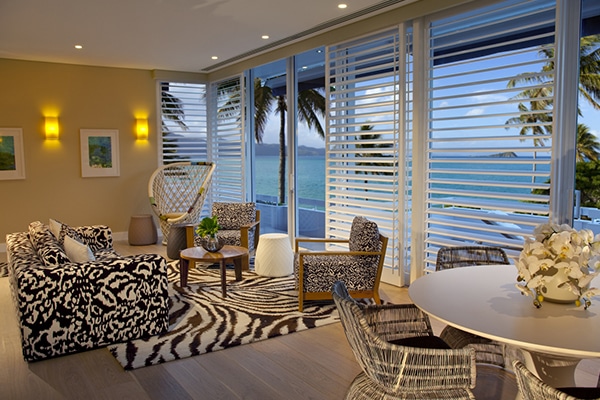 A private butler, packing and unpacking service, and a departure gift? How could anybody resist the two-bedroom Diane von Furstenberg penthouse, exclusively crafted by the fashion designer herself? You didn’t need to tell me “Ellen Degeneres once stayed here” twice before I was diving into the hotel bed’s luxurious Egyptian cotton sheets and ordering room service.

7. Dine on the most impeccable food in the Southern Hemisphere 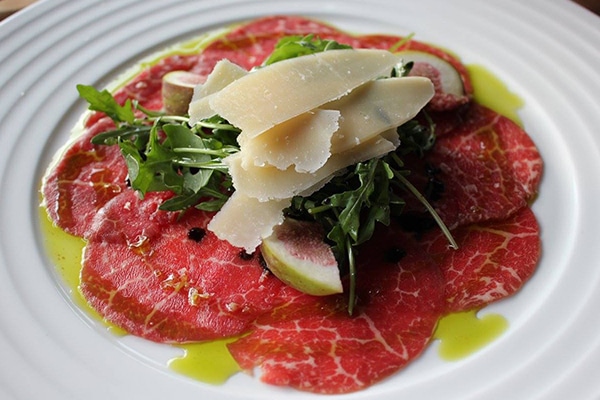 What list would this be if it didn’t mention Hayman’s ‘Under the Stars’ dining, which lets you literally have a candlelit dinner under the stars, on the beach, by the moonlight? We noticed how many couples were doing this every night, so the ‘secluded’ appeal that’s promoted wasn’t really there in real life – but the way we dined was just as noteworthy, perhaps even more so. I’ve never holidayed – or, for that matter, lived – in a place where every single local restaurant serves five-star food, so I’m calling it: Hayman Island is the ultimate foodie destination. From the freshest, most perfectly sliced carpaccio at Amici, and the crispiest-skinned chicken breast with tarragon cream at Fire, to the cheese platter at Bar Fifty – stick to the restaurants and you won’t be disappointed.