Travel pretty and give back while you’re at it, to support the estimated 1.7 million people diagnosed with breast cancer each year.

Across the world, October is Breast Cancer Awareness Month.

It’s a time to really think about those men and women who are fighting the disease, and those who’ve lost the battle, and to help spread awareness on the importance of screenings and regular self-examinations as well as raising funds for much needed research.

But if you’re bored with the usual ‘girls’ nights in’ fundraiser celebrations, why not go abroad, and make this the year you do your bit to support this important cause from one of the world’s best pink hotspots? 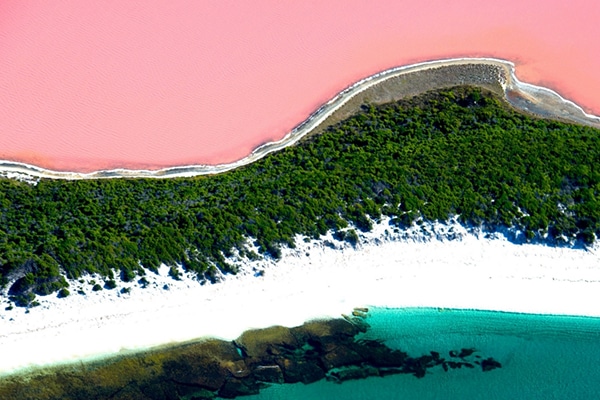 Australia’s west coast is home to two pink lakes: Lake Hillier and, er, Pink Lake. This natural phenomenon occurs when high temperatures meet high salt levels to create a high concentration of algae in the water. To see Hillier, take a helicopter flight or cruise. For the latter, pack a picnic and head to the lookout on Eleven Mile Beach Road.

How to do your bit here: Sign up here to volunteer with Breast Cancer Care WA while you’re in town. 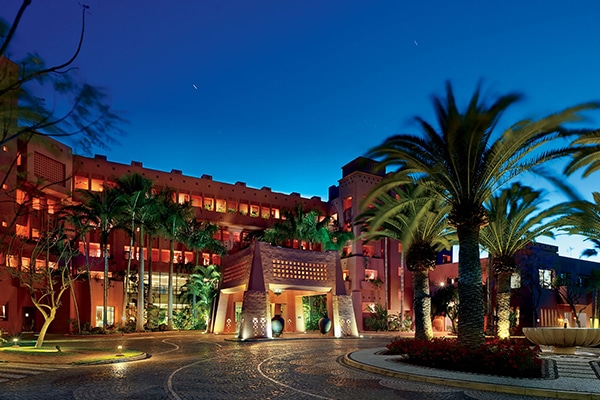 This pink hotel is the perfect backdrop for cosmos and chit-chat with the crew. And when you’re done soaking up the sun at this Canary Islands resort, ride the cable car to the summit of Mount Teide (it’s Spain’s highest peak ­– photo opp, much?), go whale- and dolphin-watching aboard a private catamaran, or chow down at its new steakhouse, 20/20.

How to do your bit here: Visit Spain’s The City of Arts and Sciences Principe Felipe Science Museum to check out #KnowYourLemons; an educational exhibit funded by the Worldwide Breast Cancer foundation. 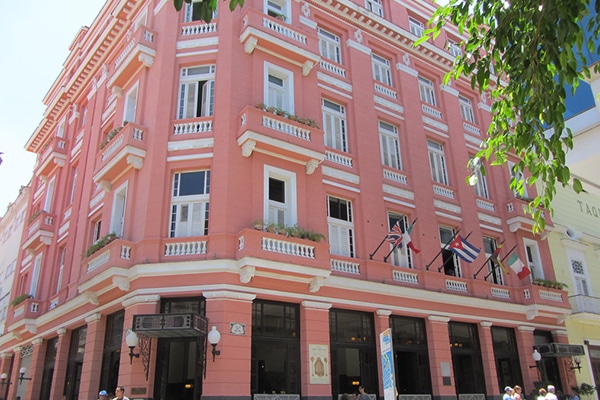 The old buildings on the waterfront may be sickly-sweet, but that’s only so they can match the hot-pink 1950s Chevrolets cruising around. Get your international license, book a car, and go for a ride through arguably the most flamboyant old-world capital city.

How to do your bit here: Jump on your bike and participate in Cycle Cuba, a 260 mile ride along shimmering coastlines to raise funds for charity-funded research program, Against Breast Cancer. 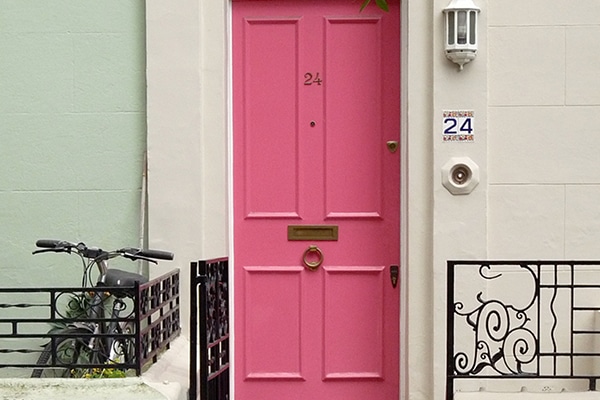 Notting Hill is widely known as the place a powerful Julia Roberts fell in love with an awkward Hugh Grant in the movie of the same name. But the London neighborhood is also one of the most colorful places in England (and with that much rain, it could do with as much glow as possible). Find a cute door, take a sneaky pic in front of it, then go grab yourselves a cup of tea.

How to do your bit here: UK-based breast cancer charity group, Look Good, Feel Better run workshops aimed at giving women with breast cancer a confidence boost through hair and makeup classes. Click here to find out how you can be involved in one of their many fundraising events while you’re in town. 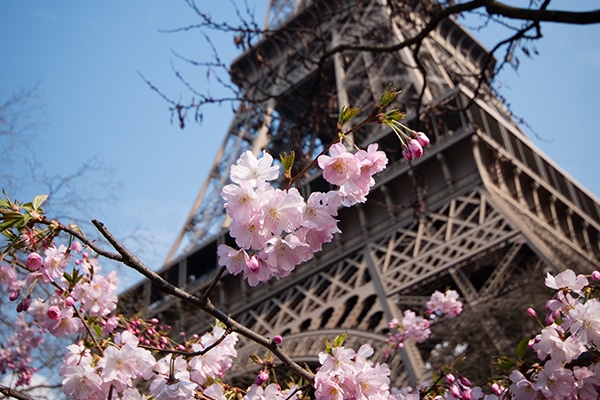 Trying to figure out when to visit Paris? In the springtime, the ground surrounding the Eiffel Tower is taken over by stunning pink cherry blossoms. Then at night, the tower is lit up in pink light to commemorate Breast Cancer Awareness Month. Bonus: France receives its most tourists through the summer months (May, June and July), so you’ll be competing with fewer people for the perfect picnic spot.

How to do your bit here: During October, The Peninsula Paris donates funds to support CEW France Beauty Centres – which provide free, restorative beauty therapy in hospitals – for each ‘Pink Afternoon Tea’ enjoyed at their Le Lobby restaurant. So get a tasty fix, and give back while you’re at it. 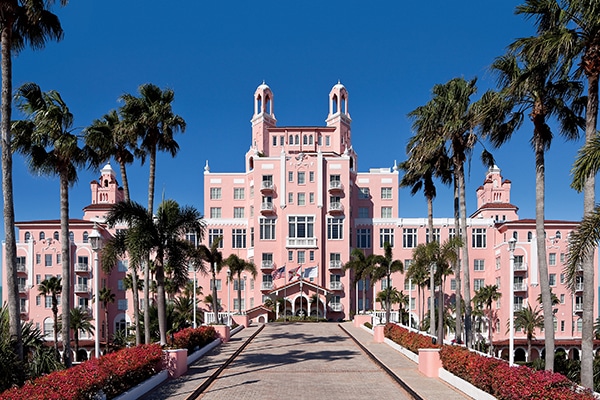 This beautiful pink palace looks more like Barbie’s mansion than a beachside hotel. But don’t just stand outside, staring in awe – step through the white-framed doors and allow your eyes to be treated to feature chandeliers reminiscent of floating bubbles. Then hightail it straight to the two giant outdoor pools or, if they’re too crowded, the beach right out the back.

How to do your bit here: The Florida Breast Cancer Foundation raises research  funds through the sale of gently used items of clothing, so if you’ve got a few things in your wardrobe you no longer need, register for their Pickups For Breast Cancer service to pass them on to a worthy cause. 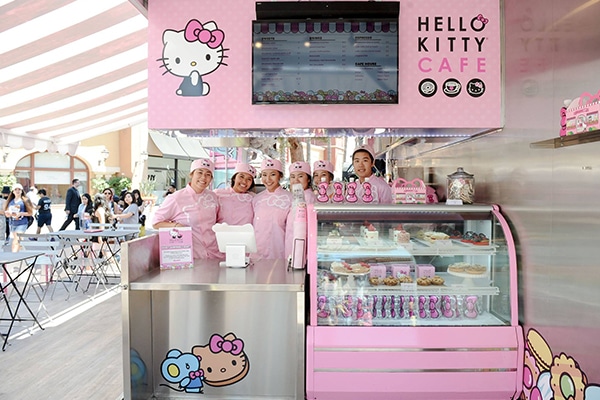 How to do your bit here: While you’re on your foodie crawl, head to The Peninsula Tokyo, who, like their Paris arm, donate funds to support breast cancer research for every ‘Pink Afternoon Tea’ purchased from their stylish The Lobby restaurant.