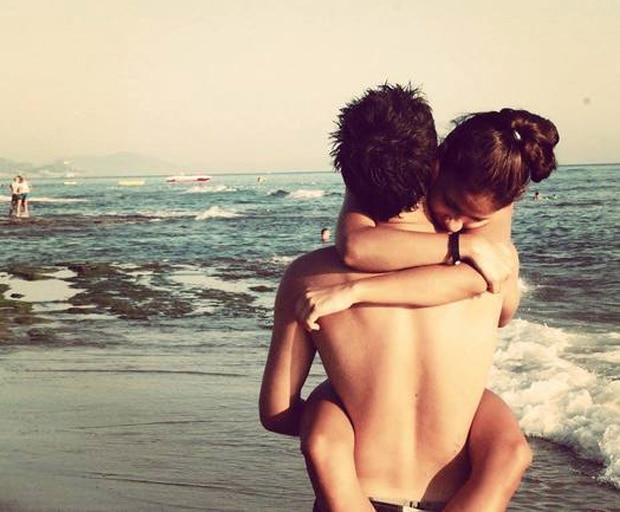 Unpopular Opinion: The Other Woman Has Feelings, Too

Learn from my mistakes.

Before I began working my recovery path, I really thought I could deal with my addiction to the Asshat and the cycle of abuse alone.

After all, I’d been senior class president and Homecoming Queen, graduating highschool with high honors and eight college units because I slayed the Advanced Placement exams. Plus, I’d spent my childhood helping my mom through her toxic marriage.

How hard could it be to cajole, finagle, hijack, manipulate, extort, bribe and browbeat my Asshat into loving me? Apparently really stinking hard. Here’s how to change a man… or so I thought.

1. I tried the “love letter technique”

This is from John Gray’s Men Are from Mars, Women Are from Venus. This technique was designed by Gray to help Venusians reconnect with their Martians after a fight. While the Martian is in his lair, the Venusian is supposed to write a specific message that is supposed to get a positive response.

Here’s how I wrote mine: I expressed my anger: ‘I’m angry because I snooped on your cell phone and found a photograph of you hugging your ex-girlfriend at your job last week. This makes me want to punch you in the throat.’

I expressed my sadness: ‘I’m sad that you’re still (possibly?) cheating on me when I’m trying so hard to make this relationship work by completely abandoning myself.’

I expressed my fear: ‘I’m afraid that no matter how many love letters I write, you’ll never change. I’ll never marry or have children. I’ll end up penniless, killed by a trolley car in Barcelona just like Antoni Gaudi, the unappreciated architect who beautified that unappreciative, Asshat city… I’m afraid that my love is simply pearls before swine. I’m also a little afraid of my own grandiosity.’

I expressed my regret: ‘I regret being mad at you for continuously cheating on me. nI don’t want to make you run away. I’d rather heal you and make you whole. Because that’s possible. Then we can live happily ever after.’

I expressed my love: ‘I love you so much! Not for the man you are, but for the man I want you to be. Which I’m fabricating in my mind.’

After all of that rigmarole, Gray suggests we write ourselves a response letter. Yes. We’re supposed to write ourselves exactly the response we’d like to get from our knavish man in the cave. I wrote about a kajillion of those, too. Because that’s not completely insane.

Let’s pause a moment here and picture a grown-ass 30 year-old woman, alone in her house, writing love letters and response letters to her philandering boyfriend who has no idea any of this is going on because he’s off arresting criminals and laying wenches. Then, after said woman has dotted every ‘i’ and crossed every ‘t’ in her myriad epistles, she finally gives them to her Asshat. He says he’ll read them later. She finds them in the trash unread, next to an empty bottle of his Aqua Velva. Man, I’ve learned to love that poor, scrabbling, addicted girl.

2. I pretended to be very busy

When Mister C.H. finally came out of his cave and called — hours, sometimes days after he said he would — I’d answer the phone and try to sound occupied and important. As if I had an actual life outside my obsession with him.

“Hello? Who is this? …Oh, Mister C.H., the man who is supposed to be my boyfriend who I haven’t heard from in five days.” (Crazy laughter verging on cackling.) “Sorry, I was so busy macramé-ing table-runners that I didn’t realize you still exist! Hey, who’s that ringing my doorbell?… Oh, look! It’s my hot neighbor Harold the Surgeon.” (It was actually my hot neighbor Barbara the Stenographer.)

I went so far as to take up hobbies I despised, like glue-gunning my own Christmas wreaths, just to seem busy. I pretended to enjoy accidentally welding my fingers together with scorching Elmer’s glue while, the whole time I was dying a little inside. If I were just more aloof, I thought, Mister C.H. would snap back like a rubber band. But somehow Mister C.H. could smell my insecurity the way a horse smells fear. You just can’t wash that Eau du Desperation off.

3. I tried psychoanalyzing him

I helped Mister C.H. understand how his childhood difficulties had affected him. I tried to make him see that our “true love” could keep him from ending up exactly like the dysfunctional people in his family.

He helped me understand that I couldn’t blame him for his inconsistency since he grew up with inconsistency. Didn’t I understand? Yes, I did. Somehow he used my very own wisdom against me.

4. I auditioned for wife

After my man and I moved in together I turned our home into a cozy little love nest. I bought shabby chic couches and wild oats groceries. I cooked spaghetti bolognese, hung wall art, and rescued two dogs I hoped would serve as our practice children.

I did everything in my power to make Mister C.H. understand what an incredible wife and mother I’d make. His response was to take as many overtime shifts as possible to escape my smothering domesticity.

5. I become a 24-hour convenience store for sex

During our five-year relationship, I denied Mister C.H. sex once, because I’d sprained my “VaJayLaw” from vigorous horseback trotting. I was terrified to say “no” because he’d confessed that one of his greatest fears about marriage was that the sex would stop. So, I made sure he knew that it was gonna be all sex, all the time with me. Neither snow, nor rain, nor heat, nor gloom of night, nor the winds of gassy bloat, nor a menstrual-cycle-challenged body would stay me from the swift completion of my appointed sexual favors.

I thought if I were the best lover my guy ever had, he’d realize marriage to me would be orgasmic bliss and then he’d change. (By the way, my quest for bliss made for some pretty lame, anxious, forced sex.)

6. I attempted to convince him that I was right

I was right! Anybody could see I was right… Anybody but the Asshat, of course.

7. I forced him to come to couples therapy

Couples counseling can be incredibly helpful when both partners are invested in making the relationship work. But dragging Mister C.H. to a counselor’s office just prolonged a glaringly dysfunctional situation. Mister C.H. knew exactly what our therapist wanted to hear, which was that he was damaged by his childhood, and with her help could perhaps fix it.

He said he did want to work up to marrying me… someday. Our therapist was encouraged by his humility and willingness, but once we left the office, nothing ever changed. I believe Mister C.H. agreed to participate in couples counseling because I met many of his emotional and physical needs and he wasn’t ready to give that up. I also suspect he wanted to want to get married, have kids and live what is considered a “traditional” lifestyle.

But all of his behavior indicated that sexual fidelity and marriage to me scared him to death. This is not to say that every man who doesn’t want marriage and children is an Asshat. There’s no rule that says any man (or woman) has to get married and have children to be emotionally healthy and have a fulfilling, happy life.

There are plenty of wonderful people who’ve done neither and are more evolved and enlightened than the best marrieds and parents around. A man is only an Asshat when he lies about what he wants in order to use you to fulfill his emotional and sexual needs.

Images via favim.com, giphy.com and tumblr.com. Excerpts from She Dated the Asshats, But Married the Good Guy.

Comment: What tactics have you tried – and failed at – to get someone to fall for you?

ALL The Best Marriage Hacks To Keep Yours Going — Forever!