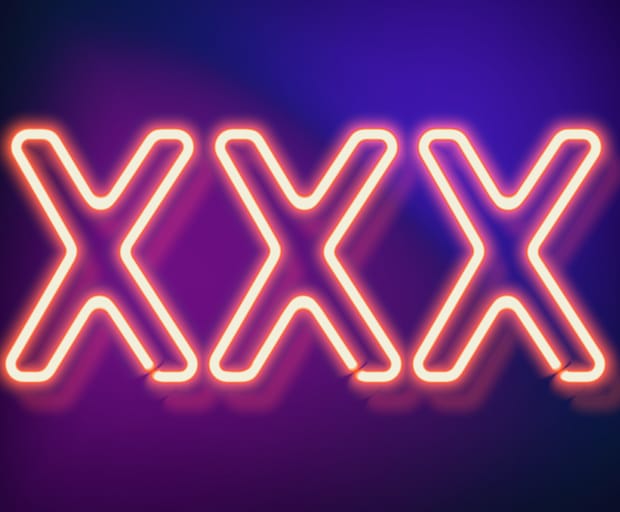 Dax Shepard Reveals He Was Sexually Abused As A Child

Call me naïve, but I never knew sex parties existed until six years ago. My new boss had pretty much just started and, as they do, a rumor surfaced that she and her husband were swingers.

“Swingers? What does that mean? Like, acrobats in the circus? That’s weird.” Don’t laugh – I was fairly young, okay?

My clique laughed their asses off at me.

“No, babe, as in, they go to someone’s house with other people and everybody puts their keys in a bowl, and then whoever’s keys you choose is who you go home with that night,” one of them explained.

Wow, I thought, that’s actually super-hot! Like, how good is it that they trust their relationship enough to allow each other to sleep with other people? And the whole ‘anonymity’ thing is seriously titillating.

Now, if you’ve read any of my other articles, you’d know I’m not backward in coming forward, so I took my new boss outside on a non-deadline day. It was really none of my business, but I felt the need to clear the air.

“I overheard something the other day,” I said nervously.

“It’s probably none of my business, but I just can’t seem to get it off my mind… Are you and Tom swingers?”

She flung her head back and roared with laughter. My heartbeat started to settle a little; thank God that didn’t end up as awkward as I anticipated.

“My God, Arie, I thought you were about to resign! Where’d you hear this?”

“Just around the office – but I’d rather not mention names,” I answered.

“You can tell whomever it was you heard it from that yes, Tom and I are ‘swingers’,” she exclaimed.

“But we prefer to say we’re a couple who’s open to experimenting and keeping our relationship fresh by attending sex parties.”

Wow. I was not expecting that kind of openness. It was refreshing and, actually, it’s what started a beautiful friendship between us. Though she has mentioned she’d be more than happy to take me along to a sex party, she’s never forced the issue; my husband has made his thoughts very clear on the topic, and I’ve got to set a limit somewhere. But that doesn’t mean she and I can’t chat about it. Here’s what I’ve learnt about sex parties, thanks to my very straight-up friend…

You remember that description my coworker gave me? Well, that’s not exactly correct. The bowl of keys she referred to is actually filled with condoms, and there’s no going home with people – everything is done at the place everyone has met for the night.

Single women are like fresh meat being waved in front of hungry alligators; couples often go there to meet a woman who’s up for anything, with one watching and the other doing, or both working the gal at the same time. Others only swap with other couples, for an approved one-on-one extra-marital experience. Then there are some who get their rocks off just watching others.

Only married couples and single women are invited, and instead of men sleazily approaching women, the ladies need to make first contact.

3. They’re not just a chance for ugly, desperate people to get laid

My friend is absolutely gorgeous (I know ­– fun and gorgeous? She must have been ugly in her teens, which allowed her to develop an actual personality). And although beauty is in the eye of the beholder, she assures me there’s never been anybody lower than an eight at the parties she’s been to – and she’s been to a lot of parties.

4. There is an element of secrecy…

Yes, masks are often involved as a way of enhancing the anonymity. Great for those who are a bit shy, and even those who aren’t, like me – doing someone I don’t know really turns me on! Apparently it isn’t surprising for people to dress up at sex parties, either. I’m talking men in suits or tuxedos, and women in ball gowns or LBDs.

5. …but there’s always someone who knows who everyone is

6. Spectators are frowned upon

Remember that episode of Sex and the City when that lesbian character told a wishful Charlotte “Sweetheart, that’s all very nice, but if you’re not going to eat pussy, you’re not a dyke”? Well, it’s a similar story here – if you can’t handle the heat, get out of the kitchen (or whatever room the action is happening in). Watching as an involved player and watching on in judgment are totally different – if you don’t know how, you may need to go back to school.

It’s not just a free-for-all. Condoms must be worn, clear permission must be received, taking photos or videos is a no-no, and the good ones don’t allow drugs or STIs into the building. A breach of these rules results in a lifetime ban from the community – and it’s a big community, and people do talk. At the end of the day, there’s really no need to be dodgy – it’s all about having fun, exploring your sexuality and fantasies with a clear head, and just a few champagne cocktails under your belt.

GIFs via tumblr.com and giphy.com.

An After-Sex Joke Brought My Date To An Abrupt End