7 Times I Wished I Didn’t Have A Vagina

We have a love-hate relationship.

Owning a vagina is not without its challenges.

I first became aware my own vagina had its pitfalls when I unexpectedly left a circle of bright red blood on a friend’s mattress when I was 12. And again at 21, when I first had sex with a guy who was convinced he was a human jackhammer.

Since then, my vagina and I have had a love-hate relationship. Sometimes I wake up and think my pussy’s magic. Others I am genuinely convinced I was given one as a cruel joke. Don’t get me wrong, I know there are women who weren’t born possessing a vah-jay-jay, women who’d do just about anything to own one, and my vagina’s been responsible for its fair share of feelgood moments. But there are seven times in particular, that I wished I could tell my vagina just how much it was raining on my parade…

1. When it ruined my inordinately overpriced pair of Victoria’s Secret undies

Dearest vagina, you can be a lot of fun when frilly panties are involved. Dare I say, you can even feel somewhat Godly when I taste the soft sweep of satin against you. But why, oh why, must you destroy all that is good in my underwear drawer? That time you made me stand hunched over the bathroom sink, saying a silent prayer as I vainly attempted to remove red blotches from the pair of Victoria’s Secret knickers I splurged half a week’s rent on, I rued the day you became a part of me. Is it too much to ask you give me a heads up when you’re planning on varying your schedule?

2. When I worked out how much it was costing me

Why must you be so high maintenance? Between the gyno appointments, the sanitary supplies, the bottles of lube, the waxes and the creams and concoctions to treat your various ailments, do you know you’re costing me roughly $2000 a year? No, really. At roughly $7 a packet, I’m spending $84 a year on maxi pads alone. Add another $12 a packet for pain relief when you decide to make that time of the month even more hellish than it already is, and you’ve got another $144. I don’t even want to think about the $250 my last trip to have you examined cost me, or the $40 I spent on antibiotics when you made me pay for not running to the bathroom after sex. All up, that’s $20,000 you made me fork out for you in my 20s. Not to be cruel, but I’d rather have bought a Birkin than spent that on you.

3. When it seized up mid pap smear

I don’t know if you’re aware of this, my dear vagina, but pap smears are really, really uncomfortable. Spreading my legs for a stranger to poke cold metal implements inside me is not my idea of a dream day. So when the doctor tells you to relax, I need you to play nice. Don’t tighten up like you’re a dog with a chew toy the very second she’s taking that painful cervical scraping. And in the name of all that is good and holy, please, don’t stay that way for the rest of the exam. This is not the time to play hard to get. Trust me, I’ll let you know when that is. 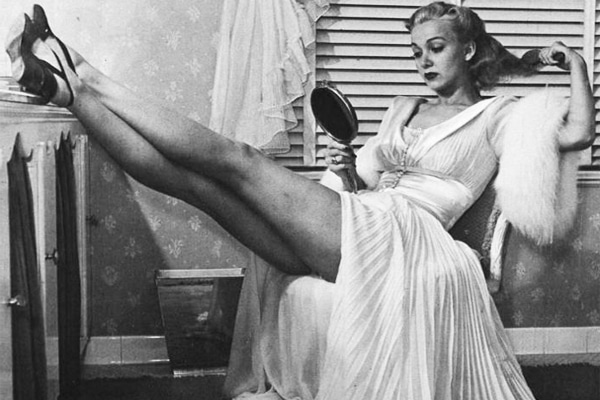 4. When it couldn’t muster lubrication during sex

Those times you let the rivers of lubrication flow during steamy encounters are still stored in my film reel of memorable encounters for flicking on when I’m feeling lonely. It would make sense then, that you made a habit of doing that when I’m in the throes of a button-popping moment. Instead, like a malfunctioning tap, you’re hot one minute and cold as a frozen lake the next. I can’t begin to count the amount of times you’ve made sex unnecessarily uncomfortable by holding out on me. Please, get your act together and work with me here. I promise, it’ll be worth it.

5. When it got noisy

The first time you announced yourself I was running naked to the bathroom to grab a condom and was most certainly not out of earshot. I’m still scarred by that cringe-inducing moment. For future notice, no one’s interested in what you have to blurt out, that’s one noise I’ll be happy going to my grave never hearing again.

6. When it became hostile

Dearest vagina, do you remember that time I finally made out with my college crush? Of course you do. We’d flirted for weeks before that moment, the sexual tension was so intense you could cut it with a knife. Then we were alone. In his dorm room. Going for it. I went to the bathroom to freshen up before we did the deed and discovered you’d given me thrush. Then I had to tell him my flatmate called and needed me to come home for an emergency. I totally missed my moment because of you. And I spent seven itchy days in painful discomfort afterwards.

7. When it didn’t play nice during a Brazilian

Regardless of how much I prepare you for a waxing appointment, you seem to have a knack for making it feel as though I’m being held in a military torture camp (FYI: if given the choice, I’d happily exchange waxing you for having my head plunged into ice water). You’d think you’d be used to having a few hairs removed by now; the rest of my body acclimatized to the horrific rituals of womanhood years ago. The worst is when, almost as a cruel punctuation to the torture, my waxer thrusts a hand mirror in front of your newly crimson red, engorged face hissing like a hairless cat, and asks me if I’d like to look at you. Like looking into the sun, I’m momentarily blinded by the butchered horror and can only do what all women do in that moment. I smile and say, “Thanks, looks great”, pull up my panties and get the hell out of there.

Comment: What do you think is the worst thing about having a vagina?