8 Of The Greatest Hashtag Fails Of All Time

With social media spreading throughout the world like herpes at a college party, searching for material has become more and more complicated. A such, some genius invented the phenomenon of the hashtag; a way to organise the reams of usually useless information thrown at us in our increasingly digital age.

More often than not, the hashtag is actually very useful in sifting through crazy Twitter and Instagram searches. However, when placed in the wrong hands, hashtags can become a little, well, misplaced. Here are seven of the most controversial, disturbing, and downright inappropriate hashtags of all time. May they serve as a reminder of the perils of social media the next time you’re fretting over how to include one in 150 characters or less… 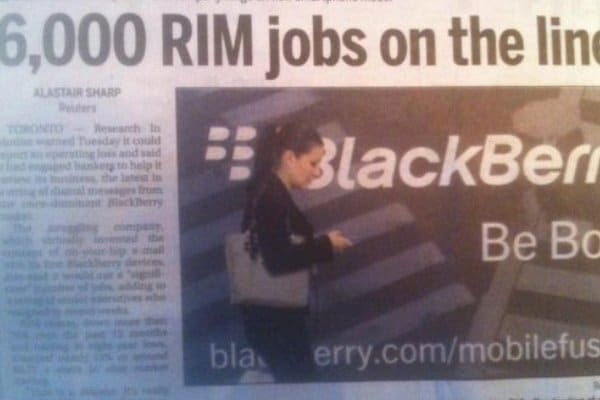 In an age where social media is as prolific as swine flu circa 2009, it’s becoming increasingly common for companies to make job announcements on Twitter. For greater ease, many use hashtags to assist in the search. Canadian tech company, Research in Motion, whose unfortunate acronym, is RIM, did just this. However, the hashtag had a certain double entendre  they regrettably neglected to notice, causing the company a great deal of embarrassment. Anyone feel like getting kinky? 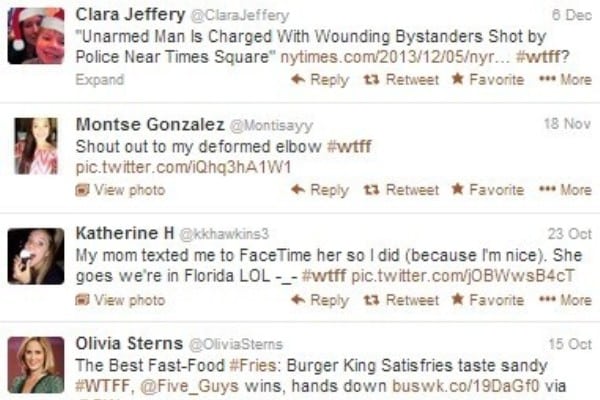 What started as a simple attempt by Burger King to promote healthy (yeah, right) French fries turned into a humiliating mess of sarcasm and social media wit. While the intended meaning was “What the French fry”, poor old BK overlooked the fact the acronym stands for a more commonly used expletive containing statement, ‘What the flying f*ck’.

“Many individuals who were posting random things on Twitter or simply wanted to rant online by using the common hashtag were immediately funneled to the same conversation,” says hashtags.org. Sadly, the promotional effort was mixed up in a sea of angry rants about wounding innocent people, and lamentations about a deformed elbow. #fail

This one speaks for itself. Italian battery company Powergen Italia had no problem with this hashtag among native speakers. However, the English speaking world had an awful lot of fun. #awkward 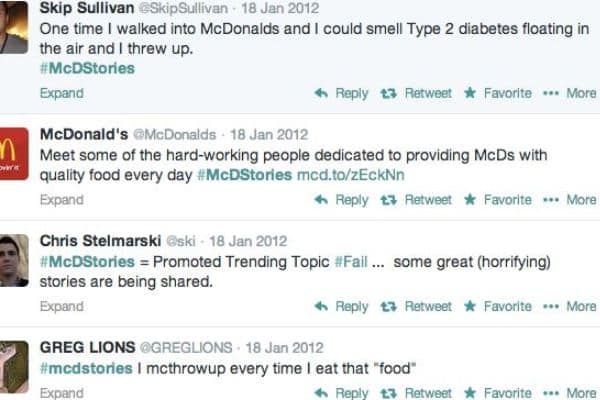 Another innocent promotional tool gone horribly awry. To hopefully create some positive buzz, McDonald’s launched a campaign around ‘McDStories’, encouraging customers to share fond tales of Happy Meals. However, a multitude of unsatisfied customers used the hashtag to bash the company and share the odd horror story. Whoops! 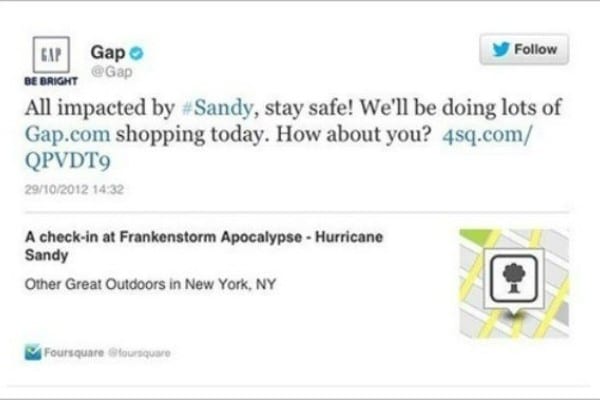 Every heard of ‘hijacking’ a hashtag? Well, Gap managed to do just that, with catastrophic consequences. During the tragedy that was Hurricane Sandy, #Sandy was used to assure loved ones all was well, via social media (finally used for good, not evil). However, Gap used it in all it’s tasteless glory to promote online shopping on Gap.com. No one was impressed. 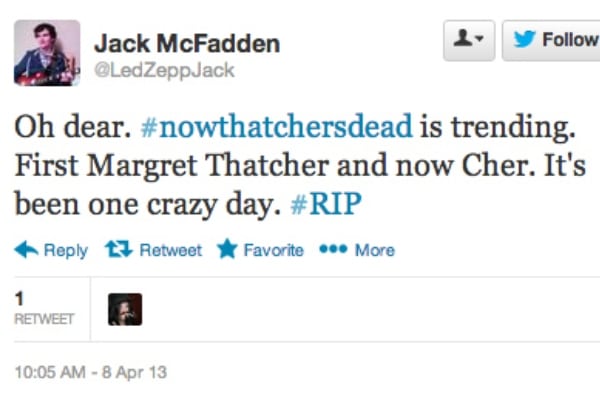 Contributing to the long list of celebrity death hoaxes is this little beauty. Following the death of ex-British Prime Minister Margaret Thatcher, the hashtag was born. However, the first thing anyone saw was, of course, ‘Now that Cher’s dead’, leading to devastation among millions of fans. Wrong icon, wrong industry, guys! 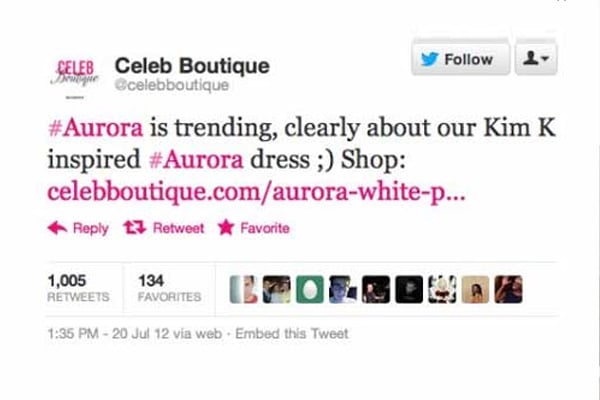 Another tasteless hijacking case, when retail store, Celeb Boutique noticed #Aurora was trending they decided to use it to promote their Kim K inspired Aurora dress. Unfortunately the hashtag was trending thanks to the tragic Dark Knight Rises movie cinema mass shooting, so the store walked away looking incredibly insensitive. 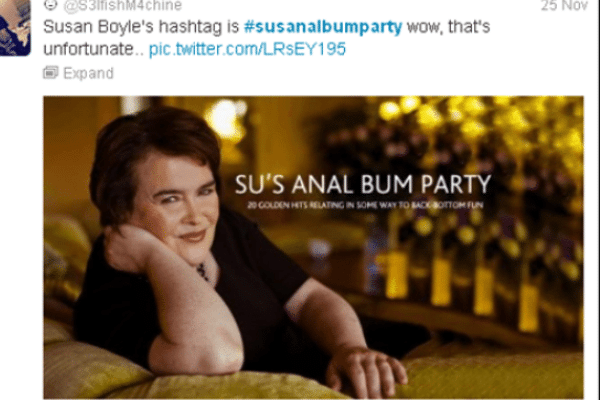