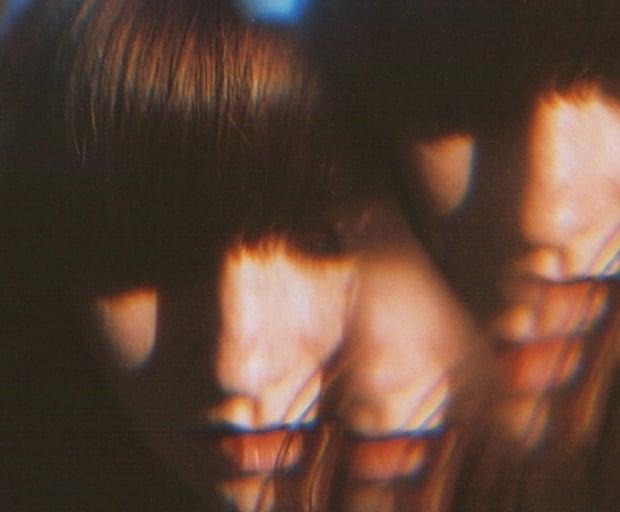 I couldn’t get out of bed again this morning.

It used to be that my fave time to go for a run was just before the sun rose. I liked watching the sky lighten as my feet pounded against the pavement; knowing I was already up and at it whilst the rest of the city were still rubbing sleep from their eyes. But lately, I wake up feeling stiff and sore, and desperately exhausted. All I want to do is pull the covers over my head and will time to stop so I can go on sleeping.

It could be due to the stress of the presidential election; hearing Donald Trump brag about sexual assault and trying to pass it off as no big deal – just ‘locker room talk‘ – stirred up a lot of demons from my own past experiences with sexual assault this week. Or it could be that I’m depressed. Sometimes what seems like a bad day isn’t just a bad day – it’s depression.

The funny thing is, even though I’m familiar with the signs of depression, sometimes I’m not really sure whether I’m depressed or not. It takes a while to sink in; sometimes I’m already climbing my way out of my funk before I’ve even admitted to myself that I’m depressed. Maybe I ought to surrender to the fact I’ll probably always be living with depression on some level; I just have to learn to ride the waves.

If you, or someone you’re close to, also live with depression, here are eight things you probably understand…

1. How hard it can be just to get out of bed in the morning

When I’m depressed, getting out of bed in the morning is the hardest thing I do all day. It doesn’t make any sense; I’m normally a morning person, and I usually feel better once I’m up and about. Lying in bed as the day slips by, knowing it’s getting later and later, is one of the worst feelings in the world. But depression doesn’t follow any kind of logic. I’ll lie in bed feeling terrible about myself until something or someone forces me out. It’s the worst.

2. Being depressed isn’t the same as feeling sad

When my good friends moved away, I was sad. When my sister died, I was sad. I know what sad feels like. Depressed isn’t feeling sad; it’s feeling nothing. You don’t know why you’re depressed – you just are. There’s not always a reason. In fact, there usually isn’t. It’s like the world is drained of meaning. Food doesn’t taste good. Nothing seems funny anymore. People ask if you’re okay, and you don’t know what to say. They tell you that you seem sad, and you want to scream.

3. The frustration of being told to “shake it off”

The first time I was going through a period of depression, my dad told me to “just keep putting one foot in front of the other”. I know he meant well, but it was one of the most frustrating things anyone’s ever said to me. When you’re depressed, you can’t think your way out of it or shake it off. It just doesn’t work. And sometimes it’s not another person telling me to get over it – it’s me. There’s nothing I’d rather do than take a deep breath and get over myself. But I can’t. It just doesn’t work like that.

4. The physical symptoms of depression are just as bad as the emotional ones

Depression isn’t just feeling emotionally numb and not being able to get out of bed. It’s bumping into walls, dropping stuff, tripping over your own feet, having a headache/backache/stomachache all the time, being too exhausted to get through your normal exercise routine, having weird physical symptoms that come and go randomly, and coming down with illnesses more often. It might be a mental illness, but it manifests physically, too.

5. Depression feels different for everyone

Everything I said up there about how depression is for me? It might not be true for someone else suffering from depression. Depression is tricky like that. It wears all kinds of different masks, and it feels different for everyone. So even though I might know what helps me, I don’t necessarily know how to help someone else going through a bad time. No one should assume they know how someone else is feeling, even if they have the same diagnosis.

We hear it all the time: if you’re feeling bad, ask for help. But sometimes, we do ask for help, and it makes us feel worse when it becomes clear that no one really knows how to help. I’ve flat-out said to people, “I’m not okay and I need help”. I’ve said, “I’m really depressed and I don’t know what to do”. But if I can’t figure out what I need, how are they supposed to know? It can be really hard to know who to ask, and what to ask for. When reaching out for help doesn’t end up helping, you can end up feeling even more isolated and alone, which is why sometimes all depression sufferers really need is someone to just quietly ‘be’ there for us until we ride out the wave.

7. We never really get used to having depression

You’d think after almost 40 years of dealing with depression on some level, I’d be used to it by now. You’d think I’d know when it was sneaking up on me. But I’m still taken by surprise by it most of the time. I’ll suddenly have trouble getting through a run – my legs will feel heavy and I’ll want to lie down in the first mile. Or I’ll start having little accidents and forgetting things all the time. Slowly it will dawn on me that I’m depressed; I usually don’t understand what’s happening until I’m fully in the grip of it.

8. How good it feels to emerge from a bout of depression

The only good thing about depression, is how amazing it feels when you’re finally getting out from under it. Everything is beautiful; your senses are heightened. The world is more vivid, food tastes good again, it doesn’t hurt to listen to music anymore, you bound out of bed in the morning full of energy – it feels like magic.

If you’re in the grip of depression as you’re reading this, know that you aren’t alone. Plenty of other people have been where you are. There is help available, even if you don’t know what help to ask for. Reach out. Find a therapist, see your doctor, talk to a friend. Whether it’s medication, or exercise, or talk therapy, or time, or some combination of all of those, something will help.

You won’t feel like this forever. And you don’t have to get through it alone.

GIFs via giphy.com, collegetimes.com, and tumblr.com.

Comment: What do you wish other people understood about depression?