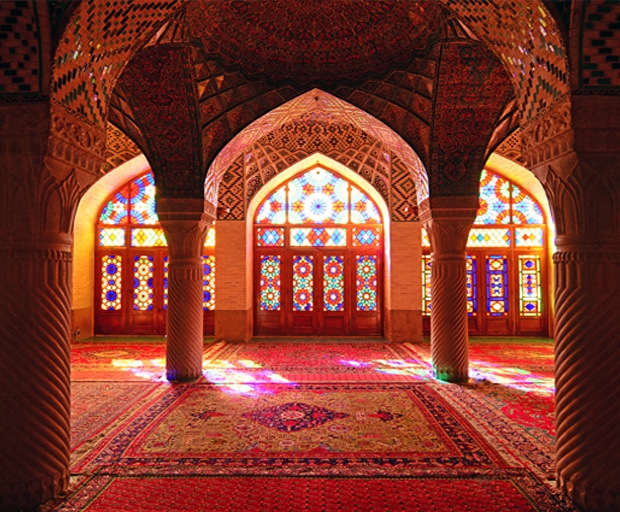 Everyone has an opinion on Islam, but what are the facts?

It seems everyone has really strong opinions about Islam right now; in no little part because it’s always in our news feeds, but unfortunately, a lot of what we know (or think we know) about the religion is uninformed. And given it’s the second-largest religion in the world, with approximately 1.7 billion followers, it’s worth getting your facts straight before forming opinions on the faith.

Part of the problem with the misinformation saturating public discussion on Islam stems from the fact religions are quite complex by nature, largely because of the fact they’ve been developed over a really long period of time, and a lot of their teachings are taken out of their original thousand-year-old contexts.

But the real issue with some of the misconceptions around Islam, is that they’re breeding widespread racism, bullying, and even endangering the lives of Muslims. Here are eight of the most common, and dangerous, myths about the faith…

1. Being Arab automatically makes you Muslim

Nope, uh-uh, it doesn’t. Arab is an ethnic group, not a religion, and as such, Arab people can be Jewish, Christian, Muslim or have any or no religion at all. In fact, the country with the most Muslims is Indonesia, which is definitely not in the Middle East (unless you had a really bad geography teacher). In fact, the most Muslim people actually live in Asian countries. Arab people only make up about 20 per cent of the worldwide Muslim population. This works the other way around as well, as around 10 per cent of the Arab population is Christian. This is why it is really important not to make assumptions about people’s religions based on their ethnic background or appearance.

2. All Islamic women have to wear the veil

Actually no, they don’t. Muslim women wear a range of different coverings, from the hijab, which leaves the entire face visible, to the niqab, which leaves only the eyes visible, to the burqa, which covers the entire body with a mesh screen to see through. The wearing of a covering, particularly the hijab, is done to dress modestly, and has been popular with all types of religious women throughout history, like Mother Theresa, Catholic nuns, and in depictions of the Virgin Mary.

While there are countries that require the wearing of a veil by law (mainly Saudi Arabia and Iran), most countries leave it up to the individual woman, and a large number have actually banned the most restrictive of the coverings, the burqa, completely. Some women are empowered by wearing their veil, because they have made their own choice about whether to wear it or not, and others are empowered by not wearing a veil, in the same way some Western women are empowered when wearing revealing clothing and others are not. 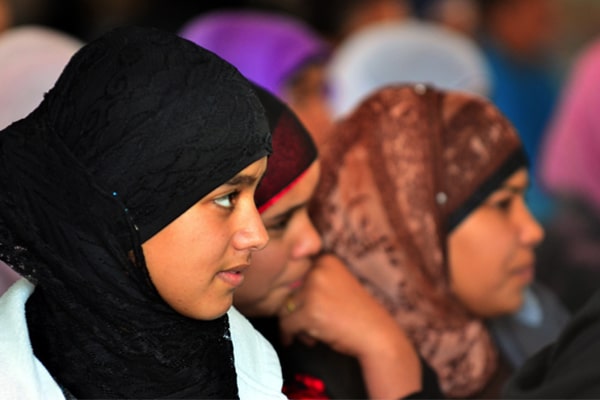 3. Muslims hate Jesus and other religions

Another total myth. Islam actually falls into the same religious category as Christianity and Judaism. The three are known as the Abrahamic religions because they all stem from Abraham. The Islamic faith believes in all of the prophets that came before Muhammad, including Jesus and Adam. Muslims actually hold Jesus in great regard, and Sufi Muslims even regard Jesus as a close second to Muhammad, and refer to him as the Spirit of God.

Because the three religions are all from the same category, they’re actually – despite popular belief – really similar. They all believe in God, and that he is the creator and source of moral law. Their religious texts all feature many of the same people, places, and histories – although there are some switching around of perspectives and meanings. ‘Allah’, is an Arabic word meaning ‘the God’, and isn’t actually the name of the Islamic God.

4. Islam is an extremely violent religion

Violence is not part of the Islamic religion at all. The Quran, which has garnered a bad rep thanks to a plethora of misinformation spread by people who’ve never actually seen or read the religious text, speaks about peace, and directly states that “God loves not aggressors”. There has also been a religious decree – called a fatwa – directly condemning terrorism and suicide bombings, calling them evil, unjust, and stating that they have no place in the Islamic faith.

Extreme actions by people who claim to be Muslim are not acting in accordance with the religious teachings and key values of the religion at all, much in the same way terrorist acts against gay people throughout history declaring they’re acting in the Christian belief that homosexuality is a sin are also not true reflections of Christianity, but of extremism.

Terror groups like ISIS and Al-Qaeda actually kill more Muslims than people of other religions, because extremism and fanaticism are not exclusive to Islam, despite the very popular mislead belief that they are. Like every religion, there have always been and will always be different interpretations of the traditions and beliefs and people who pick and choose elements of a religious teaching to use as excuses for extremist behavior. 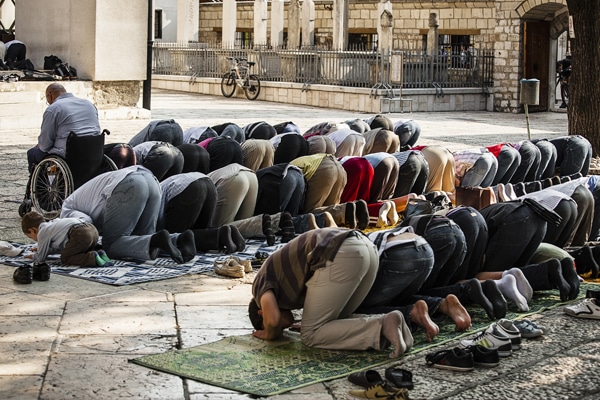 5. Islam is stuck in the dark ages

People tend to think of Islam as an outdated religion still stuck in the dark ages. Historically, though, Islam has given the world a hell of a lot of amazing things. The Islamic Golden Age invented algebra and modern physics, and made massive advancements in geography, architecture, medicine and philosophy. On top of this, the Islamic religion has pretty progressive social justice values. The festival of Ramadan is one of the five pillars of Islam and is in place so Muslims can experience what it’s like to be poor and hungry in order to teach compassion for others in the world. Another of these five pillars is zakat, which is a donation to the poor. Muslims who have wealth must give 2.5 per cent of their income to the poor, according to this belief.

6. Islam is highly oppressive to women

This is perhaps one of the most widespread and damaging misconceptions of all. Women are regarded as equal to men in the Quran, not only spiritually, but socially and politically. In fact, several Islamic countries have had female heads of state and members of parliament, like Pakistan, Indonesia, and Turkey. Both the Quran and the teachings of Muhammad advocate the right to search for knowledge, regardless of gender, and encourage women to seek employment outside of the home.

Of course, gender inequalities still exist in Islamic countries, as they do in all countries over the world, but these are because of cultural practices, not religious. 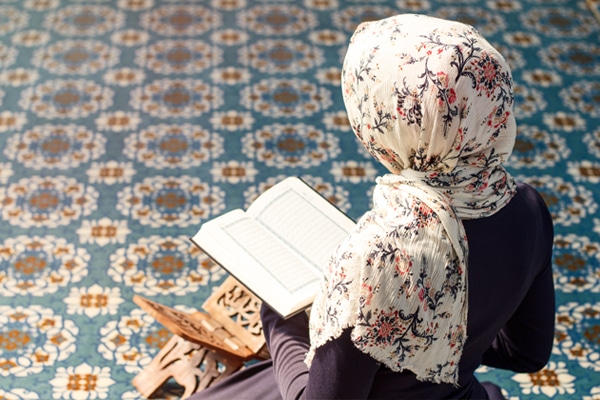 Nope, wrong again. Firstly, Sharia law is not what most people think it is. It basically translates to ‘legal reasoning’ or ‘canonical law’. Essentially, that means it’s a collection of ‘rules’ set out for Muslims. There are at least five different schools of sharia, and they will vary across the Muslim world.

Some things are considered forbidden under sharia law, but how strictly these rules are followed will also vary from person to person. For example, it is forbidden to get drunk, but some Muslims interpret this as having one or two drinks would be okay because it doesn’t make you drunk. Other Muslims don’t drink at all. Just like the rules set out in Christianity, how you understand them and how strictly you follow them, is up for interpretation. For example, divorce is not permitted in many Christian and Catholic religions, but it is allowed in the Islamic faith, and either the husband or wife can apply for a divorce, despite the popular belief that Islam chains women into unhappy marriages they have no legal right to get out of.

8. The Quran justifies the murder of non-Muslims

Here is where things get tricky for some people. It is true that the Quran has a number of passages which seem to condone, call for, or justify the killing of non-Muslims. One of the most quoted of these calls for the killing of ‘infidels’. However, the Christian Bible also has passages saying similar things about people outside of the Catholic and Christian faiths. In the Bible, Deuteronomy 17 tells believers who come upon a non-believer to “stone them with stones until they die”.

Just like in all religious texts, these passages are a product of their time and need to be interpreted or updated as times change. We don’t exile women while they’re on their periods anymore, despite the fact the Bible actually dictates we do, and the majority of Muslims don’t want to murder infidels.

Terrorist groups who use these violent passages to recruit members are extremely ignorant and choose to totally disregard key aspects of their own faith. This is something that has been seen repeatedly throughout history by extremists among all religions, such as shootings at abortion clinics made in the name of Christianity.

Religious texts always have themes of both love and peace and slaughter and war, and the Quran is no different. Religious scholar Reza Aslan made this point by saying, “Islam doesn’t promote violence or peace. Islam is just a religion, and like every religion in the world, it depends on what you bring to it. If you are a violent person, your Islam, your Judaism, your Christianity, your Hinduism is going to be violent.”

Comment: Are you guilty of having misconceptions about Islam, or have you ever been on the receiving end of ignorance about your own faith?

Brussels Terror Attacks: What We Know So Far