If you’ve ever envied the VS Angels, you won’t after reading this.

It’s that time of year again. The Victoria’s Secret 2016 show is approaching, and the buzz is building to see just who’s strutting the runway this year, and what new show-stopping gimmicks will be added to the iconic event.

But before you start preparing to hate yourself as you sit through another televised show, cursing the VS Angels for their genetic luck, you should probably learn what it really takes to look the way these women do every year. It honestly pains me to hear people say VS models have “healthy” or “normal” bodies. There’s nothing normal about what goes into looking like this…

1. The models have to give up their social lives for months before the show and deal with intense stress and low self-esteem. 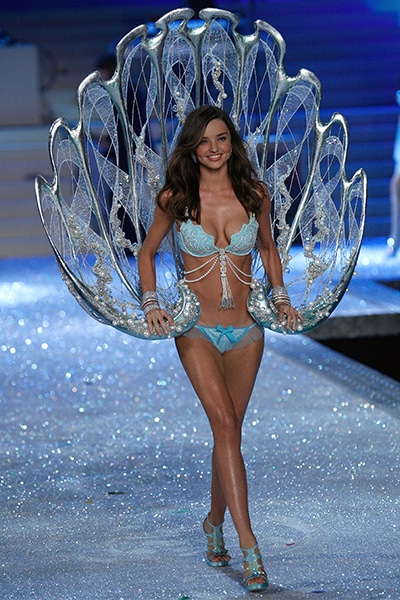 “It’s so stressful before the Victoria’s Secret show,” VS Angel, Alessandra Ambrosio said of the show in 2008.

“There’s so much pressure on us all — not just in terms of shape — and the energy gets sucked out of you. So my favorite thing to do afterwards is dance all night long. We’ll have a pizza party and drink, but I don’t even care that much about the food. It’s about being young, normal and carefree again.”

VS Angel Miranda Kerr has also said of the VS models before, “[They] are some of the most insecure people I’ve ever met”.

2. The show’s body requirements for the models actually put them in the underweight BMI range. 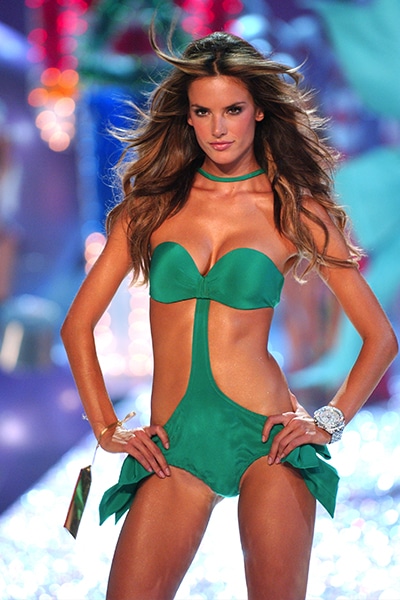 Models must be exactly 5ft 9in with a tiny 24-inch waist and no more than 18 per cent body fat in order to make the cut for the show. To put just how unhealthy it is to physically force the body into those requirements is in perspective, women who fall into the healthy weight range on the BMI chart, have between 21 and 24 per cent body fat, while elite athletes have between 14 and 20; dipping below 20 per cent body fat can place additional strain on your organs and cause health issues including amenorrhea (the absence of a period).

3. Models are body-shamed into unhealthy exercise and diet regimes. 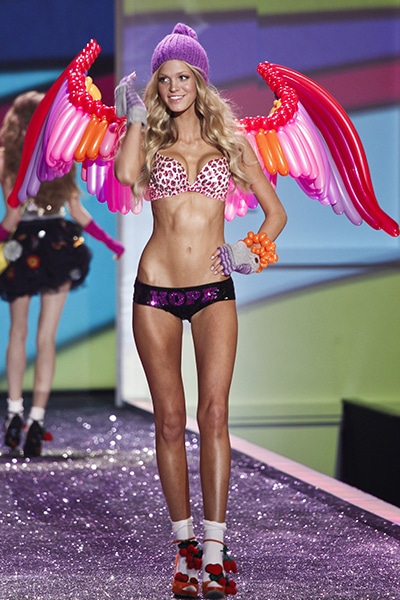 “My last two Victoria’s Secret shows, I was told I had to lose weight,” Vs Angel Erin Heatherton told TIME magazine’s Motto after ending her time as an Angel amid increasing pressure to slim down.

“I look back like, ‘Really?’ I was really depressed because I was working so hard and I felt like my body was resisting me. And I got to a point where one night I got home from a workout and I remember staring at my food and thinking maybe I should just not eat.”

4. Many of them resort to dangerous tactics in order to reach the prerequisite weight before the show. 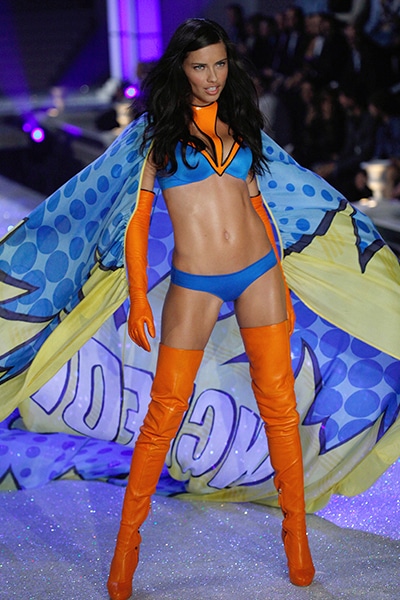 VS Angel, Adriana Lima, famously revealed she went on a liquid-only diet for a whopping nine days straight before the 2012 show in order to shed her baby weight, resorting to stopping even consuming water for a full 12 hours before the show because, she stated, “you can lose up to eight pounds just from that”.

5. Most of the models follow highly restrictive diets for months before the show. 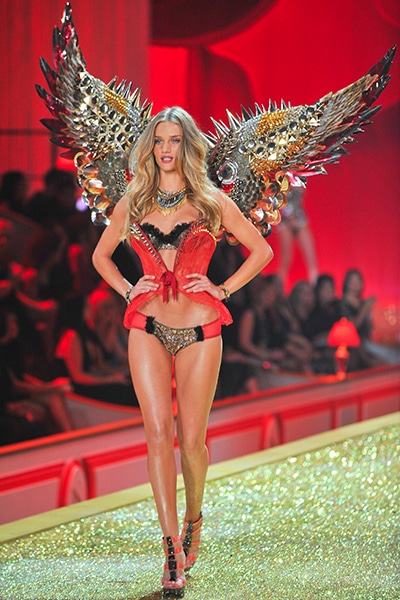 “I’m not gonna lie, it’s been brutal. It’s been a really big challenge….[I had to] cut out sugar, dairy, gluten, and alcohol,” VS model, Rosie Huntington-Whitley told Instyle.

“I was on this 1200-calorie-a-day meal-delivery service that I hated. I couldn’t do that again,” fellow Angel, Alessandra Ambrosio also said of the pre-show dietary prep.

6. The models follow physically torturous exercise routines in order to drop large amounts of weight before the show. 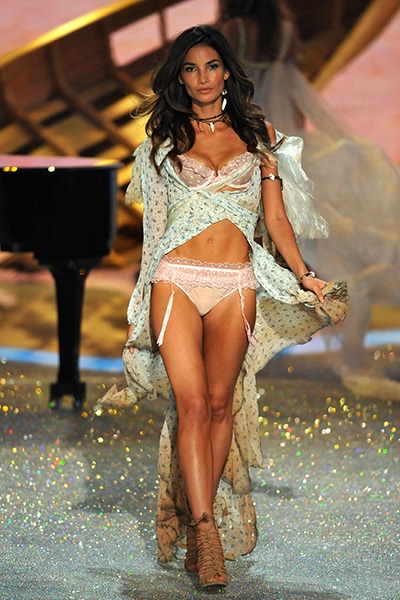 VS Angel Lily Aldridge has admitted to working out twice a day for months before the show in order to slim down, despite attracting comments on social media from fans concerned her tiny build was reminiscent of an anorexic patient, and fellow Angel Martha Hunt has described the intensive equipment she uses to get in shape before every show as “basically a torture machine!”.

7. Most of the models aren’t actually busty at all. 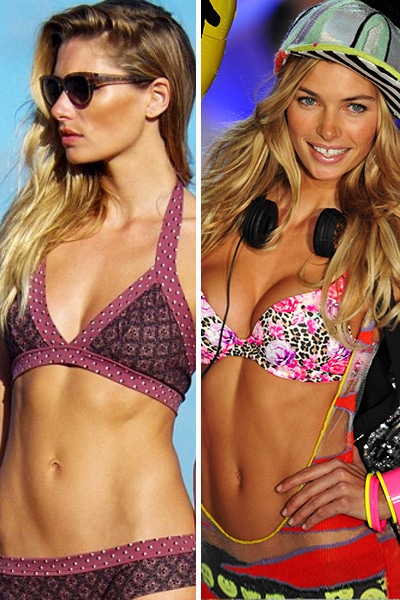 Given their underweight builds, it’s not entirely surprising to learn the majority of the VS Angels have very tiny busts not equipped to fill out the sexy bras flaunted on the catwalk every year, so most of the models are provided with heavy-duty push-up bra inserts and treated to some serious body bronzing and cleavage contouring backstage. 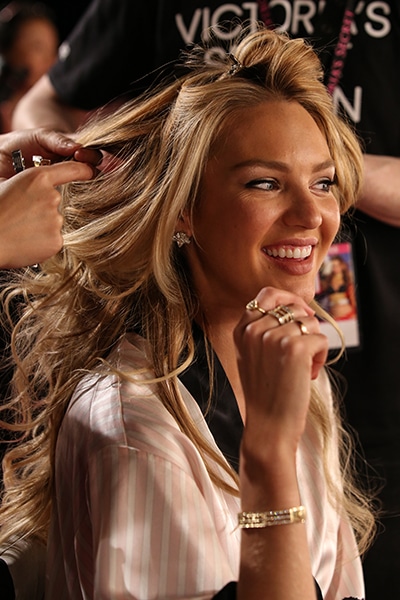 As much as people love to get up on their soap boxes and tout how “Victoria’s Secret models are real women too, don’t skinny-bash them!” the reality is, very little about what we see of these women at the highly-anticipated annual show is real, healthy or normal. (Even their hair and lashes are fake; all models are given extensions prior to the show.)

While there’s absolutely nothing wrong with being naturally skinny, and you should indeed embrace your body if that happens to be you (and likewise, embrace your bod at whatever size or shape it naturally is), there is a lot wrong with applauding the bodies of women who readily admit to putting their physical and mental health at risk by resorting to often dangerous tactics in order to achieve size requirements that clinically fall into the underweight range.

So go forth and watch the VS show this year and enjoy the spectacle, the celeb sightings and the next-level lingerie; but do it with a grain of cynicism, because what you see definitely isn’t reality, nor something any woman should aspire to.

Comment: What are your thoughts on the Victoria’s Secret models? Do you think they’re a good or bad example for women?