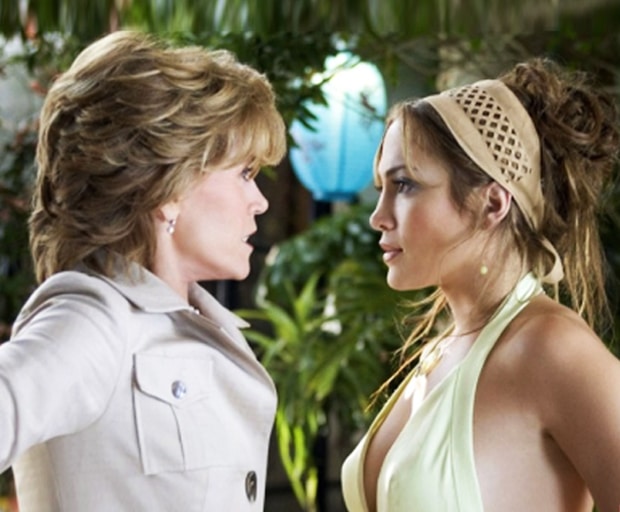 13 Non-Boring Christmas Gifts For The Guy In Your Life

So she’s the devil. You can still be an angel.

I have a friend who dated an orphan when she was in college. To this day, she claims to regret breaking up with him. She says she didn’t appreciate what a catch he was. Never mind that he had no ambition and was kind of a jerk; he didn’t have a mother. My friend could have married him and never had to deal with a -mother-in-law.

Hating your MIL is such a cliché – but clichés are clichés for a reason. Many women struggle with mothers-in-law who constantly belittle and critique them, seemingly for no reason, other than that they don’t like having been supplanted by another women in their son’s life.

So if your MIL seems hell-bent on making your life, well, hell, here are a few ways to save your sanity – and maybe your marriage, as well…

Being constantly critiqued hurts, especially when it’s by someone close to us – or close to the person we love, anyway. It’s only natural to feel wounded. But if your MIL is constantly hurting your feelings, it’s in your interest to learn to be a little less sensitive. Try and let any mean-spirited comments roll off your back.

Just as the Obama family’s motto suggests, you can choose to be the bigger person and not stoop to your MIL’s level if she’s being immature. Don’t let her drag you down and bit back by saying things you’ll regret later. Hold your head high and know that whatever happens, you can feel good about your own actions.

3. Try not to overthink the situation

If you have a history of conflict with your MIL, you may be primed to find offense in every little interaction – even where no harm was meant. So cut yourself some slack and stop deconstructing everything that comes out of her mouth, thinking she’s trying to insult you somehow. Instead, assume good intent.

Psychotherapist and Psychology Today columnist F. Diane Barth reminds us that every family has its own unique history and issues. In other words – it’s not you, it’s them.

“Many problems with in-laws come from parents’ difficulties letting go of their own children,” says Barth. “It can be hard for a parent to make the transition from parenting their child to having an equal relationship with them as an adult.”.

Do you find yourself thinking about your MIL when you’re not actually with her? Do you go for coffee with a girlfriend and spend the entire time talking about your MIL’s latest shenanigans? Stop it. Focus on the good stuff in your life and don’t let her rent a room in your head.

If things are really bad, bow out and ask your partner to be the one to deal with his mother. Just because you married him, doesn’t mean you’re obligated to have a relationship with her. If she can’t be pleasant to you, practice good self-care and let your SO handle her.

7. Firm up your boundaries

Psychologist Susan Newman says dealing with in-law trouble can add a lot of stress to your relationship. “To protect and keep your relationship strong, you have to have diligence in setting boundaries with in-laws,” says Newman. And Barth recommends “setting gentle but firm and consistent boundaries” with your MIL. So decide what you’re willing to put up with, and what you’re not, and then stick with it.

If all else fails, ending the relationship is always an option. As author and educator Dr Yvonne Fulbright writes in the Huffington Post, “You, your spouse, and your primary family have the right to a peaceful existence, with the people in your circle – family, friends, and relatives – being those who are a positive and supportive presence.” She encourages people to protect themselves and their marriages at all costs. “Nobody has the right to make your life miserable,” writes Fulbright.

GIFs via tumblr.com, wifflegif.com, and giphy.com.

Comment: Do you have a mother-in-law from hell? How do you deal?