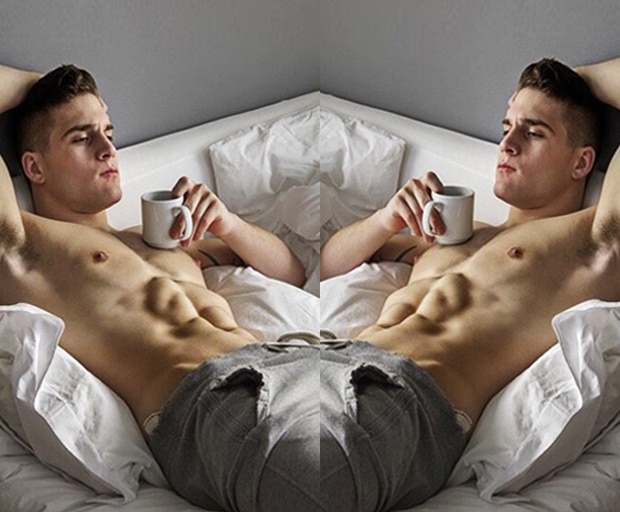 If he’s not even trying, why are you?

We’ve all dated that guy. You know the one – you like him so much, and you’re trying hard to make it work, but it just never 100 per cent feels like he’s into it.

Guess what? If it seems like he’s not trying, chances are it’s because he actually isn’t.

Let’s be honest: we already instinctively know when a guy is really into us, and when he’s isn’t. We make up a million excuses to try and convince ourselves there’s a good reason for his lack of effort, or that we’re not seeing things clearly, when in fact, our gut is telling us everything we need to know.

Dating expert Matthew Hussey says it’s important to know the difference between a guy who’s chasing you and a guy who’s playing you. A guy who’s chasing you is actually into you. But a player is only interested in stringing you along with the minimal amount of effort required to keep your hopes up in order to stroke his own ego; Hussey coins this type of man a “Minimum Possible Investment guy” – otherwise known as an MPI.

“This is the man who comes in strong, shows lots of interest, and then disappears. Except, he doesn’t quite disappear. He still pops up now and again with an intermittent text at random intervals to make sure that you can not forget him. It’s the minimum possible investment he can give to keep you hanging on,” explains Hussey on his cult blog, Get The Guy.

You don’t want to date an MPI guy unless you, too, are just in it for some fun. So if you’re looking for a real relationship, move on. But how do you know you’re dating an MPI guy? Here are eight telltale signs…

1. He only ever texts you to hook up

If his main form of communication with you is the post-10pm, ‘Wats up?’ text, you know what he wants. Maybe it’s Netflix and chill, and maybe it’s not even that. When a guy always texts you after a certain time of night, chances are, he was probably already out earlier, possibly with the girl he’s actually into, who wouldn’t go home with him, and is now looking for some quick and easy relief. So before you text back a flirty emoji, ask yourself: do you really want to be his second string?

2. You haven’t met any of his friends

Have you ever been seeing a guy, and you’re out somewhere with him, when he runs into his friends, and it’s clear they have no idea who you are?

That means not only has he never bothered introducing you to them, it also indicates he doesn’t even talk about you to his friends, which is what guys tend to do when they really like someone. It’s not just awkward, it’s humiliating. Don’t be the person who puts up with that. Ditch him.

Listen – you don’t have to sleep with a guy just because he buys you dinner. Obviously. But on the other hand, please don’t sleep with him until he’s bought you dinner. Feminism, yeah, yeah… I’m a feminist, you’re a feminist, we’re all feminists and not afraid to say it.

But still. If you’re looking for a real relationship, your prospective partner should at the very least be attempting to take you out on actual dates, typically the kind involving him buying you a drink or a bite to eat. If the closest you’ve gotten to a meal together is him ordering in pizza and then immediately splitting the bill, it’s a surefire sign he’s not really invested in having a relationship with you.

4. You’re always the one who suggests getting together

This is a big dating red flag. When you go out, whose idea is it? Matthew Hussey says a guy who’s truly interested in you will suggest meeting up and actively try to schedule dates. So at the early stages of seeing someone, it’s important to sit back and let him do the work.

If in fact, you’ve taken the reigns and been the initiator of all your catch-ups so far, it’s a clear indicator that you’re chasing him, not the other way around. So stop what you’re doing and give him a chance to be the initiator. If he falls off the radar, then he’s definitely an MPI guy.

5. He looks like a slob when he’s with you

When he shows up to see you, has he shaved? Did he put some thought into his outfit? Or slap on some cologne to smell nice for you?

Sure, most men are a little naturally slovenly (sorry, guys), but a guy who likes you will at least try to clean up and look nice for you. Forget how cute he looks in his grungy workout clothes and three-day stubble: if you put on lipstick and fixed your hair for him, and it’s questionable whether he even showered before he rocked up to see you, he’s not really invested in winning you over.

6. You feel nervous about the relationship

Where there’s smoke, there’s fire. If you think something isn’t quite right – whether it’s for of one of the above reasons, or it’s something else – don’t ignore your gut feeling. Part of making an effort in a relationship is making an effort to put you at ease and make you feel secure.

If he’s not doing that, he’s already let you know that he’s an MPI guy, which means you’re never going to make it onto his priority list.

When you’re together, it’s all about him. He goes on and on about his crazy day at work, but never asks you how your day was. When you talk, he tunes out. He can’t remember your cat’s name, or the fact that you’re allergic to shellfish.

This is a guy who’s all take and no give. It’s not that he doesn’t seem to care about you; it’s that he actually doesn’t.

8. You feel bad about yourself

The worst thing about dating an MPI guy is that after a while, it starts to erode your self-esteem. If you feel bad about yourself, like you’re not worth making an effort over, you could be veering into toxic relationship territory.

Never forget this simple fact: you are so worth making an effort for, so don’t sell yourself short. The right guy will make you feel beautiful, smart, funny, and irresistible. He will chase you, not play you.

“If you have an MPI guy in your life, it is time to get ruthless and cut him off, because he is stopping you from meeting the world of guys who actually have potential,” reinforces Hussey.

So see that MPI guy for what he is, and kick his ass to the curb so you have more room in your life for something special to come along. And to avoid accepting applications from future MPIs, check out Hussey’s hilarious video demonstrating just how crazy letting this type of man into your life really is, below…

Comment: How can you tell if a guy just isn’t that into you?