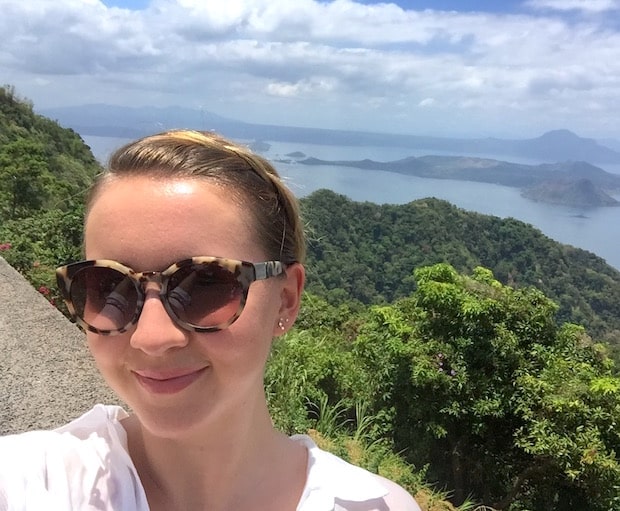 How Stress Is Making You Fat And Sick

It was an unforgettable trip.

I had never gone too far from my comfort zone when traveling. Having grown up in Germany, I had seen all major European cities by the time I turned 18, and in my early twenties went on to frequently holiday in the US and Australia. All amazing places, but arguably all similar ‘westernized’ first-world countries.

Last month saw me step out of my beloved travel comfort zone when I made my way to a place I never thought I’d visit – that is, until I married a man whose family lives there. Yep, I embarked on a two-week trip to the Philippines.

Sure enough, it was the craziest holiday of my life. From eating rice three times a day to pumping water from a well in order to take a shower, it was back to basics for me. Now I know there is a completely different world out there just waiting to be discovered. 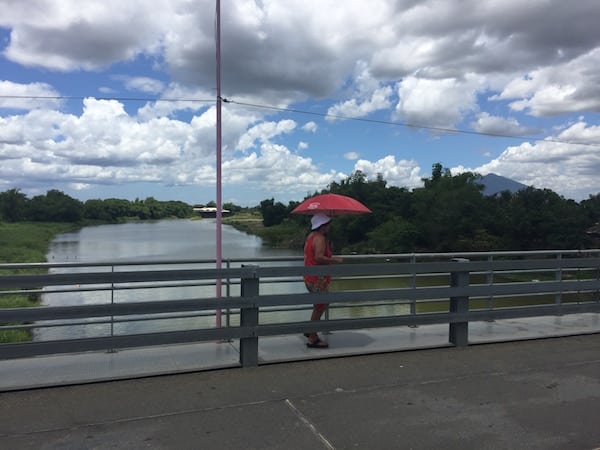 You might think I’m stating the obvious with this – after all, the Philippines is in a tropical climate zone – but just know it’s hotter than you think it’ll be. Remember the hottest day you’ve ever experienced and add 10 degrees. In summer, temperatures in the Philippines often rise over 40 degrees celsius (104 degrees fahrenheit), and it doesn’t cool down at night. It’s so hot that you can’t go outside without an umbrella to protect yourself from the sun’s sharp rays. Generally people stay inside the air-conditioned shopping malls whether they want to buy something or not – they even have a word for it: ‘malling’.

2. You will eat rice every day 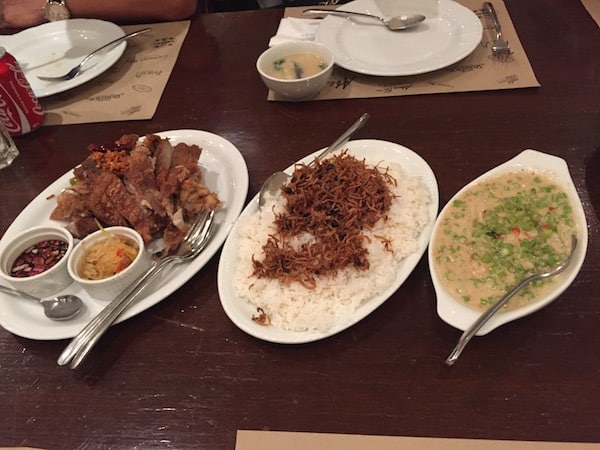 Filipinos love rice. In fact, they eat it at least three times a day – and even their desserts are made with rice (try biko, a delicious coconut rice cake). For breakfast, garlic rice and fish is popular, while lunches and dinners most likely consist of steamed or fried rice with meat. Their love for rice is so strong that the term for dishes that don’t include rice (‘papak’) is seldom used. 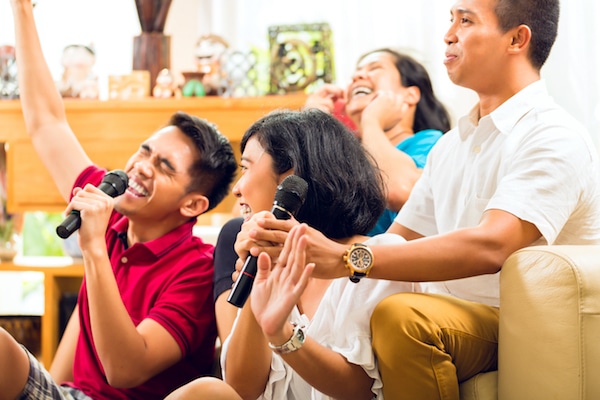 I always thought karaoke was only big in Japan, but when literally every home I was invited to in the Philippines had a karaoke machine, I quickly realized Filipinos are very serious about singing. This became even clearer when we went to a national park in the middle of nowhere, surrounded by waterfalls and lush nature, and there were karaoke machines available for rent at the entrance. Sure enough, I soon heard not only the sound of water crashing down the waterfalls, but also the voices of several families giving their best Mariah Carey impressions. 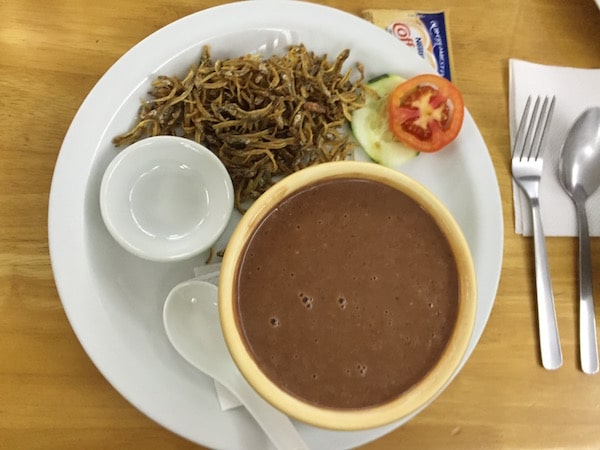 When I was on the plane to Manila, lunch was served with a spoon and fork. I soon learned this wasn’t a security measure as I had first assumed, but common practise in the Philippines. Forget cutting the meat on your plate – instead tear it apart with your spoon and fork. No-one has been able to tell me exactly why knives are regarded as superfluous in the Philippines and some other Asian countries, but most seem to think there is simply no need for it as most meat dishes are cooked in a way that doesn’t require cutting (stir-fries and such).

5. The elderly are well-respected 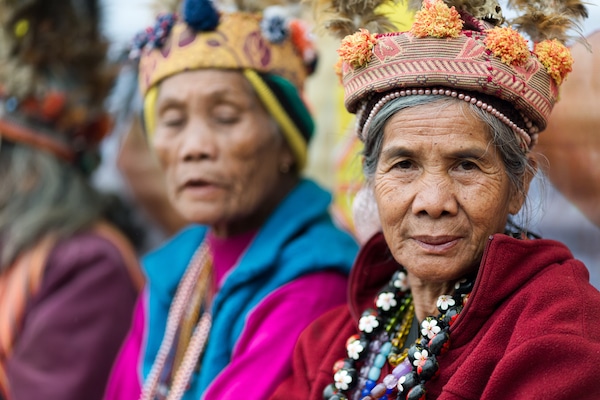 In most countries, being a senior wouldn’t exactly be regarded as desirable unless you have a really good retirement plan. In the Philippines, however, seniors get special treatment in almost every situation. In restaurants and some shops, Filipino senior citizens get a 20 per cent discount on their purchases. There are senior checkout counters in supermarkets, senior train carriages, and even special gestures to use when greeting an elderly person. I was impressed by the amount of respect seniors received, and I truly believe it improves everybody’s quality of life. 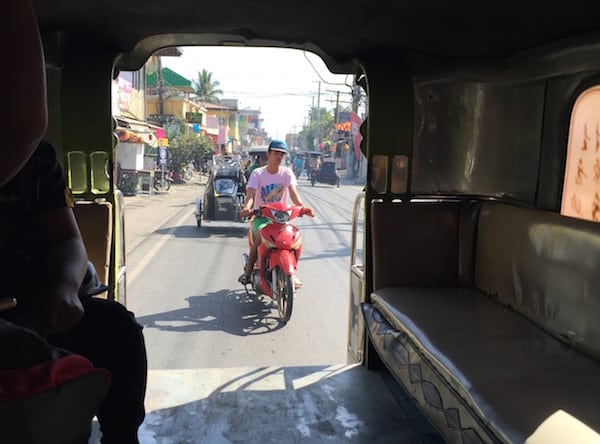 Manila is one of the most densely populated cities in the world, and the traffic shows it. I was warned about the stop-and-go chaos beforehand, but when it took five hours to travel 49 miles, I was still very frustrated. There are no rules, lanes only exist in theory, and obeying traffic lights is optional. This attitude, combined with roadworks and large amounts of people trying to get from A to B, results in utter chaos. Trust me when I tell you to make your way to the airport very early or, even better, stay in Makati, the ‘rich’ part of Manila, just a few miles from the airport.

7. There is so much to be seen off the beaten track 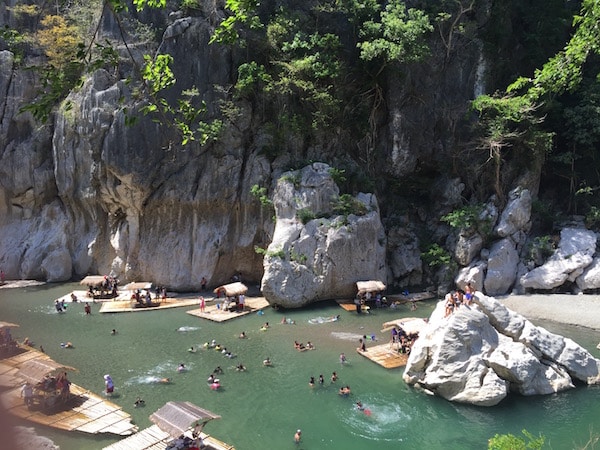 As a tourist, it’s hard to find the really good stuff unless you have a local with you. With my mother-in-law being Filipino, I was lucky enough to be taken to locations in the middle of nowhere that I would have probably never found on my own, so here’s a hidden gem I’d like to share with you: Minalungao National Park. Located a few hours north of Manila, it provided one of the most stunning landscapes I have ever seen. A turquoise river nestles through large rock formations so big you all of a sudden feel very small. You can spend the day on a bamboo float on the river, or explore caves and enjoy walks to the mountain top.

8. The American influence is strong 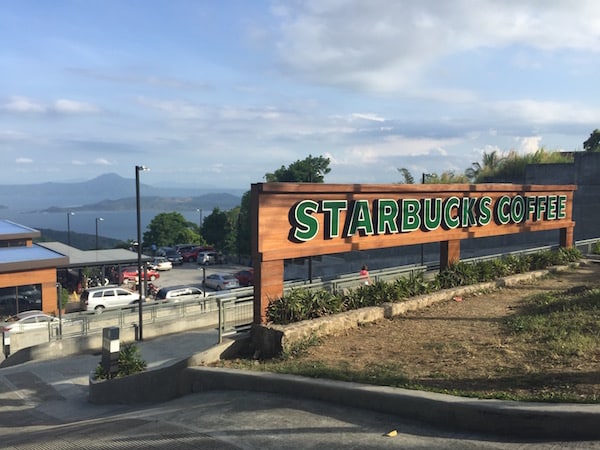 After being part of the Spanish Empire for more than 300 years, the Philippines was governed by the US for about 40 years at the start of the 20th century. The influence America has had on the country is undeniable: you’ll find a Starbucks at every corner, huge shopping malls with mostly American brands scattered across Manila, and almost everybody speaks English.

9. You should definitely take your own toilet paper 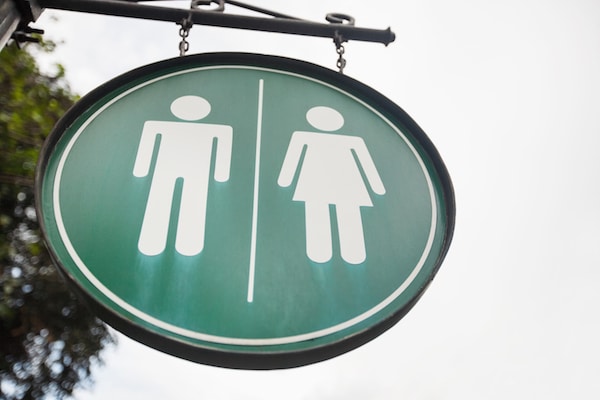 Public restrooms, or ‘comfort rooms’ as they call them in the Philippines, hardly ever provide toilet paper. And by that I don’t mean they ran out of toilet paper, I mean they don’t even put toilet-paper holders in the stalls. I had to learn this the hard way and I’m still very annoyed about it. So make sure you carry tissues with you wherever you go, unless you want to end up begging strangers for a square like I had to.

Comment: What’s the weirdest thing you’ve encountered on your travels?