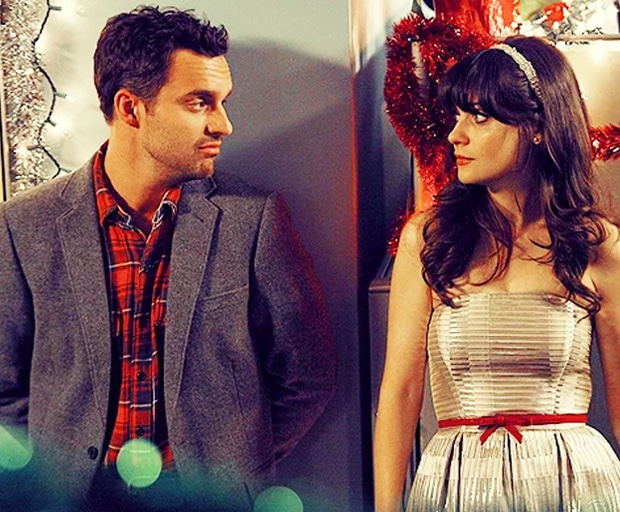 These Are The Best Face Masks For Literally Every Skin Dilemma

No, really. He LIKES you.

It starts in grade school, the first time you pass your best friend a wadded-up note in class, with a checklist that reads something along these lines: Do you think he likes me: (a) as a friend (b) as more than a friend or ( c) not even as a friend. Circle one!

At some point, passing notes turns into deconstructing text messages and gossiping over cocktails to determine if he’s into us, or not really that into us, because we never really grow out of it. We aren’t afraid to call ourselves feminists, but that doesn’t stop us obsessing over whether or not boys like us, even well into our adult years, when we hoped we’d be above that sort of thing.

When it comes right down to it though, men are not that complicated. When they like someone, it’s usually pretty clear. The problem comes when we second-guess ourselves endlessly, doubting what’s right in front of our eyes and trying to read between lines that were never there in the first place.

Here are nine unmistakable signs he really likes you…

1. He texts you back

You don’t have to play that game where you hide your phone from yourself because you’re going crazy staring at it, wondering if he’ll text you back, because a guy who likes you always texts you back.

Yeah, he lives on the other side of the city from you, and his office is in the opposite direction from your apartment, but he still stops by to grab a cup of coffee with you before work because it’s nice to see your face, even for 15 minutes.

3. He doesn’t get discouraged

Your schedules totally clash and you’re in the middle of a family crisis and you keep picking fights because you’re freaking out – but a guy who’s invested in you will keep on being there for you, no matter how much you try to push him away.

4. He listens to you

A guy with a killer crush will send you a copy of the book you mentioned wanting to read, ask how your brother is doing, and know how much you love karaoke – because he listens to you.

5. He tells you about his day

A guy who’s truly into you never calls at midnight to ask what’s up. He calls on his lunch break to ask how your day is going, and right after work to tell you about his day, and sometimes in the morning, just to say hello.

6. He doesn’t care what anyone else thinks

Maybe his best friend isn’t crazy about you, or you’re not the kind of girl his parents imagined he’d bring home. Doesn’t matter. When a guy likes you, he’s not worried about whether anyone else approves; he’s too into you.

If you want to have sex with him, he’s way into it. But if you want to wait, that’s okay too. When he’s really serious about you, a guy doesn’t pressure you to move any faster than you’re ready for.

8. He talks about the future

Okay, no one’s talking about weddings and babies and growing old together (yet) but he bought concert tickets for the two of you for a couple weeks from now, and he wants to make plans for your birthday next month. This obviously isn’t a one-night stand.

9. You don’t have to wonder if he likes you

Look – if he really likes you, it’s going to be obvious sooner rather than later. If you feel happy around him and not anxious, if you’re comfortable with him and not uneasy, if he doesn’t play games, always shows up and is good to you, he likes you. And probably, he tells you so.

And why wouldn’t he like you? You’re pretty great. So stop second-guessing yourself already, and enjoy the ride.

Comment: How do you know a guy is really into you?