Ehsan Abdulaziz was found not guilty after pleading he accidentally tripped and fell into his victim’s vagina.

A 46 year-old Saudi millionaire has been acquitted of rape after he claimed he tripped, “fell down” and accidentally penetrated a sleeping 18 year-old woman with his erect penis.

Ehsan Abdulaziz had met his victim and her 24 year-old friend (with whom he was already acquainted) at the exclusive Cirque le Soir nightclub in London’s West End on August 7 last year. Abdulaziz invited the pair back to his apartment. Eventually, he retired to the bedroom and had sex with the 24 year-old, while her teenage friend slept on the couch.

However, the 18 year-old claimed she awoke in the early hours of the morning to find Abdulaziz on top of her.

“She woke up with the defendant kissing her and [being penetrated],” prosecutor Jonathan Davies told the court.

“She said: ‘What are you doing?’ and he said ‘It’s fine’, indicating that her friend was asleep. She got up to find her friend, tried to wake her but couldn’t, so she then tried to get out of the flat as quickly as she could.”

Obviously, Abdulaziz was facing some pretty strong allegations. However, the 46 year-old put forward a rather bizarre defence; that he quite literally ‘fell’ into her vagina.

Funnily enough, this was actually not Abdulaziz’s initial story. Upon his arrest, he told police the teenager had pulled him on top of her, and had pushed his hand between her legs. However, when semen was discovered in the victim’s vagina, Abdulaziz decided to change it up. 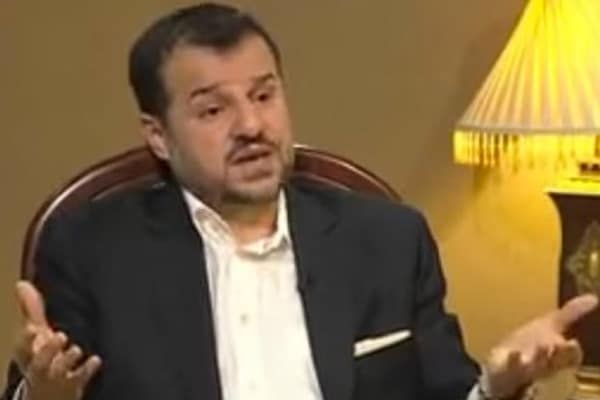 During the second police interview, the property mogul stated he had gone into the living room to offer the teen a T-shirt to sleep in, or a taxi ride home. However, he stated he’d fallen on top of her when she allegedly put her hand behind his head to seduce him, and considering his penis was apparently still erect from his previous sexual encounter, had managed to accidentally penetrate her. As for the semen in her vagina, he claimed he may have had some in his hands, which somehow managed to transfer into the 18 year-old.

Horrifyingly enough, after only 30 minutes of deliberations, the jury acquitted Abdulaziz of the charge.

Huh?!? Every person on the planet who has engaged in vaginal intercourse knows it takes much more than a fall to successfully penetrate a woman’s vagina. There are certain, er, logistics involved; movement, speed, pressure, leg-positioning, and so on. It’s not like Alice falling down the rabbit hole. So how, how, considering what the actual physical act of penetrative sex inherently involves, could a jury possibly think “I fell” is a sufficient defence? Perhaps the jury should have watched this video on how consent actually works before making their deliberation?

This disturbing case highlights how uncomfortably prevalent rape culture is, reinforcing the idea that if a woman gives any indication she is even a little bit interested in a man sexually, she must be up for sex, so the rape couldn’t have happened because that’s what she wanted, right? She didn’t say no, so she must have meant yes.

It boils down to this. Even if the teenager had, in her near-comatose state, given Abdulaziz a slurred invitation, it should have been glaringly obvious to him she was in no mindset to consent to sex. But for men like Abdulaziz, a mumbled come-on from a near-comatose schoolgirl is consent enough.

Adding insult to injury, Abdulaziz’s defence that he “fell” into his victim’s vagina uses the same logic as a burglar insisting he didn’t rob a cash register because he had sticky fingers and tripped over the counter, accidentally running out of the shop with a bunch of cash stuck to his hand.

So why was it able to fly at all? Because, despite how far we’ve come as a culture, we live in a society in which the victim is asked what she wore, said or did to provoke her attack. In a time where the saying ‘boys will be boys’ excuses young men calling their female classmates ‘sluts’ and ‘bitches’ and from an ideology that says if a woman is drunk, any unwanted sexual advances toward her are ultimately questionable. Perhaps what’s most stunning about this case isn’t that Abdulaziz was bold enough to use the defence of falling into his alleged victim’s vagina, but that, by virtue of his gender, he was ultimately able to walk away scot-free.

Comment: Do you think Abdulaziz should have been acquitted for rape?