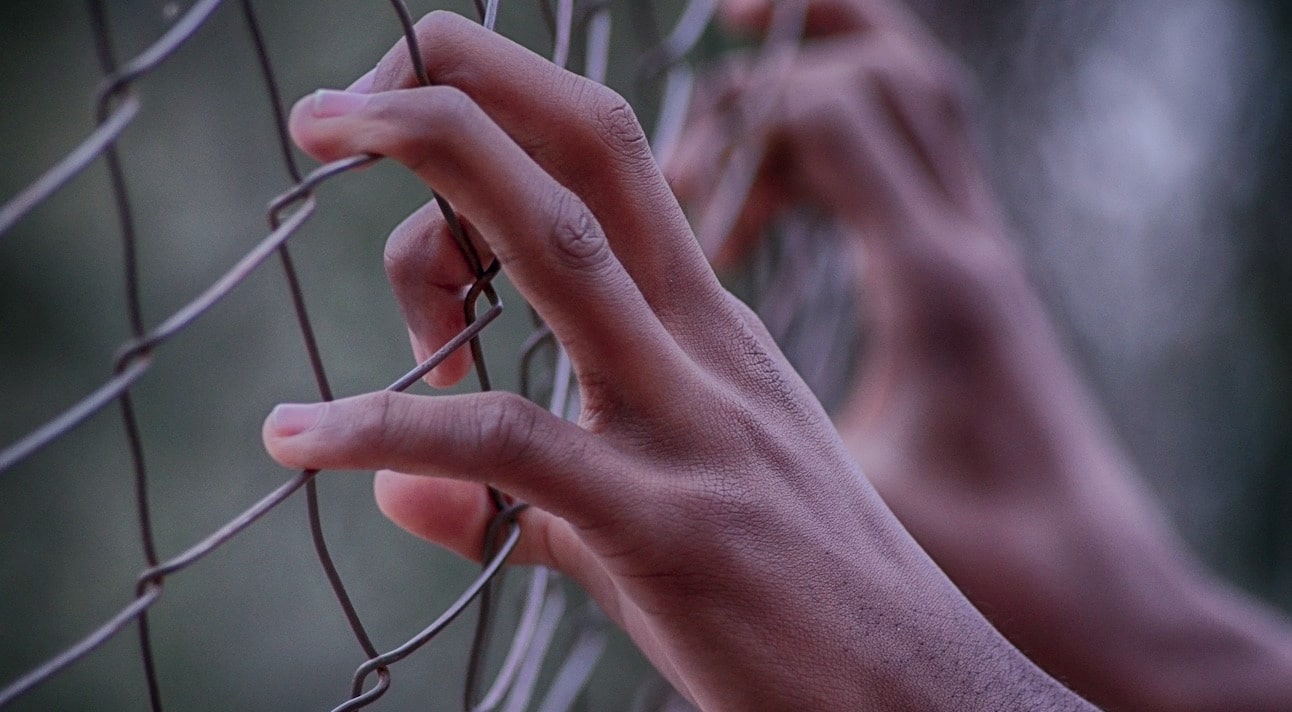 7 Ways To Get Your Sex Life Back After A Hysterectomy

The trauma from parental incarceration can have a profound impact on families.

Deanna Morris never arrived to pick up her son from school that fateful day because she was already sitting in jail, arrested that morning for her second DUI.

When she was released from Massachusetts Correctional Institute — Framingham — almost two months later in April 2008, Ms. Morris, now a 38-year-old mother and general manager of a restaurant in Wakefield Massachusetts, couldn’t wait to see him, but the reunion was nothing like she anticipated.

“When I first saw him, he was hesitant to hug me; he said he thought I was dead. It was the most heart-wrenching moment of my life.”

Even when incarceration is not lengthy, the trauma of being separated can be profound.

Ms. Morris’s ex-husband now had custody of her son, and she agonized over how she could rebuild their relationship. Ms. Morris began treatment for her alcohol abuse and joined a local women’s support group.

It was in that group where Ms. Morris connected to other formerly incarcerated mothers who were also trying to reconnect to their families and the bonds she built there had a profound impact on her recovery.

“I met others struggling with addiction who were reconnecting with their children,” Ms. Morris said. “I saw that this was possible, this group inspired me to stay in recovery. I felt guilty for all the things I had missed out on because of my drinking — reading to him at night, parent-teacher conferences, watching movies — but through my recovery, I became really present in his life.”

The result was a much stronger relationship between them. “Instead of being consumed over when I could have my next drink, I was making sandcastles at the beach, playing with him.We were really connecting in a way we had not been able to before” Ms. Morris said.

Ms. Morris has now been sober for six years.

Parental incarceration may affect children differently than other types of separation because of the stigma associated with prison and the unpredictable nature of the criminal justice system.

The rate of incarcerated mothers, like Ms. Morris, has grown significantly in recent years — with imprisoned women rising 700% from 1980 to 2014, largely due to tougher drug sentencing, post-conviction obstacles, and the growing opioid crisis.

The Prison Policy Initiative, a non-partisan group that researches mass incarceration, reports that jail will keep 2.3 million mothers separated from their children this year — 80% of them were the primary caregivers to their children.

The trauma from parental incarceration, especially when that parent is the primary caregiver, can have a profound impact on families.

Parental incarceration may affect children differently than other types of separation because of the stigma associated with prison and the unpredictable nature of the criminal justice system. Postponed court dates, awaiting trial and sentencing, for example, often leaves families guessing about how long the separation will last.

Given these significant issues, when imprisoned parents reunite with their children (not all do), it can be challenging to rebuild and heal from the separation. Their ability to reconnect often depends on many different factors — the types of contact they had during the incarceration, the nature of the relationship before the separation, who cared for the child in their absence (whether they were with family or in foster care), and the types of support and treatment the family may have before and after they reunify.

Post-prison programs can be particularly important in rebuilding the parent-child bond. The National Resource Center for Children of the Incarcerated reports that there can be many stressors during the critical post-release period. Parents can feel ashamed for being away and children often feel they were abandoned and may be apprehensive that their parent may leave them again. Other issues like obtaining employment, housing, and medical and mental health care can also be very challenging for a newly released parent.

When the parent is incarcerated for a prolonged period of time, research indicates that the family may struggle to transition from the person who cared for the child during the imprisonment to the newly-released parent.

Meghann Perry, now 45, remembers all too well the freezing, overcast April morning in Portland, Maine when she was arrested for a non-violent infraction of the Maine Drug Court program that she was enrolled in.

Ms. Perry stood in the cold, desperately wanting to hold her seven-month-old daughter, but her hands were in handcuffs, an officer watching her every move, as she waited for a family member to pick up her baby so she could be taken to jail.

“My mind was racing as I stood there worrying about what would happen to my daughter and when I would be permitted to see her again,” Ms. Perry recalled.

After this arrest in 2002, Ms. Perry was in and out of jail and treatment for several years, which resulted in Ms. Perry’s mother taking custody of her daughter.

Ms. Perry reports that the rebuilding period began in 2009 when she entered her last in-patient treatment program. Ms. Perry successfully completed this program, stayed sober, and in 2011, she regained custody of her then 10-year-old daughter.

“I was so grateful and relieved to have her back, but there was a lot of trauma from our separation that we had to work through,” Ms. Perry said. “I tried to have contact with her whenever possible, especially in that last treatment program. But in many ways, in order to survive being separated from her, the pain of that was so intense, I had to disassociate from what was happening, it was the only way to get through it. Now that we were together again I knew I couldn’t do it alone.”

During this critical period, Ms. Perry began seeing a therapist while her daughter started art therapy. Ms. Perry also made sure that they did various activities together, especially drawing, coloring, writing, and Picto-Beads to help them reconnect. They shared a love of animals, and often drew pictures together of horses and made collages.

“Art-based activities became a way for us to release the pain with our hands,” said Ms. Perry, who is now a certified addiction recovery coach in Boston.

She also teaches storytelling through a local non-profit to help those in recovery share their experiences.

“Telling your story and taking the shame out of it can be a powerful release for trauma survivors and helps families heal together,” Ms. Perry said.

For some mothers, the support they received before their release helped them to reconnect with their children.

One of them is Dunasha Payne, a 27-year-old mother who spent six years at Bedford Hills Correctional Facility in New York for manslaughter in the death of her boyfriend. Ms. Payne reports that she was initially facing a much longer sentence and she worried she might not see her daughter for decades, but maintains that his death was an accident (there was a reported history of domestic violence in their relationship) and ultimately served six years.

Ms. Payne, who was released in December 2018, participated in a prison program called Rehabilitation Through the Arts (RTA), a non-profit organization that brings acting, writing, music, and improvisation to incarcerated women and men, and helps them develop critical skills they can use when they are released.

“RTA was life-changing for me,” Ms. Payne said. “It helped create a new mindset, change my perspective and let me express myself through the arts.” Ms. Payne participated in different performances. “The Wiz” is one of her favorites, where she played different roles like Glenda the Good Witch and Toto.

Her daughter, now nine, was able to attend her performance and received a DVD of the play to take home.

“My daughter had a little premiere party at home after seeing me in “The Wiz” and was excited to show people my performance in the play” Ms. Payne recalls. “This program helped keep us connected. I wish more prisons and other states had programs like this.”

For many of these families, the services they received was the driving factor in being able to reconnect.

The Annie E. Casey Foundation, a non-profit organization that works with at-risk families, reports that to effectively and safely reunify, more support is needed both in prison and after a parent’s release.

“The trauma can be overwhelming, but when there is help, when families are not so alone in this, they can make a lot of progress” shared Ms. Perry.

Some states, such as Michigan, Kansas, and Washington have created programs aimed at helping incarcerated mothers and fathers connect with their children.

In New York City, the Children’s Museum of Manhattan began a program in 2018 where incarcerated mothers can visit with their children at the museum when it is closed to the public. The program aims to mitigate some of the separation trauma and give families a healing, art based space to reconnect.

These types of programs can have a profound impact on families while they are separated, but many states do not have them.

“Adults can make mistakes — I told my daughter this when I was incarcerated” Ms. Payne said, “but these support programs are crucial in helping us rebuild. You see the change, you can begin to plan for your future, you feel hope for your family.”

Follow us on Twitter & Facebook and check out these related stories:
As A Former Prisoner, I’m A Living Witness To The System’s Flaws
Women In Prison Are Denied Their Humanity
Why We Need Systemic Reform In Women’s Prisons—And How We Can Do It