5 Tips for Eco-Friendly Beauty on a Budget 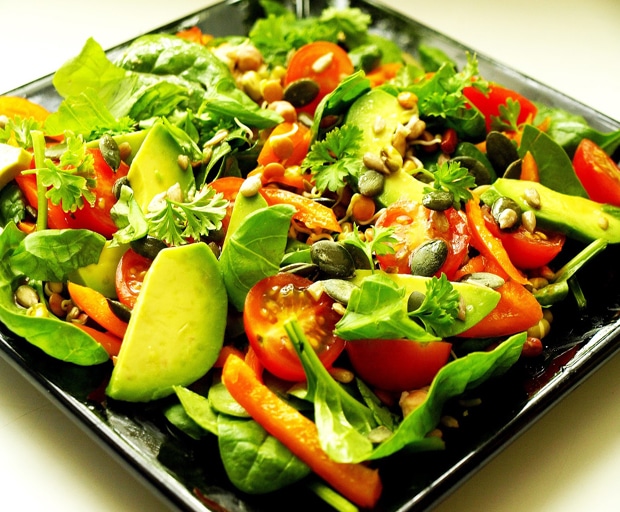 A Guide To Paraben-Free Cosmetics

A fairly new diet plan hitting the scene, the alkaline diet is designed to change the body’s pH levels in order to lose weight. The outlines of the diet program state that by consuming foods such as dairy, meat, natural sugars and vegetables, acid is created in the body which alters the state of the blood pH levels. A strict diet of most fruits, vegetables, nuts, seeds and legumes are highly suggested since they balance out the bloods pH levels, while cutting out any foods which are triggers for food allergies.

The Alkaline Diet works off the notion that after certain foods and ingested, they produce acid which could not only lead to obesity, but alter the body’s pH levels. Foods which normally produce acid include processed foods, dairy and meat. On the other hand, when fruits and vegetables are ingested they turn alkaline.

While the diet is wildly known for it’s strict food program, there have been a number of studies conducted which highlight it’s many health benefits. While the diet maintains that users are discouraged from consuming acid producing foods such as meat and cheese, studies have shown that this could help prevent painful kidney stones, improve cardiovascular health, boost brain function and even help muscles and bone strength.

What can you eat?

Natural foods such as fruits, vegetables, legumes, seeds and nuts are encouraged since they all produce a large amount of alkaline once consumed. Dairy, meat, grains as well as processed foods are to be kept to a minimum since they can interfere with good health because of all the acid they produce.

Unlike most other diets or long-term eating plans, exercise isn’t a contributing factor won’t make you lose weight any faster. Generally many foods are already off limits which makes it easier to lose the weight without a large amount of physical exercise. Of course light exercise is encouraged even if you aren’t a part of the eating plan, but it seems as though the plan does not rely solely on it.

If you do make the switch or want to try out an acid-alkaline diet for a few days, here is what you could expect to be eating.

Dinner: Fish, chicken, turkey or other meat served with sweet potato or salad.

The Alkaline Diet is known to give fantastic results if users stick to the strict eating plan. It caters for vegetarians, vegans and coeliac’s since dairy, meat and wheat products are off limits. However, it is an eating plan which is quite strict and would prove to be a problem if you choose to follow this for the longterm. But as with any diet or eating plan, if you don’t adhere to the rules, you don’t see the results.

Here’s Why You Bruise So Easily

What I Learned Growing Up Being The “Skinny Bitch”