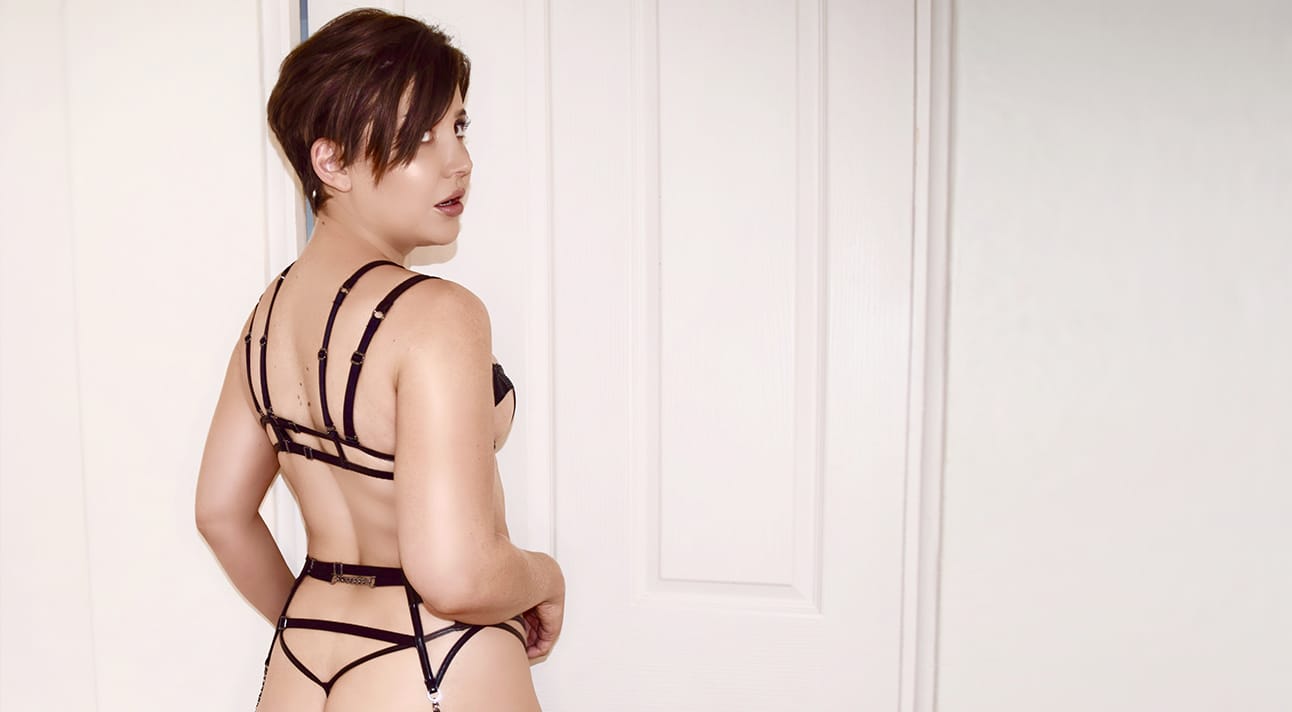 Spoiler alert: it was exhausting, and my boyfriend was genuinely confused.

Last week I embarked on what was quite possibly my most daring journalistic experiment yet: trying the baffling new ‘naked bra’ trend.

If you’re yet to be assaulted on your social media feed by images of Insta models showing off this seemingly utterly impractical look, it’s basically a new way for lingerie designers to charge more money for providing less fabric than ever before, because, fashunnn.

And yes, my curiosity got the better of me and I bravely decided to put my body through the ultimate form of torture and adorn a set of underwear that looked more like something you’d find on a Christmas ham than it did fit for an adult human.

Twenty minutes, many expletives and much fumbling later, I finally had my new stringy-thing on. I was surprised by how sexy I felt in it, given the amount of stress wrestling it onto my body had induced.

I did a little twirl in the mirror, admiring the way the fine leather straps and chain framed my rear. Feeling a rush of excitement at how it made me look like some sort of dungeon mistress, I confidently revealed my new look to my boyfriend.

Unfortunately he was less enthused, and more confused.

“How am I supposed to get in there?” he asked, as though he’d been presented with one of those meals at a fancy restaurant one is not really sure how to eat, or which cutlery to use to do so.

Regardless, I was feeling decidedly empowered in my minxy new ensemble, and so committed to wearing it for the rest of the day. A few hours later, I was less empowered and more chaffed – the dainty straps perpetually slipping into places they did not belong.

“You sound upset, is everything okay?” my mom asked when she called later that day.

“It’s just this new underwear. It’s kinda digging into me,” I answered.

“Why don’t you just take it off then?” she shot back, matter-of-factly.

But I was committed now. Like that lemon and cayenne pepper cleanse I signed myself up for back in the early 2000s when Beyonce had made it cool.

A couple of days – and a gentle hand wash – later, I tried wearing the set again, this time convinced it would be much more comfortable, now I’d broken it in and washed it. (Though I was too terrified to see how knotted all the straps and chains would become inside my washing machine, and so rinsed it by hand over the sink instead).

Admittedly, the second time was much less awkward than the first. By now, my body felt accustomed to having straps in unusual places, and I spent far less time readjusting it throughout the day.

I also learned an important lesson that night: Men will conquer just about any challenge when sex is on offer. My boyfriend quickly figured out the complex system of latches and pulleys when I joked we could have sex if he could get me out of it.

Comment: Would you brave the new ‘naked bra’ trend?

Tales Of A F*ckgirl: I Wore Edible Panties For 24 Hours

The Perfect Lingerie And Sex Toy For You, According To Your Zodiac