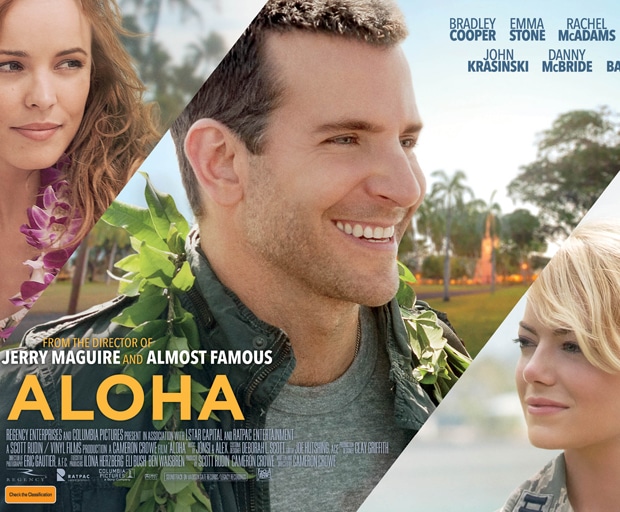 Ignore those bad reviews: Aloha is well-worth both the cinema experience and your hard-earned money. So much so, it’s beyond me how anyone could despise this sweet, heartfelt, engaging and thoroughly entertaining film.

What’s more, the romantic drama has a kick-arse soundtrack, a top cast, a stunning backdrop in the form of Hawaii; and well-rounded, likeable and charismatic characters you can’t help but fall in love with – indeed, all the signature hallmarks of another great Cameron Crowe flick. The Academy Award-winning writer, director and co-producer on Aloha has also given us other great films to remember, such as the iconic Jerry Maguire and Almost Famous.

What is NOT to love about this amazing cast?! Bill Murray’s hilarious, suave performance is reason enough to pay the admission fee for Aloha – what genius casting right there. Having said that, I also really loved stand-out actors such as Stone, Baldwin, Krasinski and the very easy-on-the-eyes Bradley Cooper, who actually surprised me with his versatility and likeability in this film. 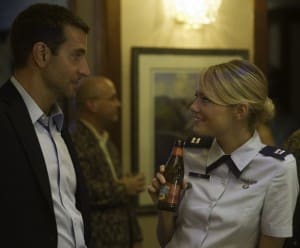 The movie is essentially a ménage a trois of sorts: a love triangle, if you will. But it’s also about second chances at life; the true meaning of family and friendships; and why staying true to yourself and your convictions always pays off.

I took my best friend of 20 years with me along to see this film at a premiere and both of us loved it from start-to-finish. I was on some serious antibiotics at the time, but I enjoyed a great, heartfelt banshee cry midway through the film, as did my friend – it’s touching and achingly sad in parts, while hilarious and thought-provoking in others. 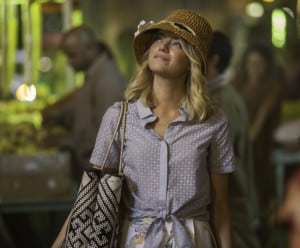 The movie has a very endearing bittersweet quality; I didn’t want it to end. And there’s one utterly hilarious and magical scene involving the male leads – which I won’t spoil here – which speaks volumes about both the actors’ talents and Crowe’s genius at conveying much in a small amount of time. Some brilliant actors can emote so much with their eyes; it’s nothing less than a God-given talent.

I must also express my love and appreciation for a film which gives strong, powerful, funny and complex female characters so much screen time – thank you, Cameron Crowe. Rachael McAdams also shines here, as one side of the love triangle. 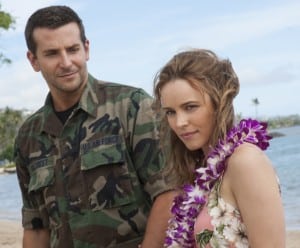 My only mild criticism of the film is, call me strange, I found the fact that Bradley Cooper’s character’s name is Brian Gilcrest somewhat off-putting. I kept envisioning plastic-fantastic American radio personality, television host, and producer Ryan Seacrest in my head – it’s just too similar-sounding – and it made me lose my concentration a few times, taking me away from Brad’s manly loveliness.

You could happily take either your man or your bestie along to see this film with you; don’t believe the hype – it’s truly great. Haters gonna hate; there’s a lot to love here. Aloha hits cinemas this week; do yourself a favour and go see it!