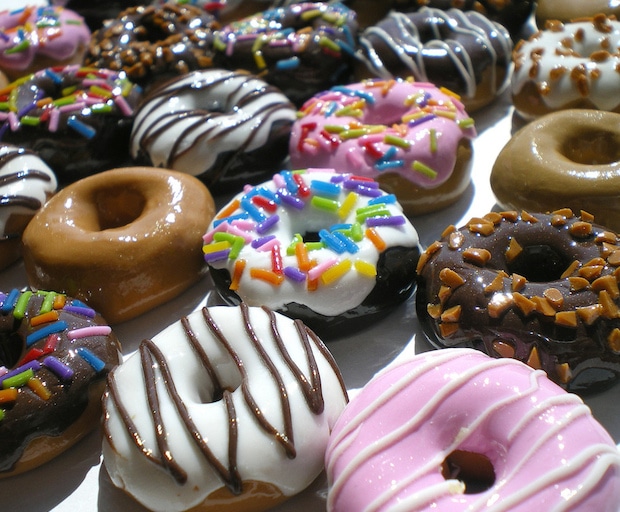 Upon reflection of International Hamburger Day the other week and National Donut Day in the USA, I took it upon myself to have a mindless Google about the different days of food that the world has. Yes, maybe I was procrastinating from doing more important things like going to the gym or cooking dinner, but I found some very interesting things.

At first I was so excited – all these interesting food days, which are like unofficial diet holidays wherein you can eat that particular food! Muffin Day in Brazil, German Beer Day in Germany and Milk Caramel Day in Japan; who comes up with this genius-ness?

Certain countries seemed to have about 4 or 5 days of the year that were dedicated to celebrating a particular food or drink. And then along came America with around half of the days in the year made for food celebrations. When I started to scroll, everything seemed normal at first – you know, all the average things like Eat Ice Cream For Breakfast Day and I Want Butterscotch Day. Shall we note that there is nothing on Valentine’s Day – which is ridiculous because out of all days that should be devoted to chocolate. However, when it comes to eating healthy, there are only 7 days out of the whole food calendar year that are dedicated to fruits, vegetables or eating better.

That means only 7 individual days of the whole 365 day year is devoted to healthy eating – and one of those days is National Potato Day, so that one’s more likely to be unhealthy than not. As a reflection on the growing rate of obesity, I feel that part of the issue is the constant celebration of bad foods. In December alone we have days dedicated to ice cream, cupcakes, maple syrup, pumpkin pie and hamburgers across a span of 8 days. There is even a Carbonated Beverages With Caffeine Day in November – seriously. Most of the days of the food calendar year revolve around fast, fatty and sugary foods.

It’s at this point that we start to realise that this is a problem. Without sounding like another Supersize Me experiment, what would happen if someone ate according to the food day calendar? While there isn’t a national food day every single day, it’s still worrying to think how people eat.

American obesity is at an all time high at the moment and it causes so many health problems that are, in most cases, preventable. Hawaii has been named the least obese state in America, while on the other end of the spectrum Mississippi was the most obese, with over thirty-five per cent of its population being deemed severely overweight. That means, in Mississippi, an approximate one in every three people is obese. Even in Hawaii, which has the lowest percentage at nineteen per cent, an approximate one in every five people is classified as obese.

There needs to be a lot more focus for parents, individuals and children on healthy eating and a healthier lifestyle. Being obese can affect the quality of life due to the sickness’ and diseases that arise as a result, so the fact that obesity rates are at an all time high should be reason enough to have more education and to encourage everyone to keep their diet and lifestyle healthy.