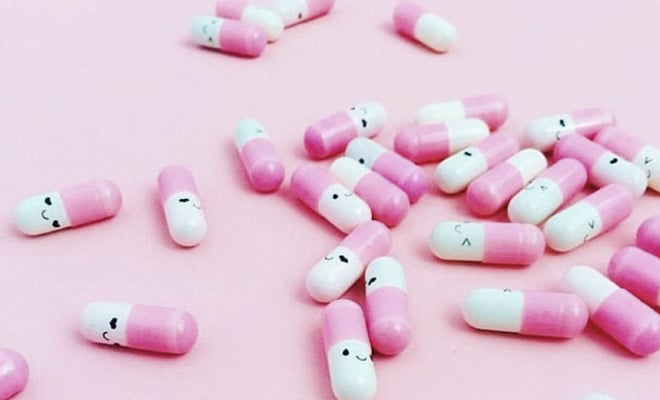 When it comes to brain chemistry, love and depression aren’t that different.

Are these symptoms of depression, or signs that you’re falling in love? In fact, as anyone who’s been depressed, in love, or both might tell you, they could be either. Because as far as your brain chemistry is concerned, falling in love and feeling depressed are surprisingly similar. Both states are linked to changes in the brain’s dopamine and serotonin levels – which are also affected by one of the most common groups of antidepressants: selective serotonin reuptake inhibitors, or SSRIs.

Anthropologist Helen Fisher, an expert in the science of love and attraction, told Scientific American that she believes SSRIs can jeopardize the ability to fall in love, stay in love, or both. And it’s not hard to understand why. After all, falling in love has much the same effect on the brain as taking heroin. No wonder a medication designed to stabilize your mood could shut down your romance.

Psychotherapist Jen Bovee says that throughout her more than 20 years in practice, she’s observed many people’s responses to relationships while taking antidepressants. “Typically the medications numb out the new relationship energy – the butterflies that many people describe, the intense sensation in your chest as you think of this person.” Bovee explains that because medication is designed to normalize feelings and emotions, it can rob a budding relationship of some of its excitement. “Antidepressants have also created problematic sexual side effects,” she adds.

Naturally, this is troubling news for the millions of people who depend on antidepressants to manage their mental health. Do we really have to choose between feeling good and being in love? And if we take mood-regulating medication, are we putting our relationships at risk?

How do you know you’ve met someone special? We’ve all probably had the experience of going on a date with someone who ticked all the boxes – good-looking, funny, polite, smart, kind, gainfully employed – and yet we didn’t have any special feeling about them. We didn’t get butterflies in our stomach when their arm brushed up against us. There was no spark. No chemistry.

Chemistry is the thing we feel when the brain’s dopamine system goes wild, pumping out those feel-good hormones that tell us, “This one could be the one.” In a good relationship, these elevated dopamine levels stick around, keeping those butterflies fluttering even after years together. But when you introduce an SSRI into the system, it can throw things off kilter. “When you drive up the neurotransmitter serotonin in the brain,” says Fisher, “you are highly likely to suppress the dopamine system.” And boosting serotonin is exactly what an SSRI is designed to do.

Of course, this is an oversimplification, Fisher cautions. “The chemical relationships are much more complicated than this.” Still, she says, “Some SSRIs in some people seem to adversely affect the dopamine system, and romantic love gets squashed.” She says she’s heard from many people whose relationships suffered when one partner began taking SSRIs. “I’ve even had a letter from a doctor in Texas who was prescribed an SSRI and began to realize that he wasn’t loving his wife anymore.” At the end of the day, he wrote to Fisher, he’d rather suffer from major depression than fall out of love with his wife.

Who cares about orgasms?

While SSRI’s are literally lifesaving for many people, it’s well-known that one troublesome side effect of the medication is that it interferes with the ability to orgasm. For someone in a relationship where great sex has always been a given – you’re having all the kinds of orgasms, you keep it hot with toys, you get yourselves off in front of each other – losing the ability to climax can put a serious damper on things.

Of course, it’s possible to be intimate with your partner even if you can’t have an orgasm, but Fisher cautions people not to discount the importance of climaxing. She says the female orgasm evolved to help women choose a mate. Bringing a woman to orgasm usually takes patience, gentleness, and a willingness to listen and pay attention. Men who display these qualities, and who care enough to learn how to help their partner climax, are more likely to be good fathers and husbands. By losing the ability to orgasm, women lose out of one method of figuring out who will make a suitable mate, says Fisher.

Are antidepressants really the problem?

Sex therapist Michael Salas, owner of Vantage Point Counseling Services, says he hesitates to blame antidepressants for people’s relationship troubles. While some people do report feeling “numb” while taking antidepressants, making it hard to connect, “many times it’s difficult to tell if this is actually caused by the anti-depressants themselves, or other long-term patterns of struggling with vulnerability.”

As for a lack of orgasms, Salas says this may not be the fault of SSRIs, either. “The antidepressant isn’t always the only thing that can be blamed. Many times there are other factors, such as a pre-existing anxiety surrounding sex, or just depression and anxiety that was already there. All of these factors can impact sex in a negative way.”

Salas says he’s worked with many people who are on antidepressants and whose relationships are not suffering. “They feel strong feelings of connection and romantic love with their partners. If people are struggling with an inability to love, I really recommend they talk with a therapist to unpack where this is coming from.”

Whatever gets you through the day

Millions of people rely on antidepressants to help them cope with serious depression. One in six Americans takes some sort of psychiatric medication, and a 2018 study showed that 25 million adults in the United States have been taking antidepressants for two years or longer. But Fisher questions whether all of them truly need to take an SSRI.

“There are people who are truly depressed who do need [medication] to get through the day, or just to get out of bed in the morning,” Fisher told Scientific American. “But for [those] who don’t really need them, I would want to know what the effects on love might be. We know perfectly well that SSRIs kill the sex drive in many people, but no one has studied how these drugs might affect other brain systems linked with romantic love.”

The problem, she says, is that studying this is difficult, if not impossible. To do so, “you would also have to ask normal, healthy, not-depressed happy people in good relationships to take [an] SSRI, and I don’t think we would get many volunteers for that. I’m not even sure it would be ethical.” So perhaps we’ll never really be able to know what the true effect of antidepressants is on our love lives.

Is it worth it?

Ultimately, the only person who can decide if taking an SSRI is worth the potential impact on your romantic life is you (in consultation with your doctor, of course). Bovee encourages people to “make allowances for themselves as much as possible,” and to have “open, honest, and transparent conversations about the possible impact of these medications.”

For those who feel that they’d rather go the non-medicated route, there are natural remedies for depression that may be effective. And, some argue, the common wisdom about depression and how we treat it could be all wrong. But there’s no one answer that’s right for everyone – and there’s absolutely nothing wrong with taking medication to treat depression.

Bottom line? If the choice is between butterflies and living a happy and productive life, the butterflies may not be worth it.

Comment: Has taking antidepressants had any effect on your romantic relationships?